Farewell Streamzoo! What are the alternatives? 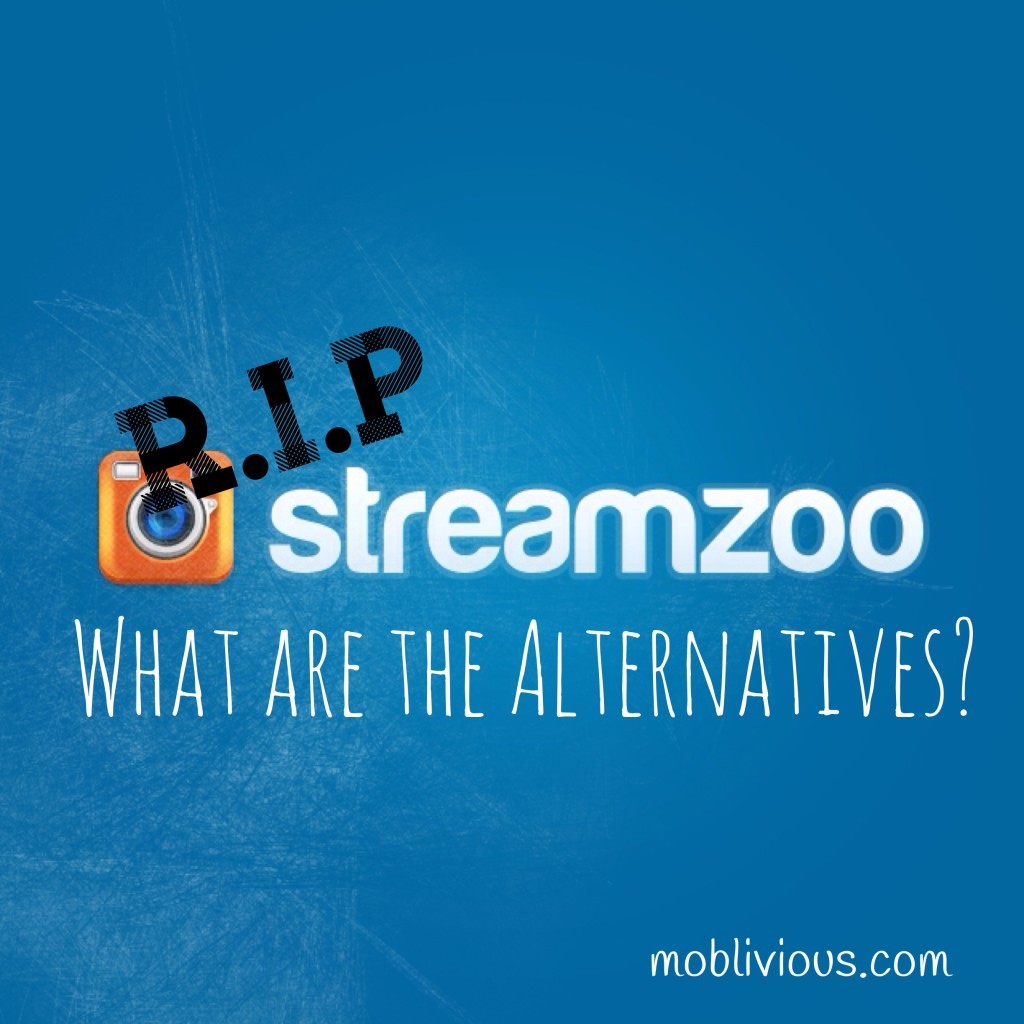 Unfortunately the content of the message confirmed my suspicion. Streamzoo is no more!

What is Streamzoo and why was it a far better app than Instagram?

Streamzoo started at first as an Android App. It was for Android how Instagram was for iOS. Since Instagram was only available for iOS at that time, Streamzoo was the only ‘good’ alternative around for the Android photo-sharing community. Not long after Streamzoo also launched its iOS App!

When I tried it the first time, I could immediately understand why so many people attracted to it. It had a fresh view on social photo sharing. For example, it promoted Hashtags or Streams in SZ’s term, into a first class citizen. Not only that it had a front-page exposure, along with the common Popular page, but users could ‘follow’ it as well!
Streamzoo was also the first photo-sharing app that incorporated an in-game mechanic into its app. Users collect ‘points‘ when they uploaded pictures and when received likes. With these points then they could compete to get into the Leaderboard! There were lists for daily, weekly and monthly rankings.
And then there were Badges, ala Foursquare! Users get awarded with Badges when they, for example accumulate a certain number of action (+50 Likes you get Catcher badge), take a number of photos of a particular theme/object (Sky Walker – Upload photos of the sky), or a particular photography genre (HDR, B&W, Fisheye, etc), or even upload photos taken with a particular camera (Canonista, Nikonista)
You can see from these Badges that Streamzoo doesn’t limit itself to mobile photography, in fact you can also upload video (way way before Instagram came up with its 15 seconds video)!

It was a platform and media type agnostic photo-sharing app.

Other Streamzoo’s cool features were:

1. 18 Filters and 15 Borders to choose from. These in themselves are not special, but what’s good is that you can mix and match between the filters and the borders (unlike Instagram where you are stuck with one to one combination).
2. A choice of 6 crops ratios, with rotate and flip. (Instagram is Square only).
3. 4 type of Tilt-Shifts (Rectangle, Parallel, Circle and Ellipse). (Instagram has only 2 types).
4. In App editing for Hue, Saturation, Brightness and Contrast. (Instagram doesn’t have any of these).
5. Make a collage from your photos.

And the last but especially not the least, it was not only available for Android and iOS, but you also could enjoy the full experience on the web! Yes, and that was including photo upload too (with filter preview)! Though Instagram had finally managed to put up the web profile, it is still a big question if we ever could post our photos directly from the web. Let’s just say don’t hold your breath for it!

As you can see Streamzoo was far more superior than Instagram.

One drawback about Streamzoo was the user interface. It was a little bit cluttered and clunky. Although in recent releases the team had done a nice job to overhaul the interface and it became much better. Streamzoo also added a new feature called Groups where you can share your photos either privately among the member of the group, or publicly. It’s a nice concept to accommodate the number of communities inside Streamzoo.

At the time when Instagram was in trouble following its Facebook take-over and the Photo Ownership blunder, many-many dissatisfied Instagram users went over to Streamzoo (or other services), or at least gave it a try.

But I guess at the end everything came down to the members and how much money you have in the bank. It looks to me that Streamzoo couldn’t compete in both front and decided to throw in the towel. Instagram, despite of all its drawbacks still being used not only by millions of people (iOS and Android alike) but also is the chosen photo-sharing platform for many celebrities, brands and businesses. Coupled with Facebook support (read: bank account), it is very hard to topple Instagram as the number one in the photo-sharing app ladder, even if your app is miles better.

Other competitors like EyeEm, Tadaa, Flickr and Google+ (in my opinion the best 4 photo sharing alternatives) are doing the best they can to carve a niche at the fringes.

EyeEm has a beautiful app and has a more mature look and feel and attract a lot of professional clientèle. It also gearing up towards opening the EyeEm Market, its version of micro-stock market place where users can sell their photos. EyeEm is available for iOS and Android. It also gives you Web Profile, though you can only post your photos from the app. (disclaimer: I’m an EyeEm Ambassador).

Tadaa, who’s also got its own dedicated fans, has been diversified itself by creating a couple of awesome photo apps, like Tadaa 3D and Tadaa SLR, which allow you to create amazing Parallax effect and Bokeh effect respectively with your photos.  Both apps also allow you to re-share to Tadaa photo-sharing network. Tadaa is iOS and Web (no upload) only at the moment.

Flickr, arguably the ‘original’ social photo sharing community, had recently re-invented itself by creating a cool photo-app (iOS and Android) and done a total re-designed of its Website. Flickr has been a home for many-many traditional photographers and a vehicle for them to share and showcase their works. It also hosts thousands of groups, which will cater anything you fancy. Last but not least, Flickr gives you 1 Terabyte FREE storage for each member! Indeed it is a great place to backup your photos.

Google+ started as Google’s pet Twitter/Facebook-killer project. But for some reason it has become a watering hole for many photographers on the planet. It’s available on Android (obviously) and iOS as well as the Web. You can upload your photos not only from the app but also from the web. And since Google acquired Snapseed, you can edit your photo online too! Like Flickr, Google+ hosts a myriad of Communities, many are Photography based, you won’t be alone 🙂

If you are a Streamzoo user and want to find a new ‘Home’ but loath to go back to Instagram, you really can’t go wrong if you pick one of these cool communities.

Farewell Streamzoo – It’s been a pleasure!

But sadly for Streamzoo, this is a goodbye. I thank Streamzoo team for all their hard work and effort to keep the app running and the communities alive, I am sure it hasn’t been very easy.

Streamzoo was at one point a home to me and I had found many friends there along they way.  For all my SZ friends who still want to get in touch, please check out the about page where you can find a list of other places you can find me.

So long Streamzoo, you will be fondly remembered.