Yesterday, 2nd June 2014, the annual WWDC 2014 began. The Apple event especially caters for the developers was at its 25th year, and as usual it was opened with a Keynote Speech. This year Keynote Speech was for me one of the coolest one in a long while. Apple has step up its development effort in a massive way, no doubt to answer the almost unstoppable march of those Android devices and to lay a solid ground-work from which the developers can plan and execute their next generation advance in apps creation. 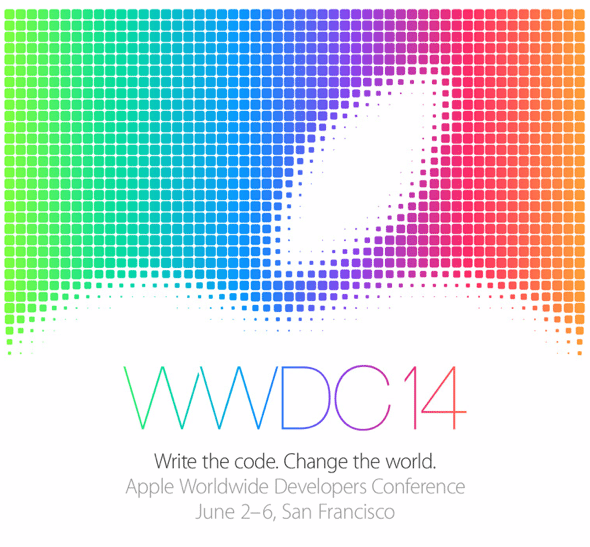 The Keynote Speech started with the unveiling of the new Mac OSX which is called Yosemite (last year version was called Mavericks). It’s probably no surprise for anyone that with every iteration OSX is getting closer and closer to resemble its iOS cousin. The user interface has been refurbished to show clean and flat looking façade and translucence background.

The similarity doesn’t stop there either, the two OSes have been made to work together tighter then ever before. One point you can start writing email in your iPhone on the go, moving to your iPad to pick up where you left off when you get home, and finally send it via your Mac.

If you are a Mac User, OSX Yosemite looks to be a must-have upgrade, and (Microsoft hear this!) you can get it for FREE!

The next thing that Apple previewed was the next generation of iOS, the iOS 8. The current iOS7 was a huge leap from iOS6 featuring a brand new User Interface which philosophy now has been adapted by Apple for all its future software development.

The new iOS 8 would be a massive upgrade!

Although admittedly it won’t affect much for the end-users. But it’s a very big release for the developers. Let’s face it, in this day and age, a mobile device (and its OS) will not be too popular or even much useful without a massive support from its developers and their apps, just ask Nokia or Windows Phone owners.

With iOS 8, Apple has ‘widen the gate‘ and allowed the developers more access to its iOS inner working. In addition Apple has also created (programming) tools to make it easier for the developers to program complicated things.

Apple’s new programming language, called Swift, includes advance features typically found in modern programming languages. I must say the programmer in me is doing a back-flip. I did try to learn Objective-C at the beginning of iOS life but didn’t manage to continue. Yesterday after seeing what the language could do, I think I might just try to continue my learning.

What’s the point of this for non-developers? What does this mean for us end-users? It means that the developers have been given the key to more advance and powerful feature of the iOS (and the iDevices). They have more freedom to realise their creative idea more than ever, and more importantly they can do it faster and easier! All of these mean that soon the end-users will reap a huge benefit in term of Apps sophistication and variation.

Now let’s talk about specific new features that are scheduled to come with iOS 8 for Photography. Here are the short list:

Let’s have a look at each of them in more details.

Essentially it’s the Cloud Storage for our Photos like how it should be. Currently with iOS 7, the only way we can store our photos ‘in the cloud’ is by registering to one of the third-party Cloud Storage provider like Dropbox, Copy, or Google+.

Sure we have the Photo Stream, but you can only save the last 1000 photos in it, and this is unfortunately done automatically, there is no way we can upload any photo manually. We have also the original iCloud, but so far iOS only use it to backup data off our iDevice. Again there is no mechanism to freely upload anything we want directly. Well this is about to change!

Thanks God that Apple finally realised the serious limitation of its ‘not so cloud‘ iCloud service! The new iCloud Photo Library is a full-fledge Cloud Storage service. It will automatically backup all your photos and videos to the service at full resolution in their original formats, including RAW files. Furthermore, unlike the current ‘crippled’ service, you will be able to access these photos and videos not only via your iDevices but also from the Web! 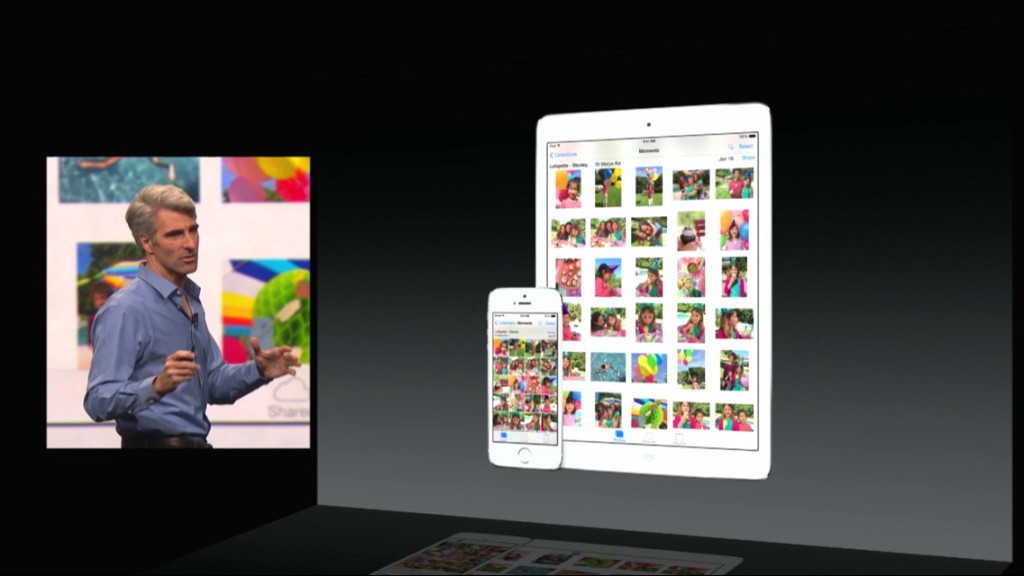 Your photos will be organised into Moments, Collections and Years – just like what you see in the current Photo Album. The new functionality will also provide a powerful search feature where you can find photos by date or time, location or album name. 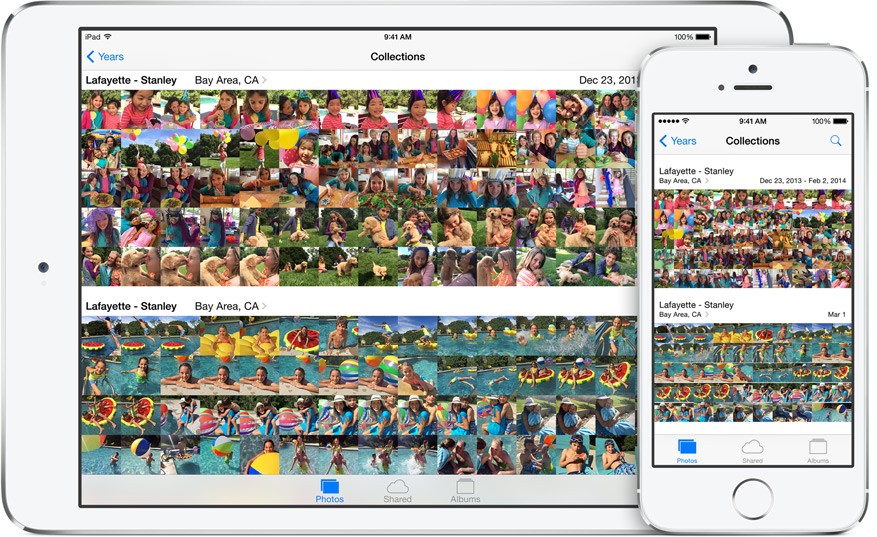 Now, there is just one drawback with the new iCloud. Only the first 5GB is free, if you need more than this you will have to pay for it! For a majority of users this limitation might not be a problem, but I know that serious Mobile Photographers would typically carry more than 5GB worth of photos and videos in their iDevice (I have currently 11GB). For some of us, 5GB might not be enough. Mind you, most third-party Cloud Storage providers would give you the same amount of storage with your free account, or even less (e.g. Dropbox only gives 2GB). 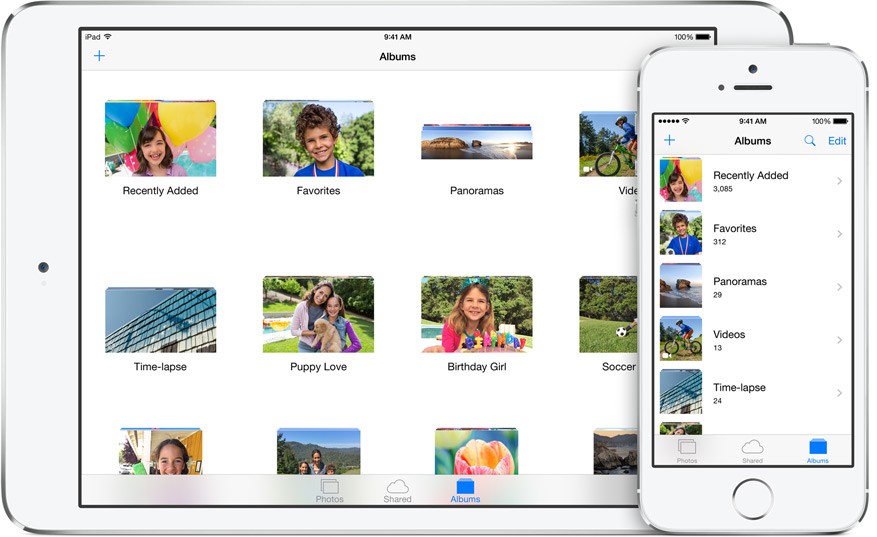 Nevertheless, the ability to auto backup ALL your photos (not just the first 1000) without the hassle of registering to a yet another Cloud Storage provider, and the convenience of being able to access them just by using an Internet Browser are such a big improvement to what we have now that I’m willing to give the storage limitation a pass. Though I wouldn’t cancel my Copy or Flickr account anytime soon. Not just yet. 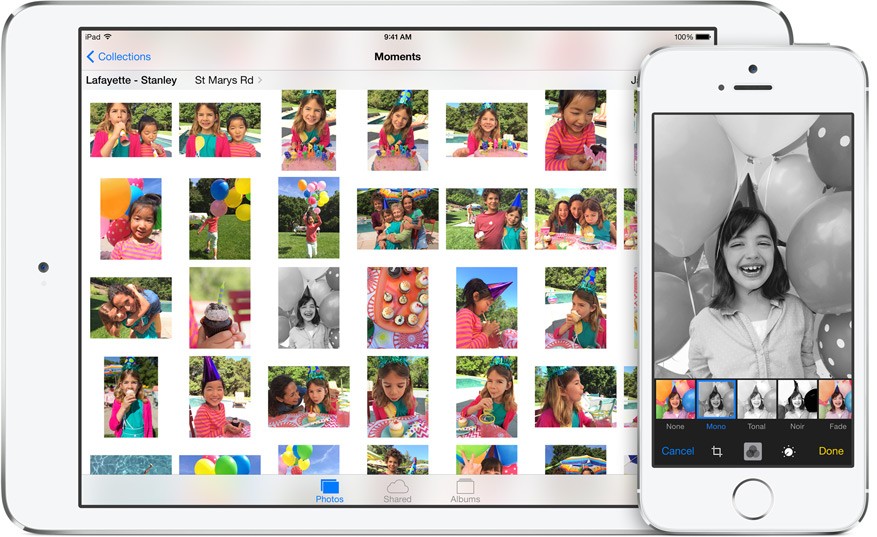 No matter how we take care of the way we take photos, once a while we would come up with somehow ‘wonky‘ photos. These are photos that doesn’t look level/straight. Normally to fix this defect we would need to go to a third-party photo app like Snapseed or the new SKRWT to straighten it. In iOS 8 you will be able to do this directly from the native Photo App. Whilst is not a big deal, again it is convenience and will save a lot of time going back and forth between apps.

Another and rather more useful new feature though is what Apple calls Smart Adjustments. The two new tools that I can see from the preview are called Light and Color. Essentially you can adjust some of your photo’s Exposure characteristics, such as Brightness, Contrast, Highlights and Shadows, just by sliding your finger on a dial. You can see the result of your adjustment in real time. That is for the Light tool. I assume it would be similar with the Color tool. I’m guessing it would adjust the photo’s Saturation and other characteristics.

You can fine tune too

One of the benefit from the enhancement that Apple is doing for the Developer is that now Photo App Developer can attach it’s Filter and Editing tools directly ‘inside’ the native iOS Photo Editing module. Imagine that instead of using the above Smart Adjustment, you will be able to edit your photo, for example with VSCOCam editing suite, directly from the Photo App! Or instead the arguably plain standard iOS filters, you can turn your photos into watercolor sketch by using Waterlogue app filters, without leaving the Photo App! 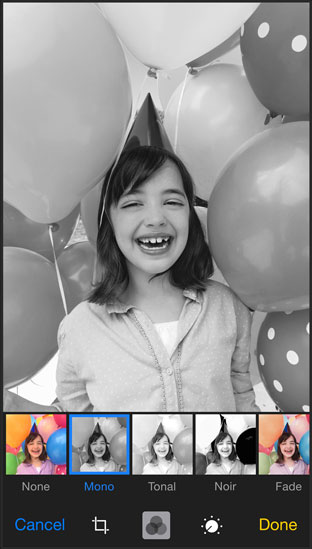 This is a potentially huge improvement for us Mobile Photographers. Most of us do App-stacking, i.e. use different apps to edit the same photo. With this new feature, we could potentially edit our photo from start to finish without even opening those third-party apps. This is totally awesome! 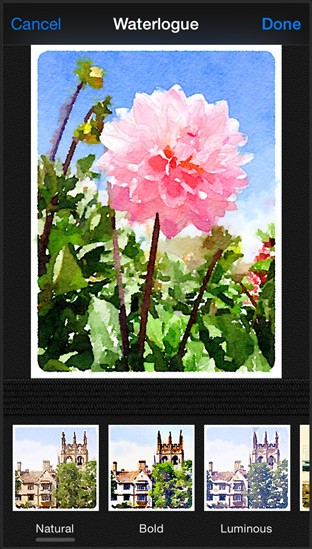 This last new feature is not something we normally do, simply because it requires a third-party camera app and it takes a bit of time to create. But now that Apple is incorporating the feature directly in iOS 8, maybe we will see more of this genre of Photography. If you don’t know what Time-Lapse video is, check out this example. 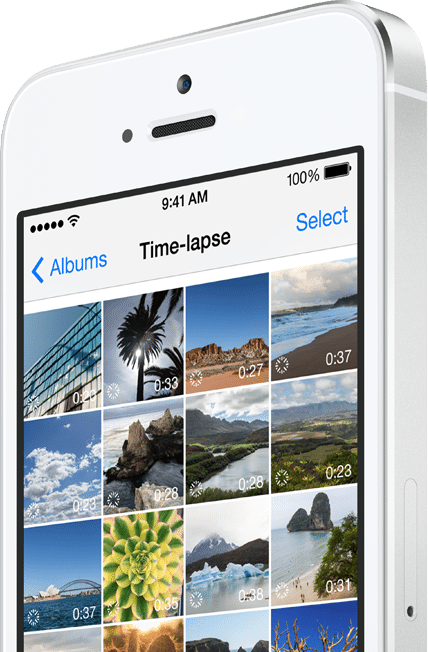 As a Mac and iDevice user, I’m absolutely thrilled with the new features that Apple will have in store for the new OSX and iOS 8. As a Mobile Photographer I’m especially delighted with the iCloud Photo Library and the prospect of having my Editing Process integrated in the main Photo app. 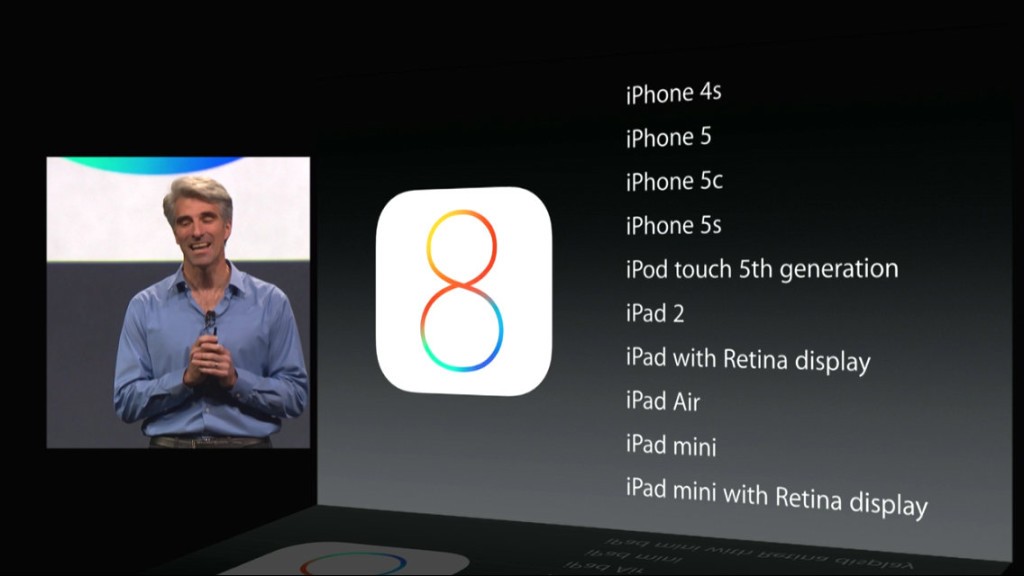