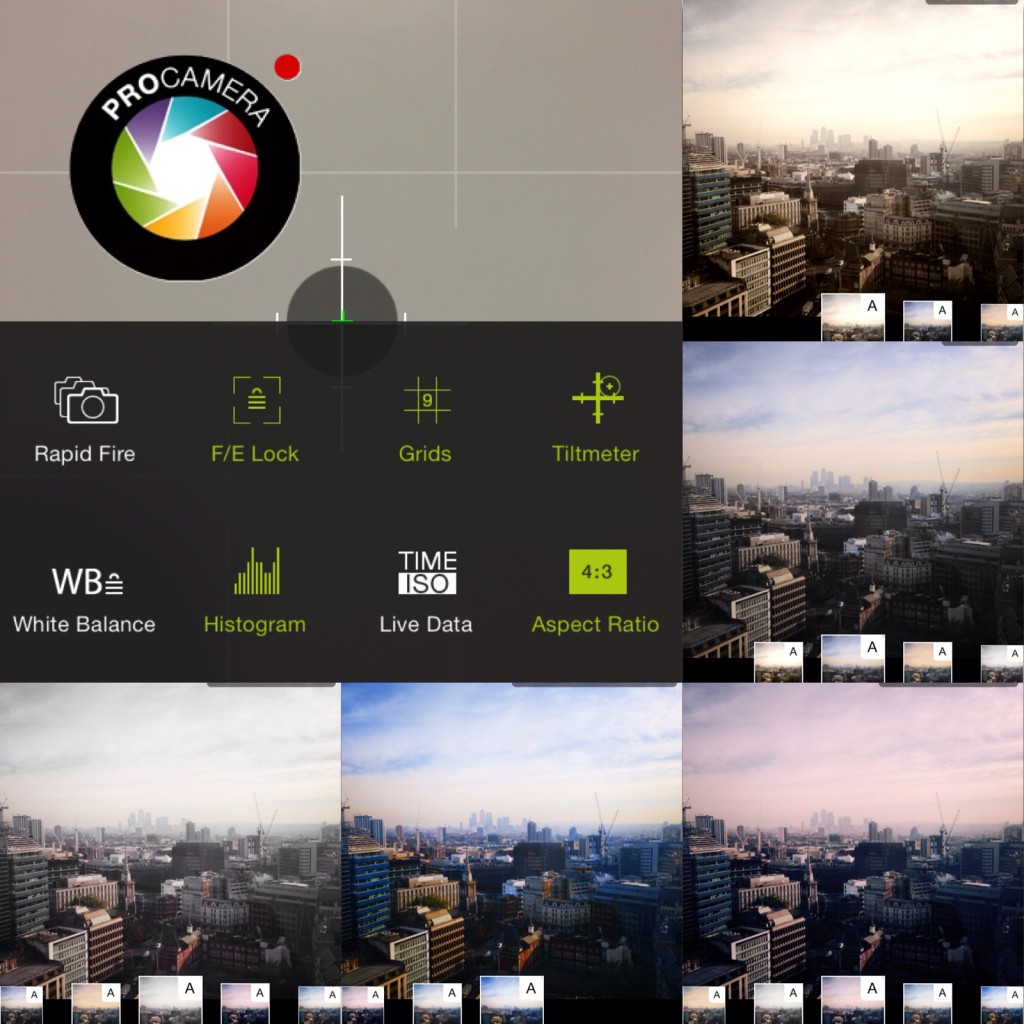 Anybody who’ve been reading my blog knows that I’m a big fan of ProCamera. It’s my go-to Camera Replacement app and it’s always sitting on my home screen, ready for me to launch any time.

As I’ve written in a great details on my last post, ProCamera 7 is the new – iOS 7 only – successor of the ProCamera Classic which now seems to be discontinued as I can’t see it any more in the App Store. The new incarnation sports the iOS7-look flat User Interface and many of the functions have been repositioned to enhanced usability and accessibility. It also has a brand new photo editing tools and exclusive filter packs. Needless to say, as a regular user of Pro Camera myself, I’m very happy with the changes and the new improvements. However, some functions were still missing from the first version, things like Histogram, QR Code reader, and EXIF Viewer; and a few minor bugs were introduced like a shutter release lag when using Fullscreen Trigger (one of the most important feature for Streetphotographers).

Gladly these are the things that ProCamera dev team had fixed in the latest update (5.1).

Here are the list of fixes and new functions that are included in this update:

Why Histogram is a very powerful tool for a Mobile Photographer

I was very happy that they fixed the Fullscreen Trigger lag, as I use this feature everyday. But another thing I was extremely happy for was the Histogram. 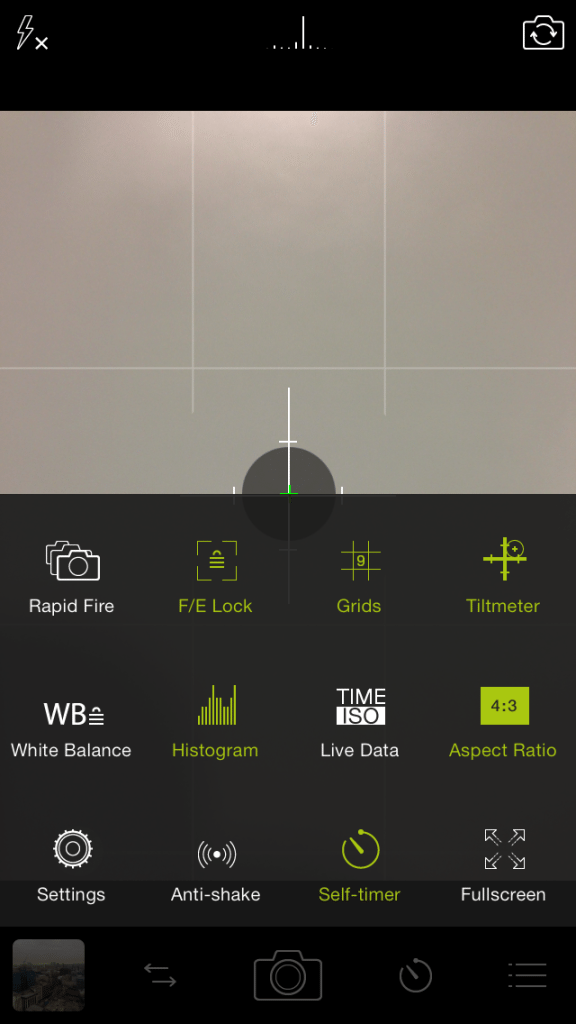 If you haven’t used or seen this function before, maybe you remember one of my post when I talked about the Dynamic Range of Brightness, between the Lightest and the Darkest, of one scene. The Histogram tool in ProCamera 7 will measure these light and dark values and show them in a little graph.

Here is a bit more detailed explanation taken from Wikipedia:

You can see from the explanation above that Histogram if a very useful tool for a photographer. By looking at the graph, you can judge and subsequently set your Exposure as necessary.

The Histogram tool in ProCamera 7 has two additional features that makes it a very powerful companion for every mobile photographer.

The second feature of the Histogram tool in ProCamera 7, is that it will show these measurements in ‘real time’!

So as you pan and move your iPhone, or as you adjust the Exposure control, ProCamera 7 will show you the tonal values of the scene as the camera sensor sees it. This ability to see Histogram in real-time is quite unique for mobile photographer because even the modern DSRLs don’t have this functionality! Photographers who use DSLR can only check the Histogram ‘after’ the picture has been taken.

To tell you the truth, I’m not the best judge for this filter because my knowledge of 35mm is very limited. But I’m sure many of you knows and may recognise what these filters are trying to emulate. Just for the fun of it, I include all of them with examples here:

By the way, it says that you have to like their Facebook page to ‘unlock’ the Analog Pack, but if you don’t have Facebook, you can just tap on the Like button – close the app and re-open it again and you should have it unlocked.  In anyway, I’ve seen a few apps that does this type of ‘Like my Facebook to unlock a Premium Feature’ thing instead of an in-app purchase. 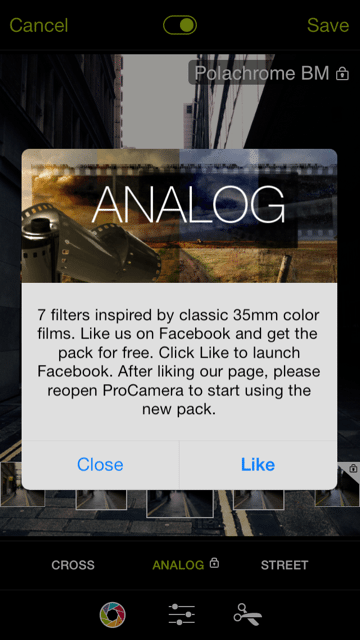 If you are serious about your photography, don’t settle for less (aka the standard iPhone Camera). Take control of what you can or you can do about your photos and get ProCamera 7 (£1.99/$2.99/€2.69).

Check out my full review to get more information of all the features.

As always, if you have any questions or thoughts about this post, please write it down in the comment. Don’t hesitate to re-share this post to your friends and followers (they might benefit on the information). And subscribe yourself with the newsletter (on the form at the sidebar) to get regular news directly sent to your inbox.