The iPhone 5 Camera: The Consumer’s Camera

If you’re good at making something, why stop? Apple Inc. made incredible strides with the release of the iPhone 4, and subsequently, its upgrade – the iPhone 4s. 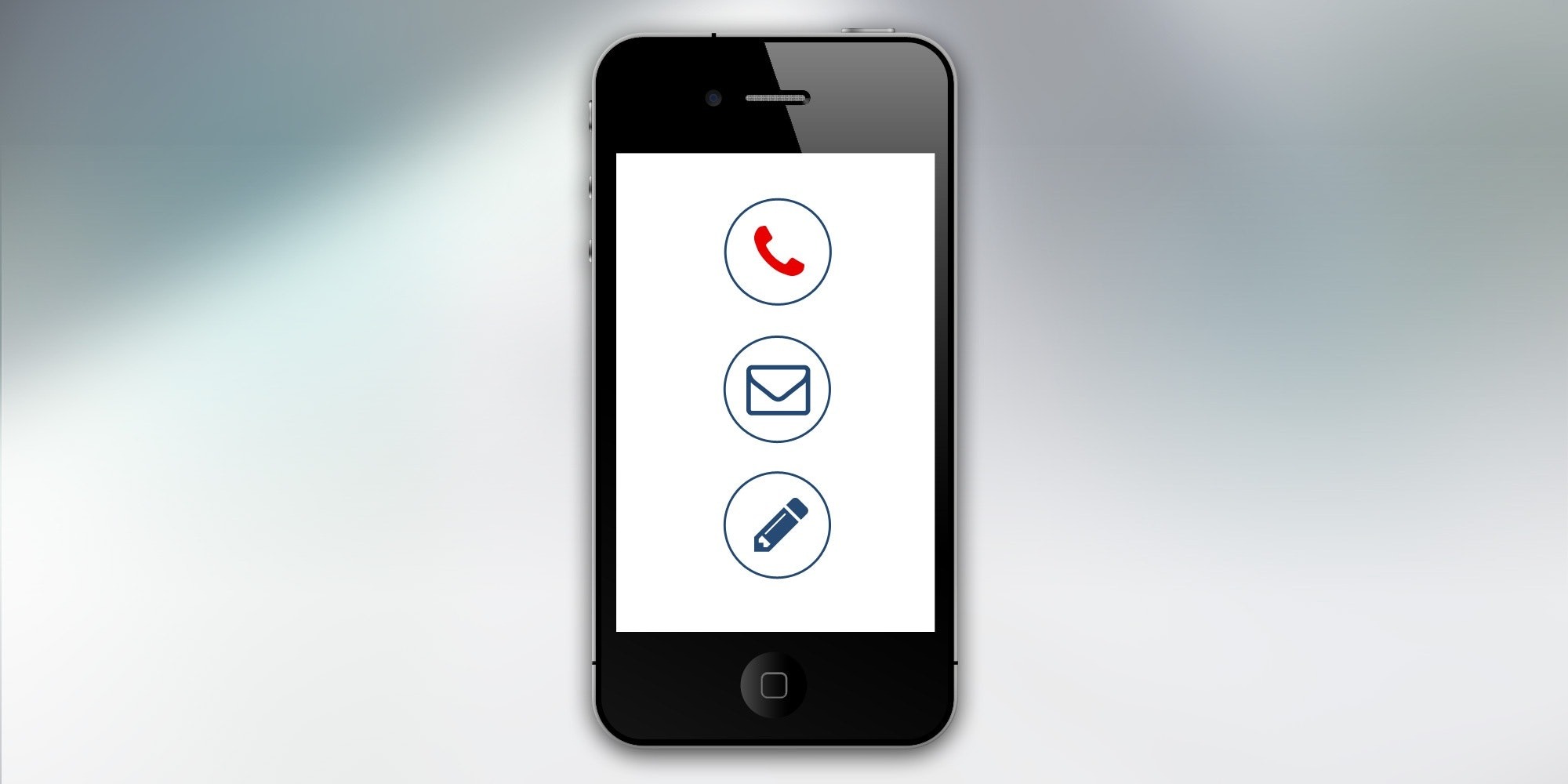 Their track record in the smartphone biz had been lagging before 4 series release, but its innovation, both aesthetically and functionally, made it the phone to beat.

However, the smartphone business, like any other, is full of peaks and valleys. All it takes is a little bit of time and for the latest competitor’s phone to be released and consumers become anxious.

As great as it was, the iPhone4 faded from popularity making way for Apple to make its next statement on the industry. They replied with the iPhone5. The 6th generation iPhone was meant to retake the market with its slogan: “The biggest thing to happen to iPhone since iPhone.”

With a robust marketing campaign, and rabid iPhone loyalists, the iPhone 5 was set to have record breaking sales that even Apple had never seen before. Over 70 million units were sold, with 2 million preorders in 24 hours. Apple didn’t have enough produced to keep up with the demand.

So, what is that make the 5 special?  Sure, there are many features that can be focused on from its new sleek body design to its updated processor. However, the iPhone 5 camera is one feature which is worth noting for its capabilities and because it’s one that you’ll certainly end up using at some point.

Quick Navigation
​Feeling Alive with the 5
Low Light Mode Feature
​5 and 5c Cameras Are Identical, Well Almost
​The Bad: Purple Haze
​The Good, the Not so Bad, and the Good

​Feeling Alive with the 5 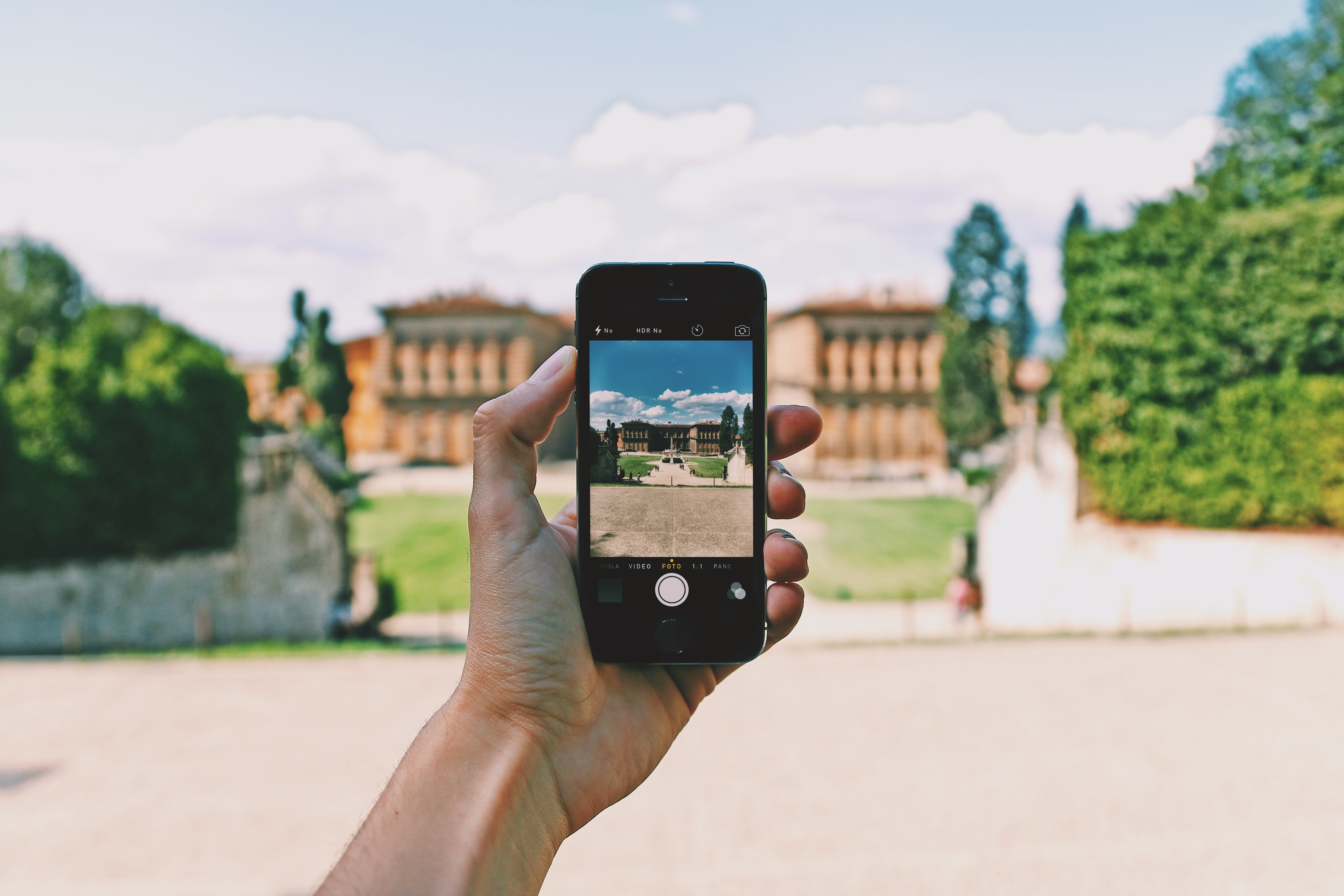 When consumers think it can’t get any better, Apple showed them it can.

On paper, the upgrades and improvements over the iPhone 4 are not that noticeable. However, there are several tweaks that allowed the 5 to get the most from its hardware.

The iPhone 5 rear facing camera has an 8-megapixel iSight camera, which marks a slight improvement from its predecessors. Its video capabilities come with HD 1080p recordings with up to 30 frames per second.

The front facing camera still comes equipped with the FaceTime HD camera abilities taking 1.2MP photos and HD 720p HD videos with 30 frames per second. These features come with additional autofocus options that you can tap to focus. This is perfect for manual users who like a more hands-on photo experience.

The iPhone5 camera has face detection for video and still images. Like the iPhone 4, iPhone 5 camera also has Apple’s standard LED flash, although it now comes with improved video stabilization so your videos appear less shaky. Another feature not available in its predecessors is the photo and video geotagging feature which allows camera access to your location for saving memories.

One notable perk of the iPhone5 camera is its user experience. It’s fast and responsive not only to your actions, but also to how it adjusts to surroundings. It’s very easy and quick to start the camera and photo taking experience offers quick focusing and almost instant image capturing.

Unlike the 4 series, the iPhone 5 camera has the ability to take panorama shots. The panorama feature can be accessed under the options menu located at the top of the screen while the camera is in use. It’s incredibly easy to use as toggling the panorama options initiates an on-screen arrow which guides you from left to right until the photo is complete. This feature also works when taking vertical panoramic shots which allows you to capture some unique photo perspectives.

Although the iPhone 5 is not the first smartphone to have a panoramic photo option, Apple still found a way to improve on the idea. The iPhone 5 puts all the images together for you in one seamless user-friendly action. If you really think about, the panoramic shot is 28mp of imagery which the iPhone5 puts into one photo.

While the physical specs of the iPhone 5 camera are the same as the 4, Apple made a couple of tweaks to optimize its performance. Saying that it has the ability to take image quickly is no overstatement as it takes photos 40% faster than its predecessor.

Additionally, it has a low light mode especially made for taking photos in darker situations. This mode does reduce the overall pixel count of the photos but greatly improves the cameras ability to take darker images. To add to this, the new sapphire crystal lens allows more light intake and an updated filter that processes natural colors more efficiently than the iPhone 4.

One of the things that made the iPhone 4 popular was its intuitive user experience. What good is a camera that can take amazing photos if you don’t know how to navigate the software? Not Much. The iPhone 5 continues on this trend and improves on it. It has a larger on-screen shutter in addition to standard fast-key option via the volume buttons.

Also, it has the wonderful advantage of being able to access the camera function from the phone’s lock screen by swiping up on the camera icon. 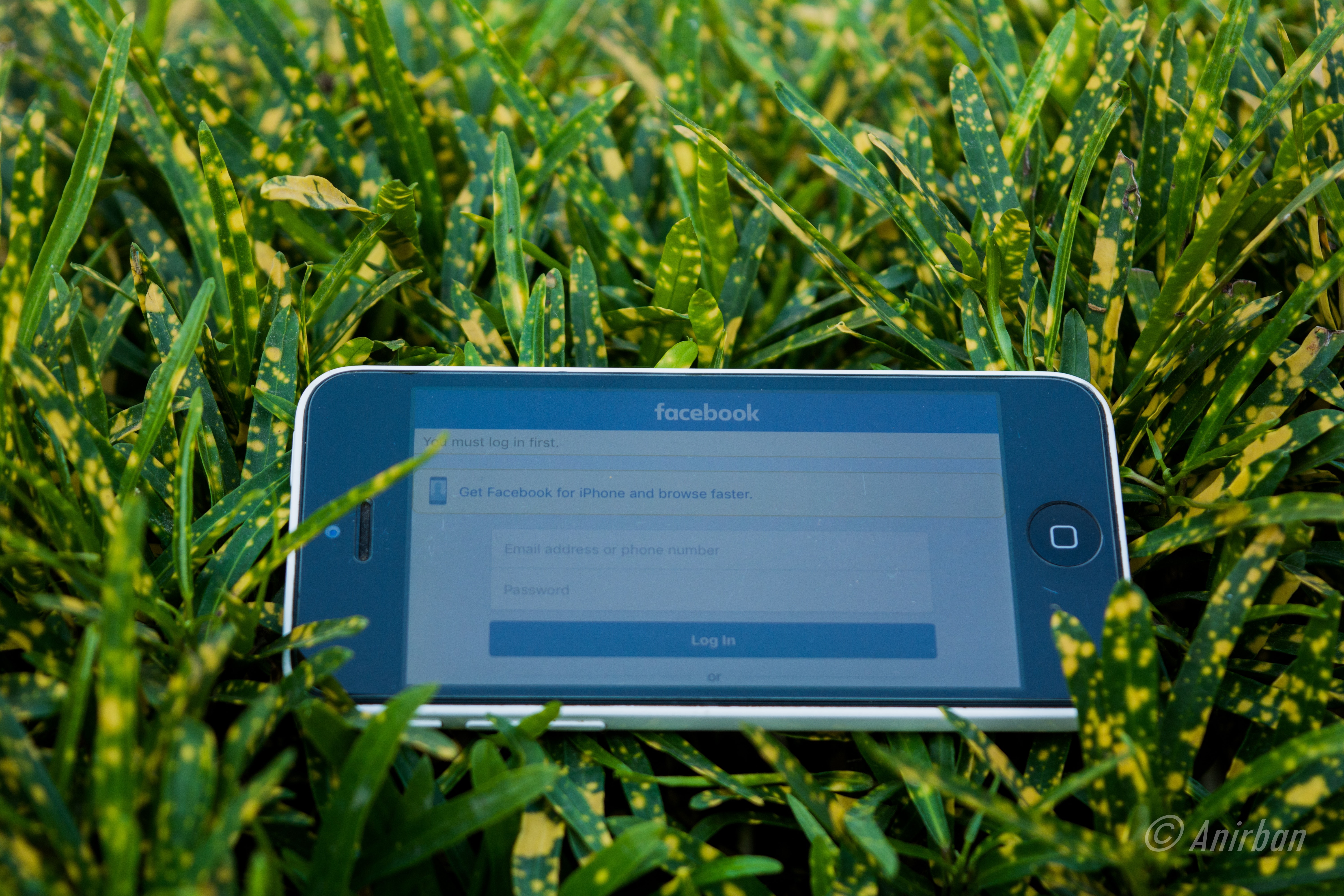 At first glance the iPhone 5c camera really isn’t much different from the iPhone5’s.

Technically, it’s not at all different. Both phones have almost identical cameras. They have 8 mega-pixel main sensors with a standard single LED light for flashes. They’re equipped with the same f/2.4 lenses. This lack of difference was disappointing for consumers hoping to get some incredible improvements, which they really wouldn’t see until the more advanced iPhone5s.

However, the iPhone 5c camera has slight tweaks, which on paper, separate it from the iPhone 5. Apple, again focusing on the user experience, has provided a different camera app. This upgrade allows you to shoot images either in full screen or square. It also has 8 live filters which allow you to manipulate your photos while shooting.

The video specs are the same, but there is increased video stabilization. The front facing iSight camera is the same 1.2 megapixel as the iPhone 4. However, it comes with an upgraded backside illumination sensor which allows you to take better selfies in low lighting conditions.

Also, it’s good to keep in mind that the iPhone 5c operates on IOS7 instead of IOS6 like the 5. While this affects the entire phone’s capability, it also does have some small implications giving the iPhone 5c camera the edge.

At the very least, the redesigned camera interface is more intuitive for users. 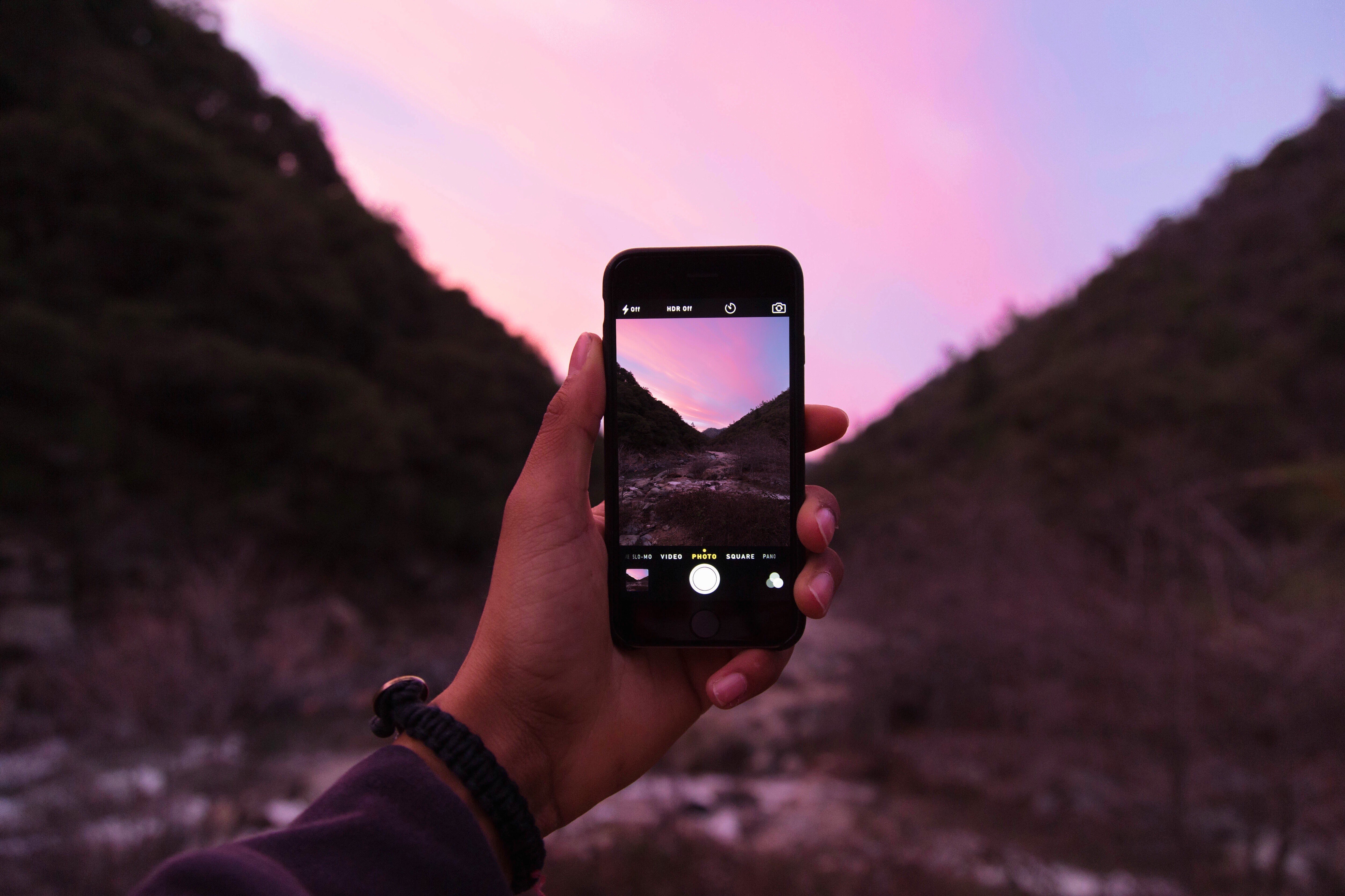 Most reviews for the iPhone 5 Camera and the iPhone 5c cameras give them high ratings, but the fact that they have the same functional parts means they share similar issues.

There are some small issues with both phones which depending on the user may or may not be important. For example, the single LED for flash is blunt and serves only to add light without much finesse to photos. However, this isn’t a make or break issue.

The biggest issue with the iPhone 5 and 5c camera is their unmistakable lens flare. While other issues can be subject to user preference or even lack of technological advancements, the 5 and 5cs purple lens flare is practically a standard feature. The issue was so prevalent that it made headlines.

Apple explained the issue chalking the glare up to the fact that the type of lenses used in phones are very thin and prone to creating glares when exposed to too much light. They even went as far as to explain that it’s common for other smart phones to have the same issue.

Common or not, this was not an issue with any of the iPhone 4 models. Ultimately, what the issue points to is the change from a mineral glass lens to new sapphire lens. Apple did this to make an improved lens for coating and to have more durability. However, when looking at side by side examples of the same photo taken with sapphire and crystal lenses, there is a very noticeable difference.

​The Good, the Not so Bad, and the Good

Aside from the purple glare, the iPhone 5 and 5c cameras are great to have on hand.

Most issues are relatively small or indicative of the overall available technology in 2012. The fact is that the iPhone 5 and 5c can take high quality photos and videos, even to some standards in 2018.

The one thing that Apple got right with these two cameras is their focus on the user experience. Using either of these cameras will get the job done quickly and without much hassle. The lack of outlandish upgrades can be overlooked, especially considering they eventually got it right with the 5s. The 5 and 5c are easy to use even for someone with very little photography background.

By making the user interface more accessible with more features, Apple was able to hit where it really matters – the consumers.

About the Author: Team Moblivious