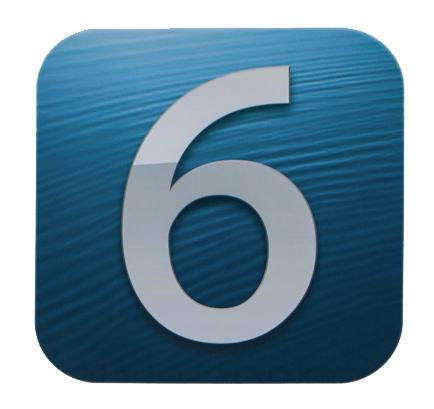 On Monday, 11th of June, Apple held its annual conference WWDC 2012, a conference intended for Apple’s developers.  Traditionally, at this conference Apple also holds a major Keynote, to announce new things, from hardware and/or software side, coming out of Cupertino’s foundry.

This year, just like usual, they did a Keynote, and although without the usual figure of Jobs, Tim and his team had delivered quite a good run-down of what are going to come next.  Apart from the new and amazing Macbook Pro with Retina Display, what might be more important for us, iPhoneographers, is the new iDevice Operating System – iOS 6.

Having said that, evidently there won’t be many significant changes in iOS 6 from Photography side.  We will still need to wait for iPhone 5 announcement to find out what new features will be added to that next iteration of hardware, but as far as new software concern, here is what we will have.

‘Sharing’ seems to be one of important thing in Apple’s mind in this version of iOS, and this is reflected with the new change in the Sharing Menu.

Currently in iOS 5, we have the following Sharing Menu (you can open it from the Photo App): 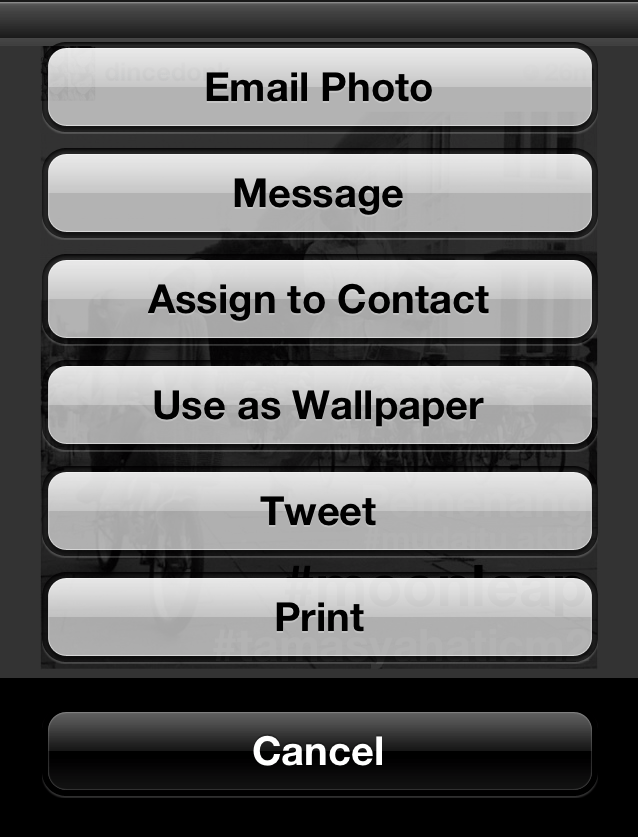 In the the new iOS 6, Apple has changed the title list into icon grid, and we will have more choices as you can see from the screenshot below: 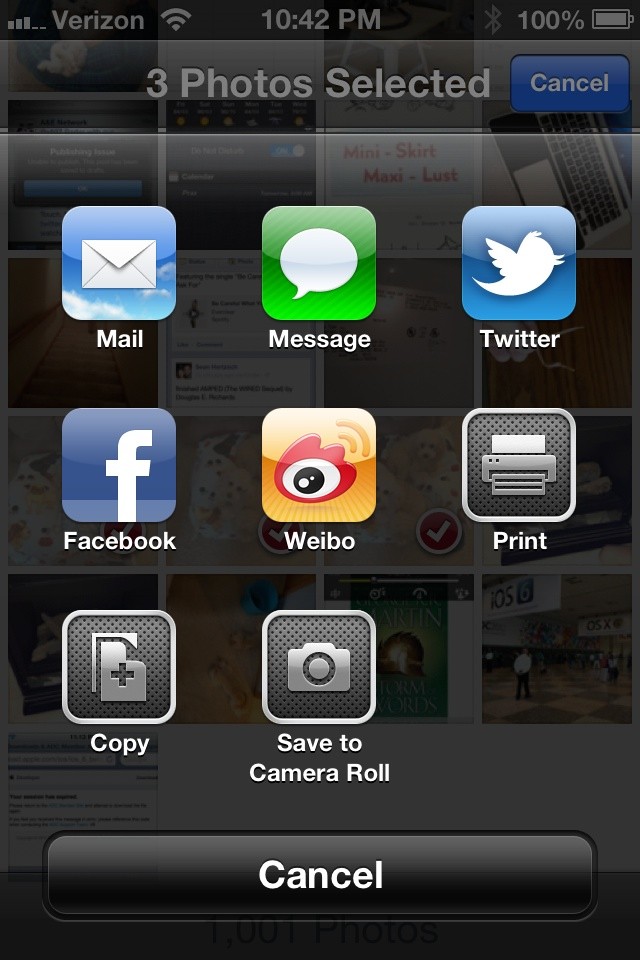 I don’t Instagram here though, and if you are an Instagram user, you would agree with me that it would be awesome to have that option (share to Instagram) directly from the Photo App.

The second new feature that Apple is putting into iOS 6 has still got something to do with photo sharing, but this one is using the iCloud as the delivery mechanism and it’s called Shared Photo Stream.

With this new feature you can pick photos from your Photo Album and share them with anybody, presumably the one in your address book, or by their email.  Anybody that has iCloud account in their iOS 6 device, or has a Mac with Mountain Lion (the new OSX Operating System for Mac) will get delivered these photos into their Photo App or iPhoto. 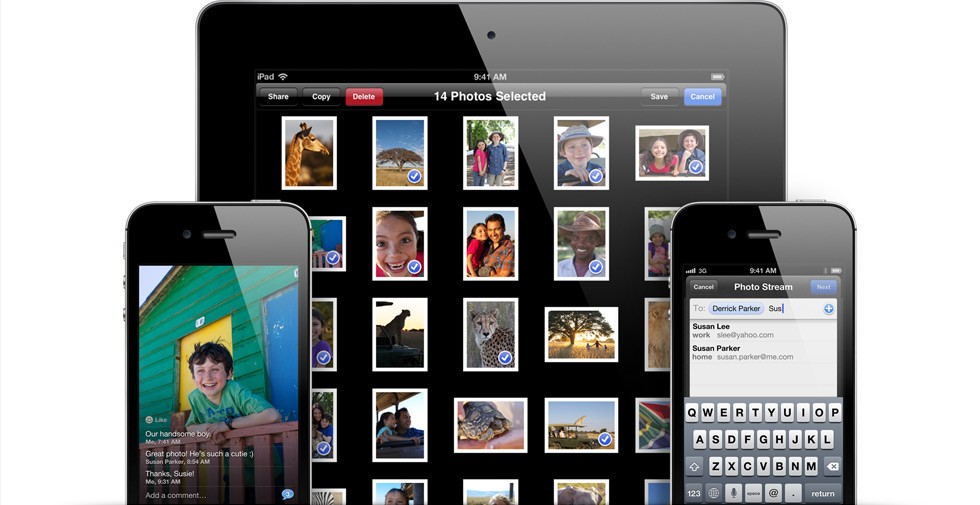 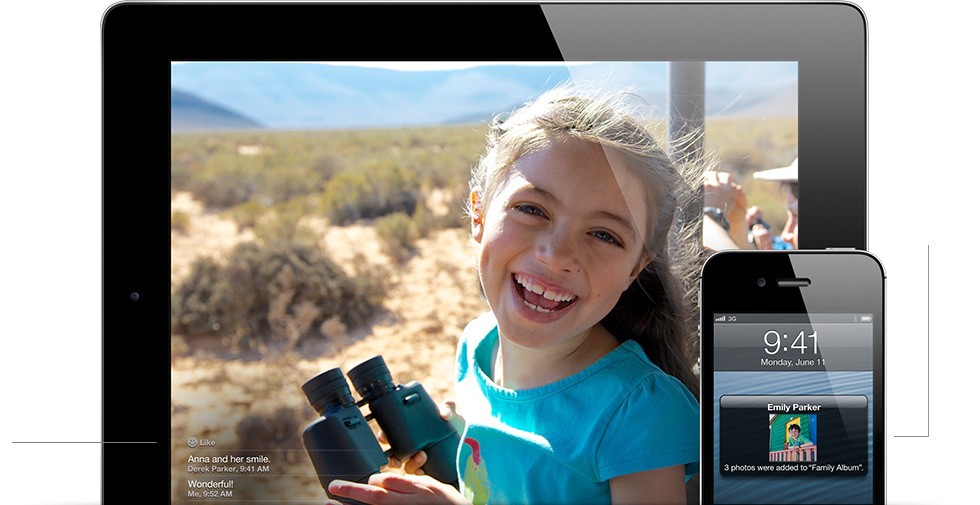 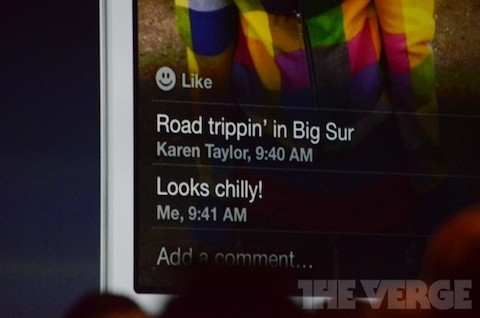 I am assuming that to enable Apple to do this, the shared photos need to be uploaded to the iCloud first.  Fortunately, Apple does say that these shared photos don’t count against our iCloud storage quota.

Correct me if I’m wrong, does that mean if we share ALL our photos this way, we get cloud backup for free?!

So, in term of new features in the upcoming iOS 6, especially on the photo side, they are not very exciting.  Again, we need to wait what Apple will do with the new iPhone 5 on this area.

iOS 6 will be coming this Autumn, although if you are Apple Developer you will be able to try it out (albeit a preview version) right now!

[Photos courtesy of Apple and The Verge.]