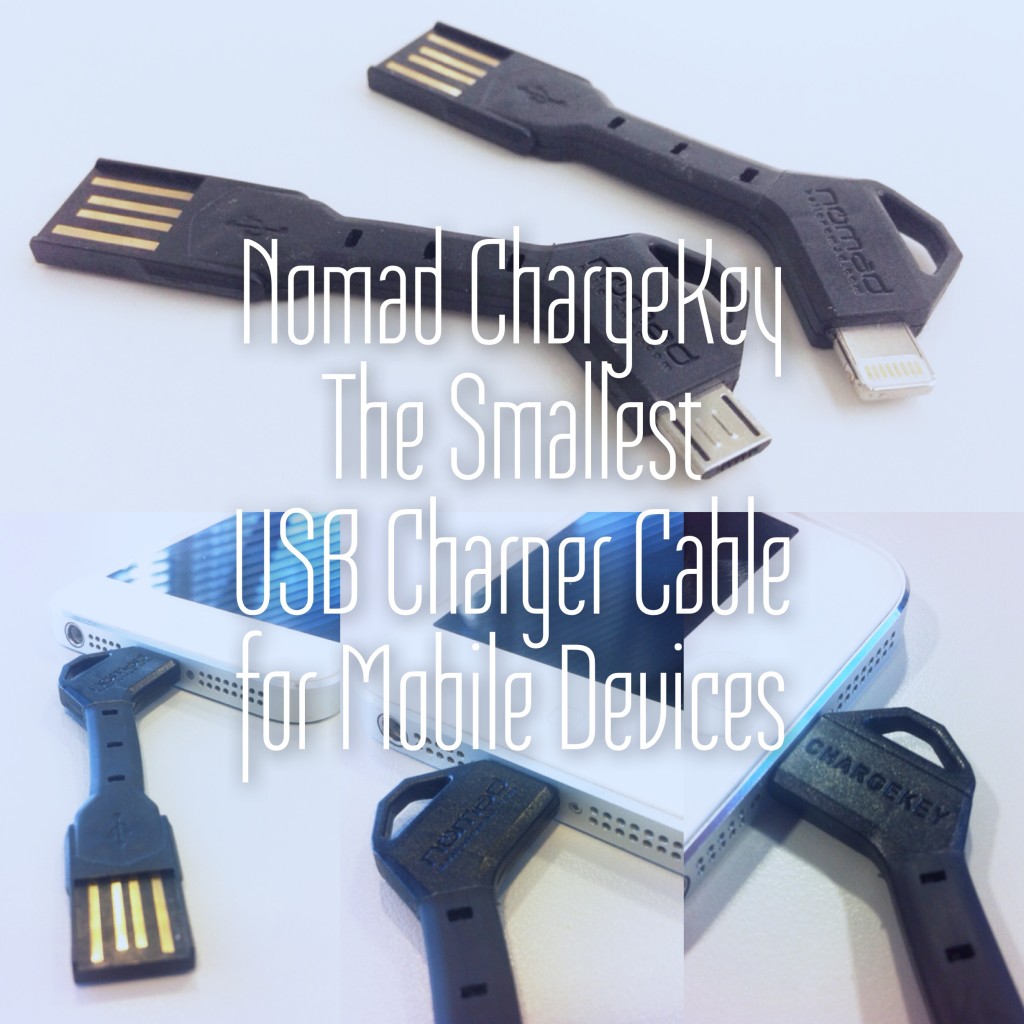 It seems that there is no short of idea coming from our friend at Nomad and they seem to be totally obsessed in tiny things.  Not content with the success of their credit card shaped charger cable dubbed the ChargeCard, Nomad came up with possibly the smallest and most portable mobile charger cable I’ve seen in ages.  They invented the ChargeKey. 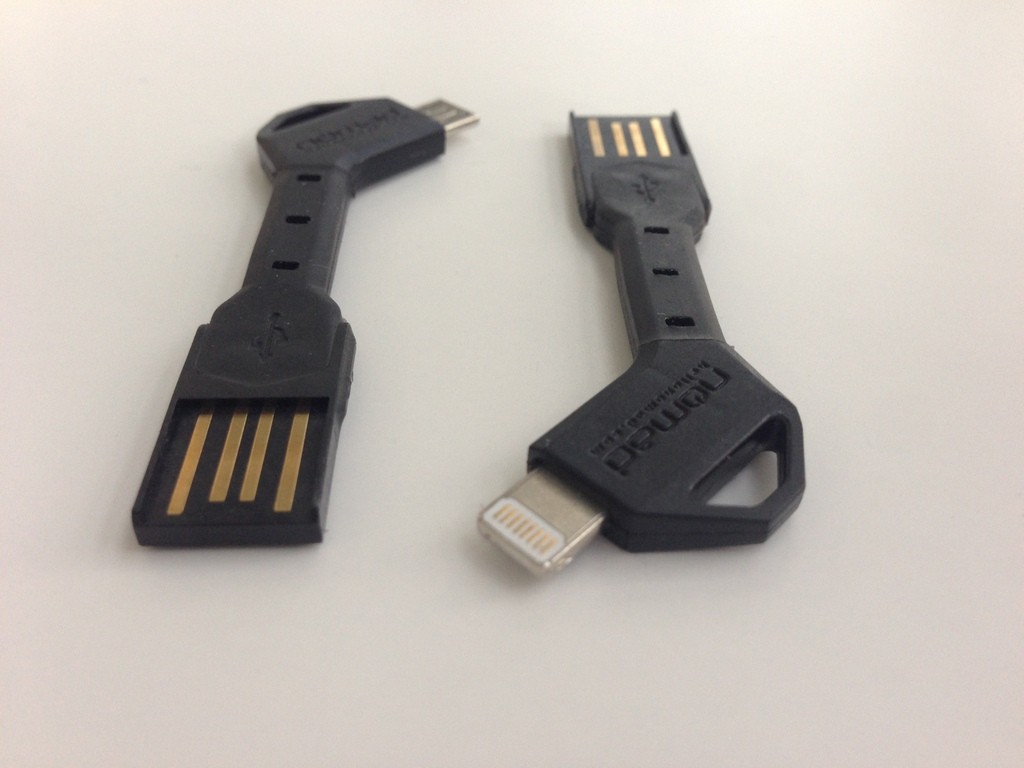 Interestingly, while the ChargeCard was crowd-funded through Kickstarter, the ChargeKey was done through the rival Indiegogo. From the initial goal of $50K, Nomad managed to raise over $170K (300% exceeded the goal) at the end of their campaign. I think this fact is pretty impressive. It’s a testament to prove that if you have a good idea people would be willing to support it.

The ChargeKey is possibly the tinniest and most portable charger cable I’ve ever encountered so far. The charger comes in 2 type of variations; the Lightning connections and the Micro-USB connections. The first one is to be used with the latest iOS Devices, while the second type can be used to charge most of other devices from other manufactures (e.g. Nokia, Samsung, HTC, etc.). Unfortunately the old-style iPhone 4/4s connector is not supported with ChargeKey, but you can always get the ChargeCard instead. 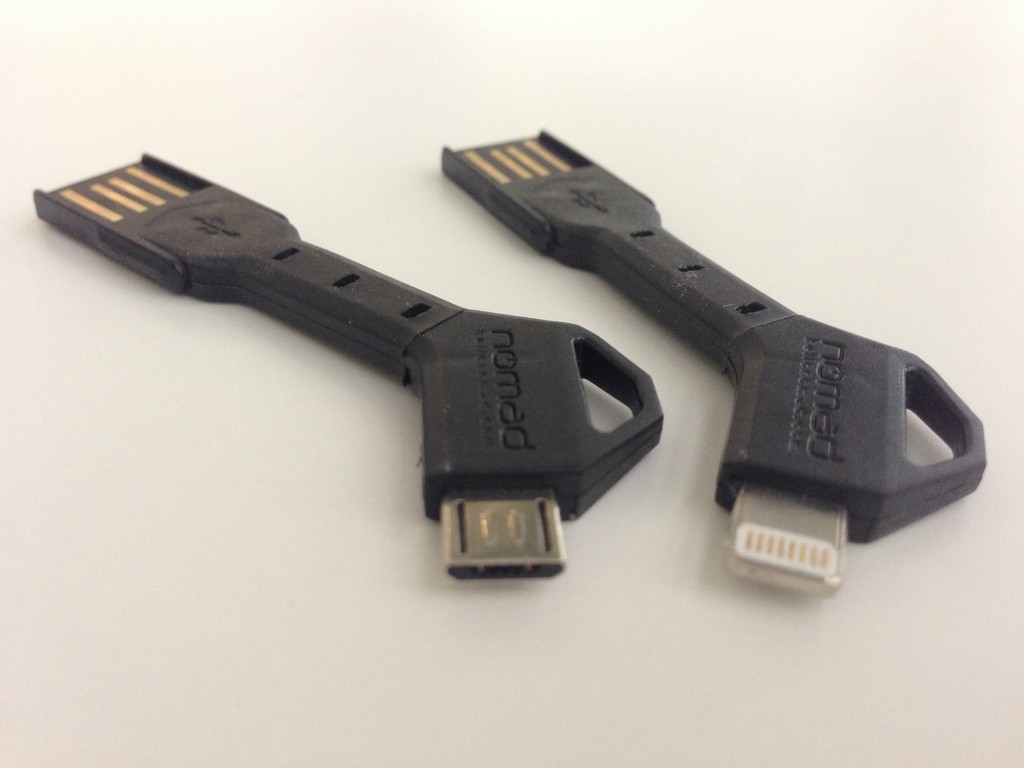 The ChargeKey will charge from any USB source; laptop, TV, Game Console, or your standard wall charger. And it’s not just for charging but it synch too (unlike many cheap charging cable out there). 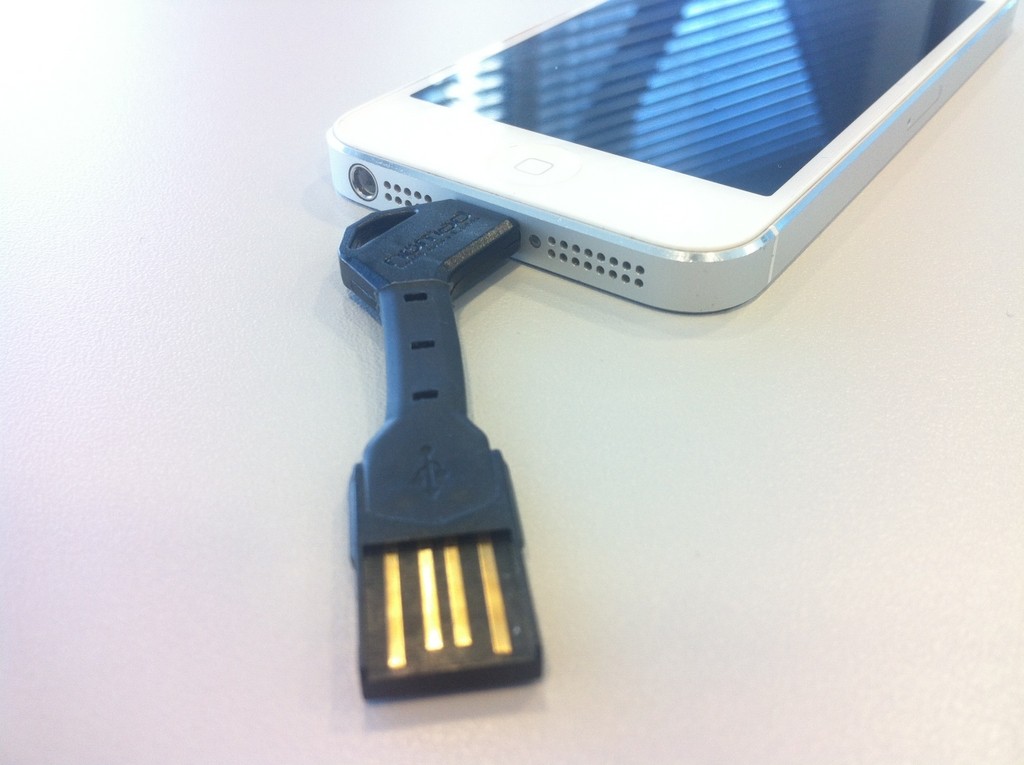 Physically, the ChargeKey is made from a high-grade plastic. It’s pretty robust and flexible at the same time, you can actually bend or twist it pretty much at will. 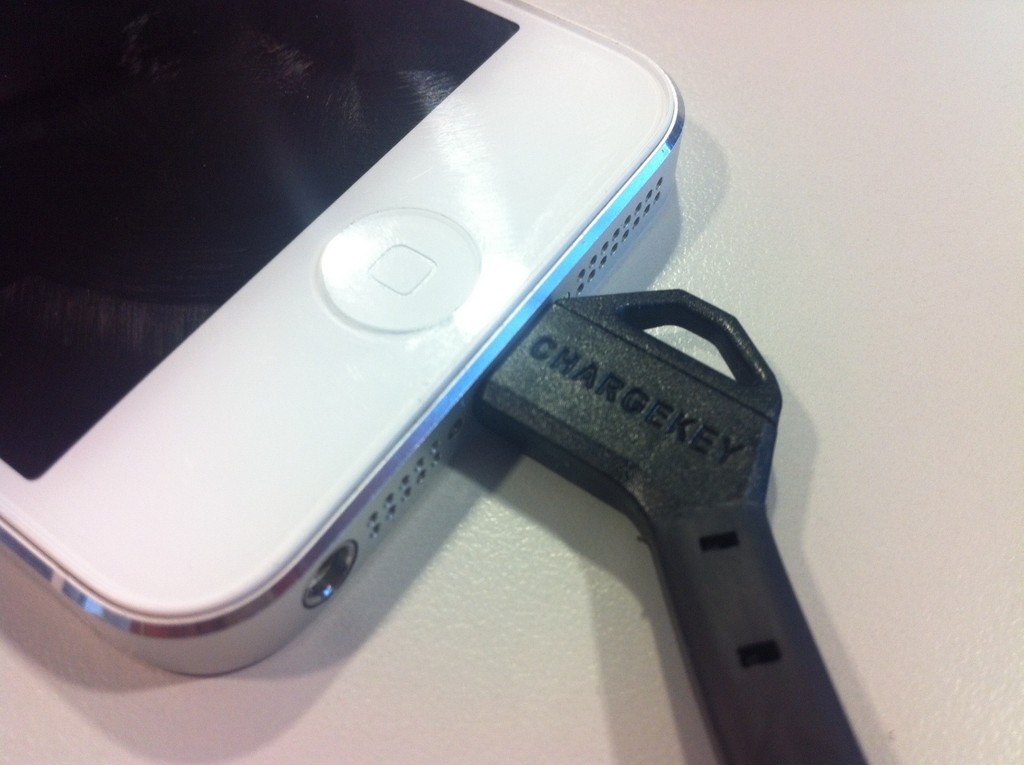 At the end-part where the mobile connector located, it sports a ring-loop so you can attach the key-shaped charger into a keyring and take it with you everywhere you go. It’s a built-in portability. No more panicking looking for a charger cable. Mine is now permanently attached to my keyring, together with my Glif (yet another brilliant invention coming out from Kickstarter).

For the ultimate portability and a total convenience nothing can beat the versatility of Nomad ChargeKey. Unlike some cheap charger in the market, the ChargeKey is very flexible and robust product, you will have it for a long time. 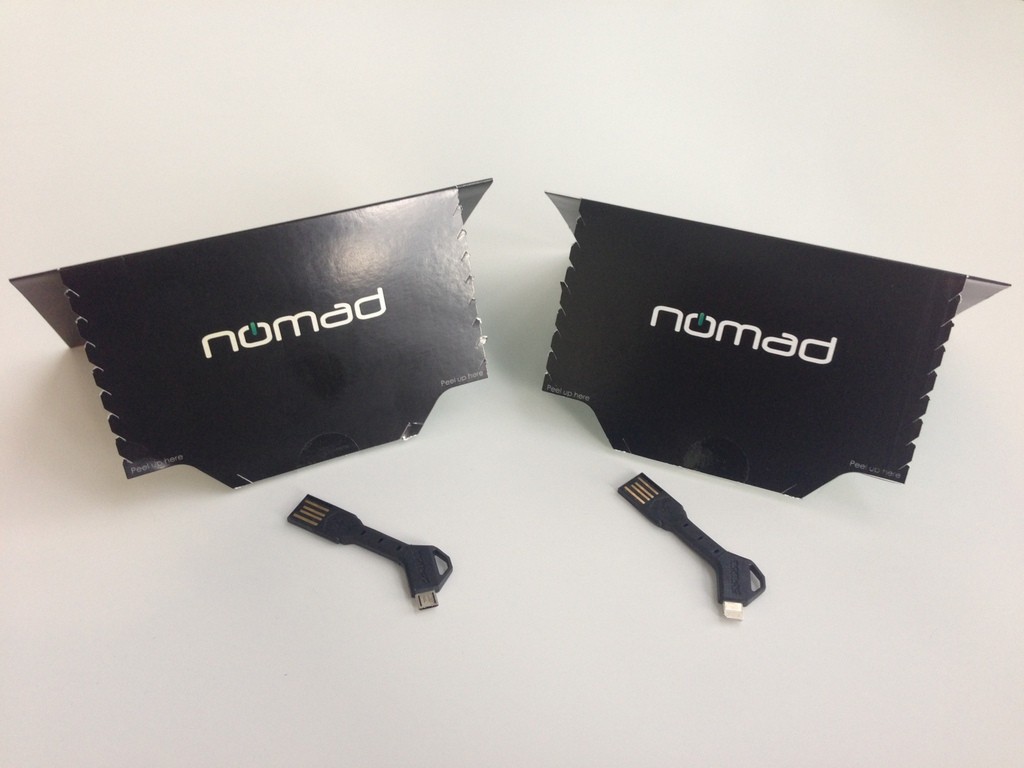 One ChargeKey costs $29 (Free shipping worldwide if you take 2 or more items), but you can get 20% discount if you go here.