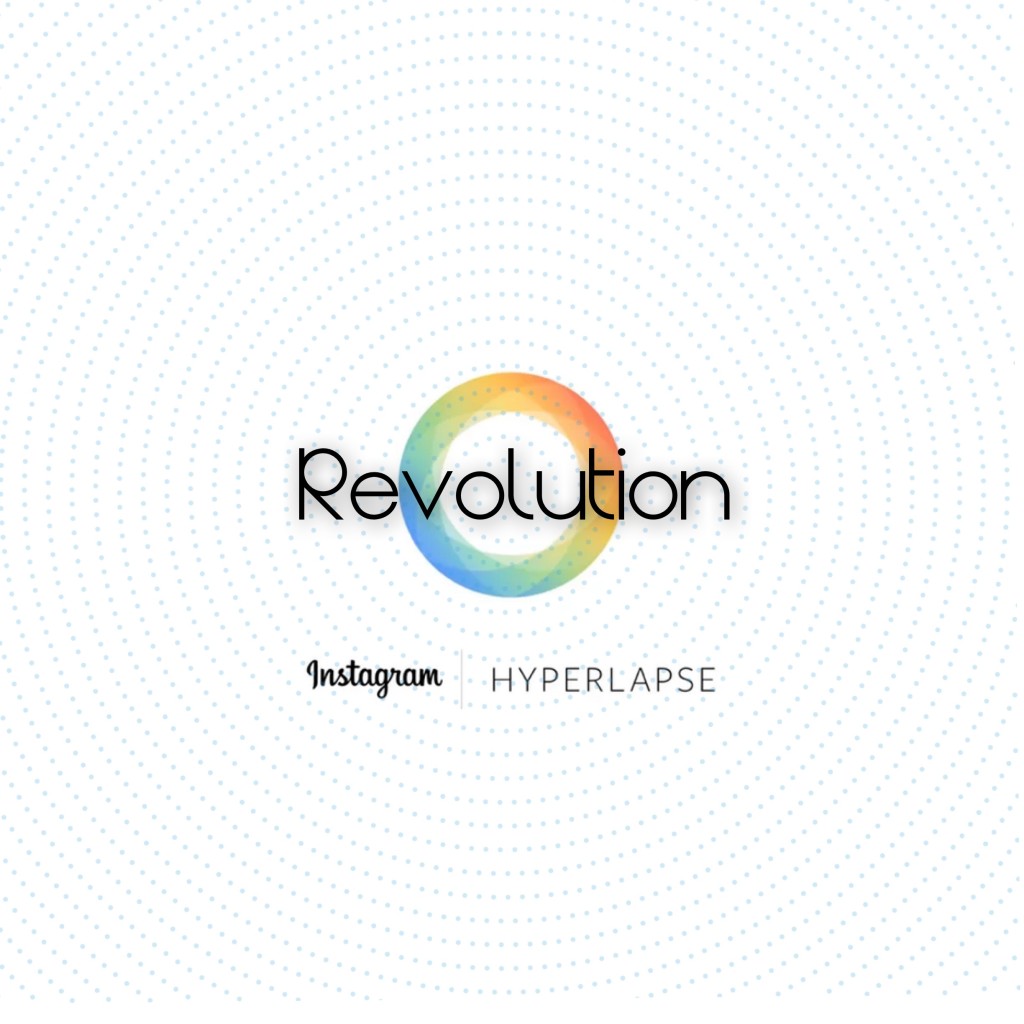 There is no doubt that Instagram had been single-handedly revolutionised mobile photography since its inception back at 2010. It did this by making it easy to ‘share’ photos we took with our already ubiquitous mobile phone to our friends and families, and ultimately to the world. Previously to share our shots, we needed to unload them off our mobile or DSLR to a PC or Mac, and then upload them back to our favourite photo sharing websites. A process that could take hours if not days. With Instagram this shoot and upload process takes only mere seconds.

Last week Instagram team announced its second standalone app outside Instagram app, it’s called Hyperlapse. Once again Instagram is revolutionising mobile photography, this time it’s in the genre of … well … Hyperlapse video. It revolutionise it by lowering the bar of entry for creating Hyperlapse video, which normally would required a very involved photographic process and technique. Instead you can create a decent and most importantly ‘instantly shareable’ Hyperlapse video just by tapping on the record button and share it.

Shoot and Share, this is Instagram’s mantra that works every time.

Let me explain what Hyperlapse is, how easy it is to create one with this new app and why Hyperlapse app is an engineering break-through in mobile videography.

Let’s start with Time-Lapse first. Time-Lapse is a technique in photography where you take photo of the same object in interval for a period of time, e.g. every 10 secs. These collection of images will then put together to create a video with a particular frame-rate, for example a standard cinematic 24 frame/sec. When this video is played it will create a scene where time appears to be moving faster, i.e. lapsing.

This creates a scene where not only time but also space is lapsing. A Hyperspace?

One of the biggest success factor of Instagram is its ability to share the picture we shoot ‘instantly‘ after we take it! This is the same advantage that Hyperlapse app has. Not only this but the boffin at the Instagram HQ has made the app so simple to use that it take only minimum steps from shooting the video until sharing it to mass.

The first time you open Hyperlapse app, you will be greeted with a view-finder that fills up the whole screen with one big Record button at the bottom (portrait) or the side (landscape). 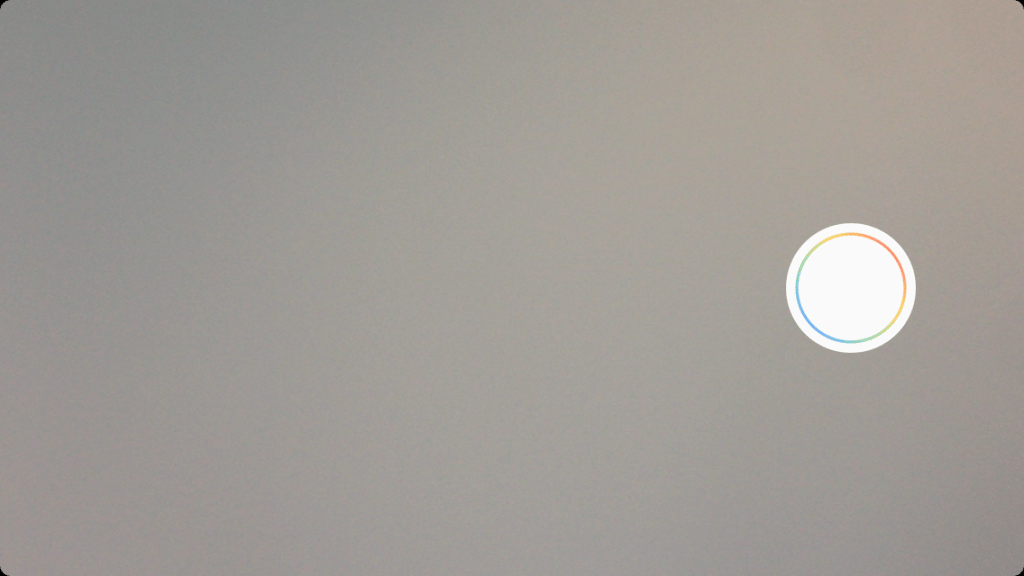 To focus and to get exposure measurement you can tap on the view finder, just like if you take a photo in a camera.

While recording, you can see a time and a count indicators ticking underneath the record button. The number ticking on the left shows how long the video has been recorded, while the number on the right shows how long the actual Hyperlapse video will last using the default speed, which is 6x.

So for example in the screenshot below, I’ve been recording for 29 seconds, which translate to a 4 seconds Hyperlapse video if I use 6x default speed. 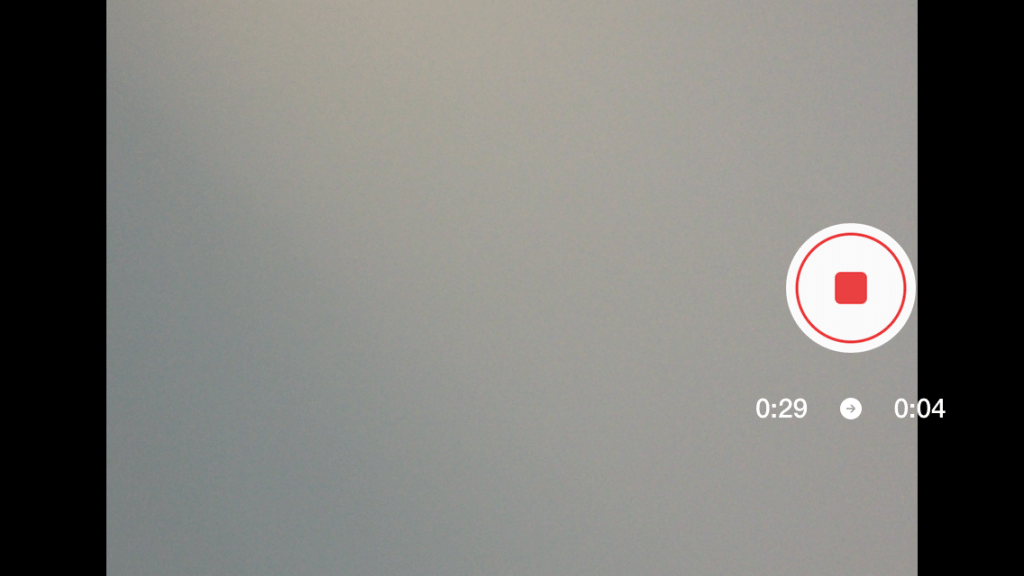 Tips 2: Unfortunately getting a right exposure for all occasion is a bit tricky, because the app doesn’t do continuous exposure measurement (have a look at an example of one that I posted below). This means if you originally start recording in a bright light condition and then suddenly go to a darker place, your video will also be dark, the app won’t adjust the exposure automatically. To make it do this you need to refocus, i.e. tap again on the view finder. This will make the app recalculate the meter.

Tips 3: Watch your number count. For sharing to Instagram you need 15 seconds of video (the longest you can upload), which means you need to record for 15 x 6 = 90 seconds minimum. If you want to use a higher speed, 12x for example, than you need to recalculate what you need, in this case 15 x 12 = 180 seconds minimum. The rest should follow the same principle.

Tips 4: Make sure you have enough space to store the video (lots of them), otherwise you won’t be able to save it.

After finished recording, you will get to the Speed selection screen setting. You can choose from this list: 1x,2x,4x,6x,8x,10x,12x. The default, as I mentioned above, is 6x. The higher the speed factor, the faster the video will run.

As you adjust the speed selection slider, the number indicator on the left hand side will change accordingly.

The app will also preview how the video will be rendered at the end. This way you will be able to see the final result.

When you are happy with your setting, tap on the tick button at the top-left corner.

On the next screen the app will process (render) the video according to your speed selection. You can see the progress circle animated showing this process. 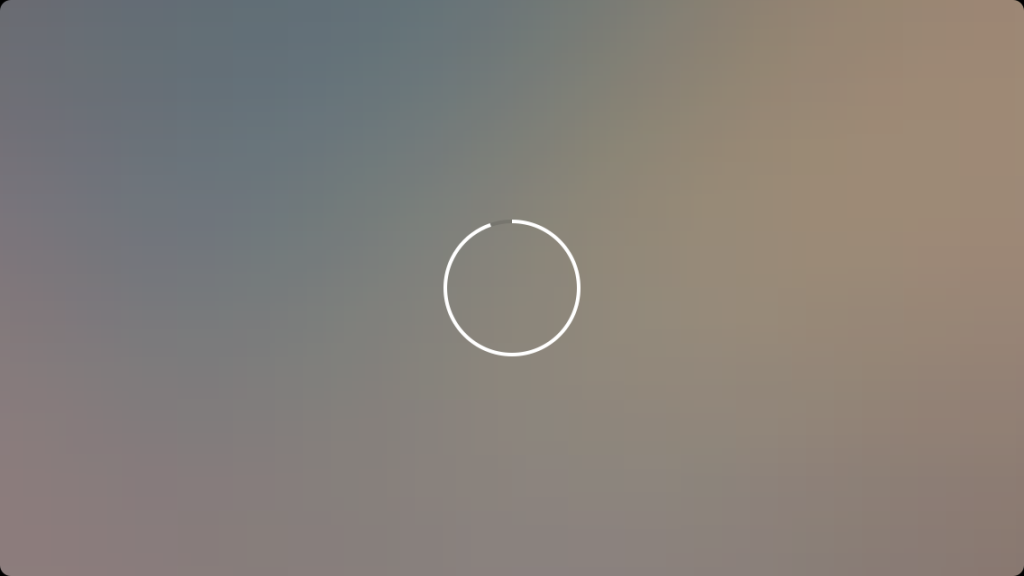 When the app finished rendering the video will be saved in your camera roll. At this point you have a choice either to share the Hyperlapse video to Instagram or Facebook, to record another Hyperlapse, or just get out and do something else, maybe to add sound/music to your newly created Hyperlapse (since it is recorded without the sound) or the do some post-editing in other apps. 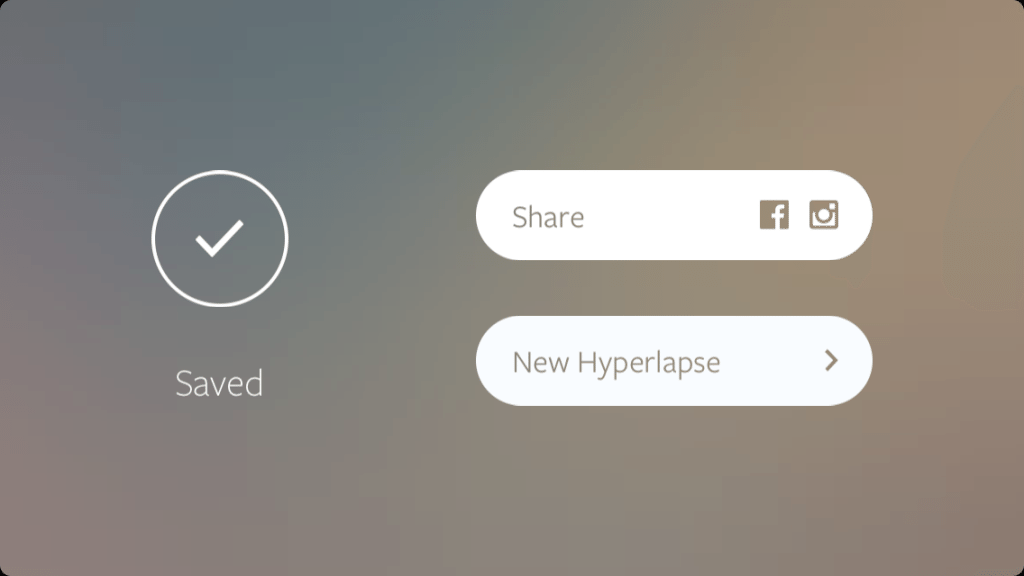 Try the following apps for post-editing and/or add music to your Hyperlapse video:

There is one other thing that separate Hyperlapse from the rest, and it’s the feat of engineering that drive the video stabilization technology. According to an interview with Wired.com, Thomas Dimson, an Instagram team who co-created Hyperlapse, explain about how it the idea of this app came about and the cool engineering that is used behind the video stabilization algorithm.

This algorithm is the one that responsible to ‘fix’ that jittery video as a result of us recording it while walking, running, riding a bike or driving a car. This is how Hyperlapse video gets its smooth ‘cinematic’ look.

Instagram is by no means the first app that tries to do Hyperlapse, or Time-Lapse in general. You can do the same thing using other apps such as ProCam 2, TimeLapse, Lapse It, iLapse or iMotion (to name a few); but Hyperlapse it the first one that makes it so easy to create.

Technically, IMHO, the resulting video is not strictly Hyperlapse (or Time-Lapse) as it’s not created from photos taken in interval. It’s more like a speed-up video, with stabilization.

Nevertheless, it’s fun, it’s instantly shareable and it’s free. And for most users those are the deal breakers.

Instagram has posted also tips and tricks how to shoot Hyperlapse which you can read it here.

Have you done Hyperlapse yourself?  Let me know in the comment!