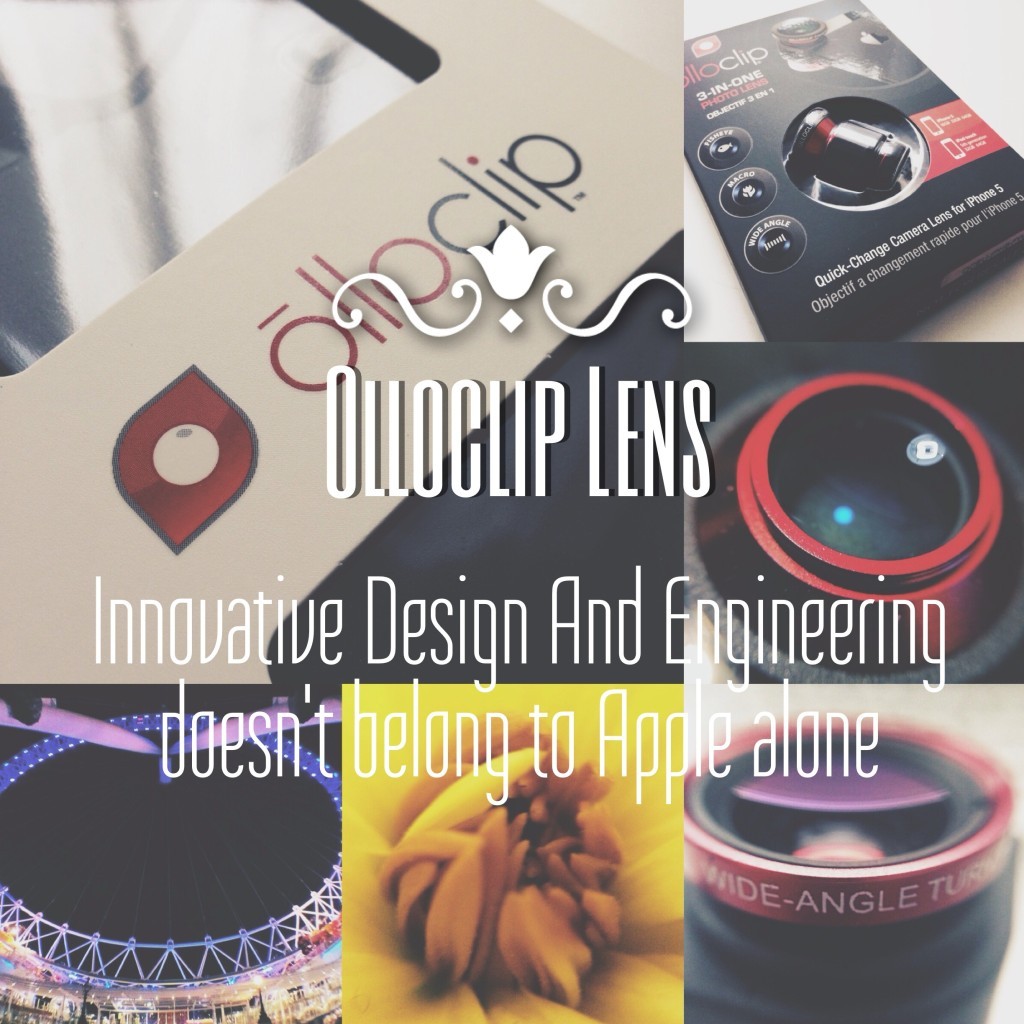 It’s been almost 5 years since Steve Jobs unveiled the first iPhone, and from that moment on the iPhoneography movement has been slowly but surely taking over the world faster than anybody could had ever predicted. But despite all the advancements in term of smartphone processor speed, advance image sensor technology and powerful photo taking and editing apps; we know deep down that there are still those gaps the differentiate between smartphone camera and its big brother, the so-called professional cameras (basically anything with interchangeable lens or bigger image sensor than a postage stamp). Granted that these gaps are ever narrowing each day, for example the Nokia 808 Pureview has an image sensor that is 4 times bigger than the average smartphone camera sensor. But still they are there.

One of this biggest gap, as I mentioned above, is about the lens. No matter how great photos taken with an iPhone can be, it will not match the versatility of photos that the DSLR Lenses could create. I’m purely talking about technicality here and not the actual art value of the photo itself. I still believe that the photographer makes the photo, not the camera he/she is taking it with.

So, almost immediately after it was realised that an iPhone could indeed take a surprisingly good photos, some creative people started to think on ways to get it as close to the ‘real’ camera as they could get. They began to look for ways on how they could attach camera lenses on to the iPhone. How to augment the puny iPhone lens with a Telephoto Lens, or a Macro Lens for example.

Long story short, there have been many photo accessories vendors who tried to create and produce these lenses, I’m sure you’ve came across them at some point. But, there is one company that, in my opinion, has shone above the rest. This company is Olloclip.

The original Olloclip, a 3-in-1 Lens System for the iPhone 4, was the brain child of a long-time Photographer and Entrepreneur – Patrick O’Neill. He thought about his idea back in 2010, and after a year in development and went through hundreds of design iterations, he launched Olloclip as a Kickstarter project. He pledged for $15K and got nearly $70K from the backers, which was enough for him to produced the first batch of the product and get them out to his first customer.

A simple and creative solution for an awkward problem

If you think about it logically, it is not very easy to find a perfect way to attach one lens to the iPhone, or to any smartphone for that matter. As far as I know, currently there are 3 ways of doing this:

1. By using a custom-made iPhone case, onto which the lens is attached.
2. By using magnetic ring. A magnetic ring is attached around the iPhone lens with some kind of adhesive, onto which the lens, which also has a magnetised ring on the back of the frame, can be attached.
3. The Olloclip way. The lens is ‘clipped‘ on the side of the iPhone where the lens is.

All 3 methods have their own pros and cons, but all things considered, in my opinion the Olloclip is the simplest and most versatile solution, and here are why:

1. You get 3 lenses, a Fisheye, a Wide Angle and a Macro; all in one single kit. Other methods would require you to carry one lens for each focal length.
2. No need to have additional ‘thing’ attached to your iPhone body, like this magnetic ring.
3. Simple attachment operation, just slid the lens kit in and you are ready to shoot. Want to change the lens? Just flip it over and done. And since the kit clips on both side of the iPhone body it feels that it sits more securely. You don’t feel that it’s going to fall off in any moment. 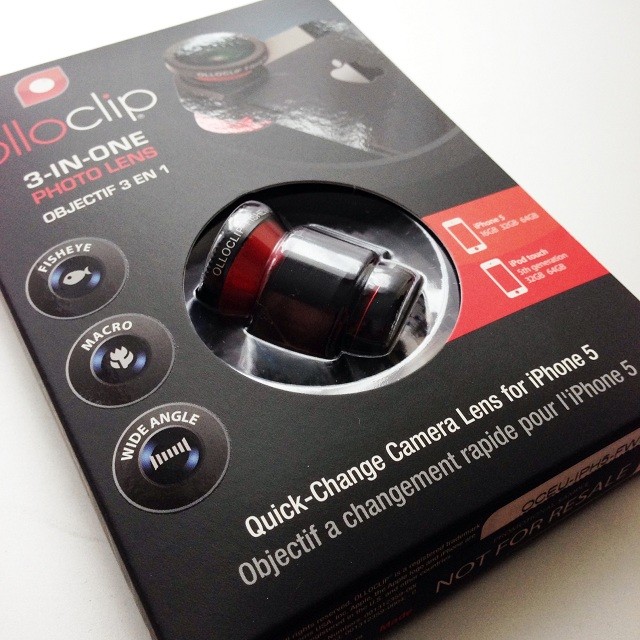 Is that not Wide enough for you?

As you can see the iPhone camera lens in indeed in the range for what is considered a wide-angle lens. As a result you would normally be able to ‘fit’ quite a lot in your photo while standing in considerably close to the object. 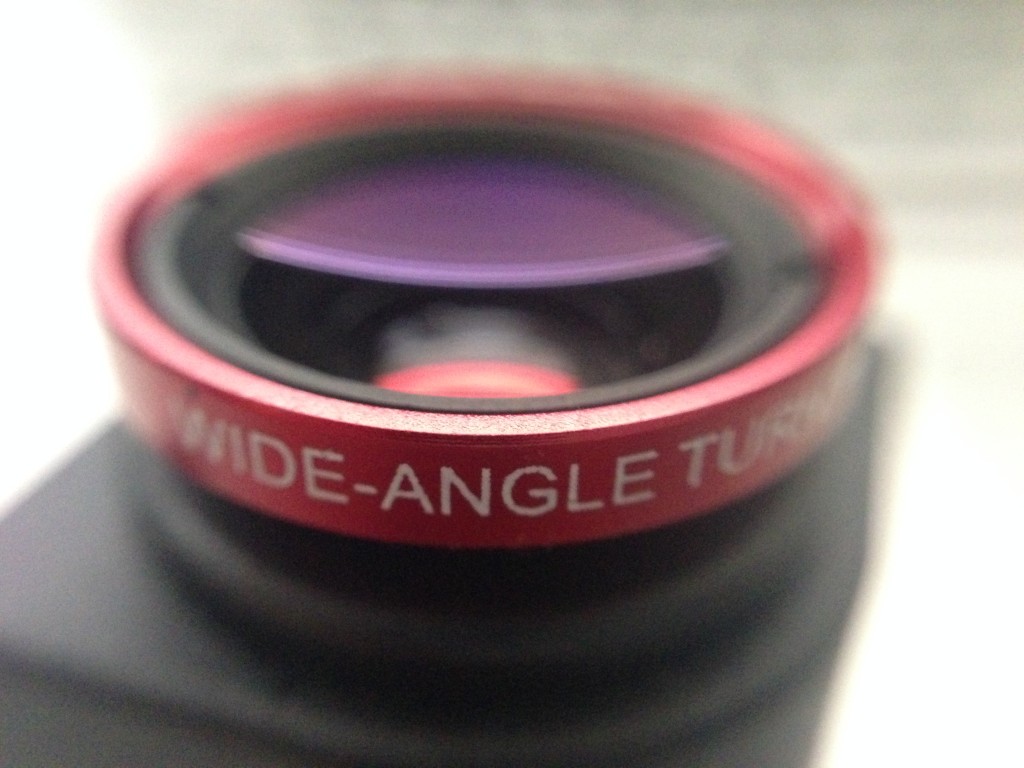 The Olloclip Wide-Angle Lens attachment will expand your field of view ‘even more’, about 30 degrees more to be exact. This will be a real help in times when you have to fit in as much scene as possible onto a single frame and you have a limited room to distance yourself from the object.

What, Fish Eye you said? Sorry the Seafood section is over there!

Well, I love seafood, but that’s not the Fisheye we are talking about here 🙂 Using the Olloclip Fisheye lens you can achieve a 180 degrees diagonal Field of View, although in practice it would be more like 150 degrees, as the sides of the frame will normally be taken by the black ring. The image around the edge of the ring would be loosing focus too. So effectively you will get a bit less than a true 180 degrees. 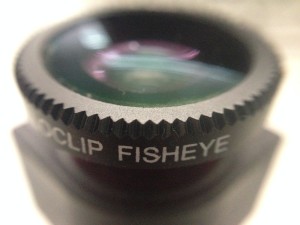 Still it will be adding around 90 degrees more field of view to what you usually get with your standard iPhone camera lens, and photos taken with the Olloclip Fisheye lens can turn out to be breathtaking! 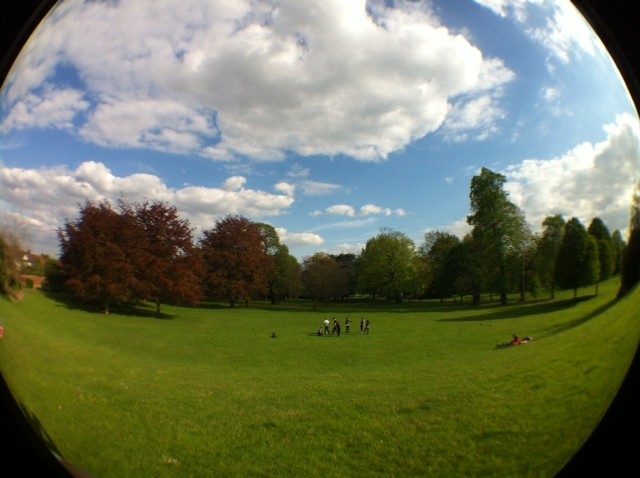 I love to use this lens when I need to take a vast amount of Landscape or to fit one an enormous structure into one frame which would be absolutely impossible if I use the normal lens. I would’ve needed to use the Panorama feature to stitch multiple frames or to stand back far enough to have the whole thing into my viewfinder, but then when you are forced to do this you would most likely loose details because by then you are so far away from the object. 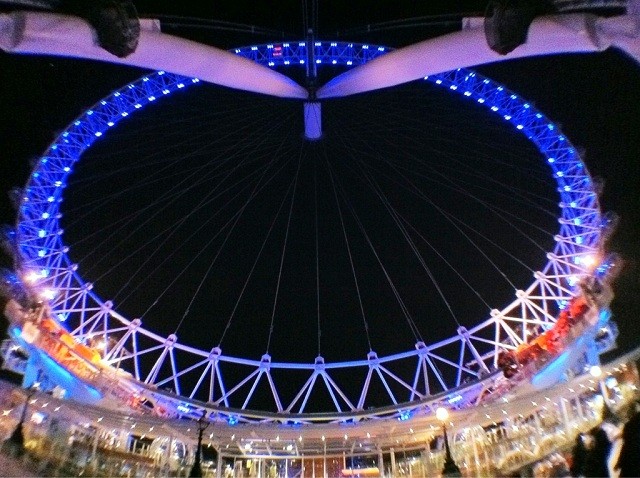 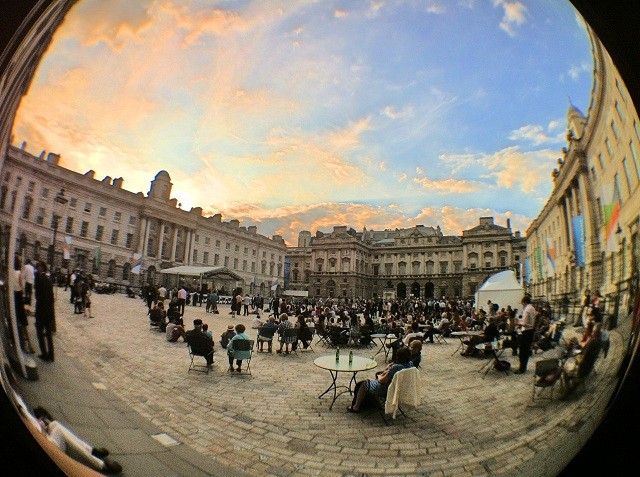 I recently had to shoot a Catwalk Fashion Show where the space to cover was very long but I didn’t have much room to move around, in fact I was sitting in the Front Row. But using the Olloclip Fisheye Lens I managed to cover the Catwalk from end to end. As you can see from the clip below the resulting video doesn’t exhibit the usual barrel distortion that normally plagues extremely wide-angle lenses like this.

The World of Macro

Have you always fascinated with those nature documentary film where they get zoom in very very close to the subject (animals or plants)? Well, now you can do it yourself!
The Olloclip Macro lens gives you 10x magnification and enables you to get close-up to your subject within 12-15mm. If you think those Wide-Angle/Fisheye lens shots are wonderful, just wait until you shoot Macro! It’s really like a whole different world down there!
And again, you can use the lens in video mode! Who knows, you might have a chance to become another David Attenborough!

The only drawback from the Olloclip method is that, if you use your own iPhone case, you have to take it off when you want to shoot with Olloclip. And if you have a screen shield, it will definitely not going to work very well. But since I never use screen shield for my iPhone I don’t this problem, and I don’t mind to swap my iPhone case with the Olloclip once in a while. Moreover, if you use Olloclip’s own designed Quickflip case Olloclip Quick Flip, this problem will go away. You can read my Video Review about Olloclip’s Quickflip case on this post. 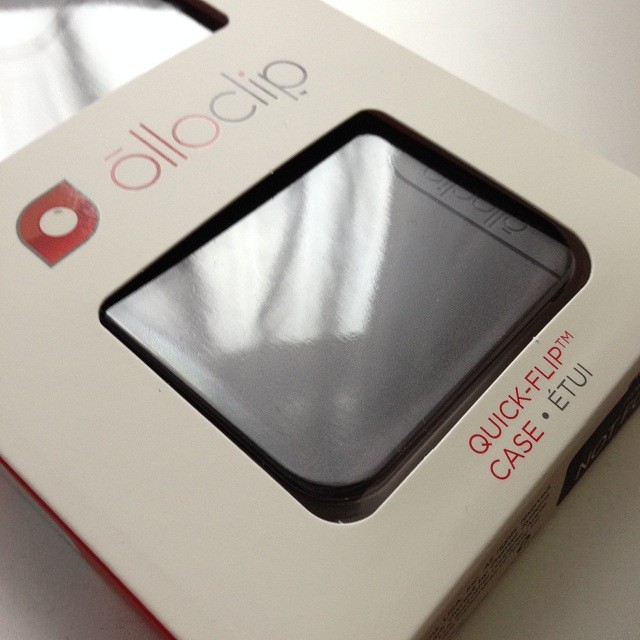 Apart from the obvious innovative design, another aspect of Olloclip that warrants to be mentioned is its build quality. The body is allegedly made from aircraft grade aluminium and the lens uses precision ground glass multi-element optics. In other words, unlike some of the cheap Chinese-made plastic Oloclip (note the name different), the real Olloclip is made of high quality material. This also explains why it is not as cheap as those knock-offs. Oh and by the way, Olloclips are manufactured locally, in California, USA.

A Case of Flipping Quick!

The success of the original Olloclip didn’t stop Patrick to innovate however, he keeps improving his idea and creating new things. Starting with the 3-in-1 Olloclip for iPhone 5 to cater for the new model when it came out. Then along with this, the Quickflip case was also launched. Another elegant solution for the problem in hand, how to enable users to use the Olloclip lens without making them keep taking their case off. Again you can see the review of Quickflip here.

After this there was only one thing left, something that all Olloclip fans had been waiting for, an Olloclip Telephoto Lens! Together with the 2x magnification Telephoto Lens, Olloclip also added a Circular Polarizing Lens. If you’ve been taking photo with normal SLR Camera, you would know the Polarizer filter very well. The Polarizer is designed to reduce glare from reflected surface. Imagine taking picture of a shop window, using Circular Polarizing lens you will be able to ‘see through’ what’s behind that window, as oppose to the reflection of things reflected by the window. In addition, the Polarizer can also help to show colours as you see it with your own eyes.

Check out the video below featuring Jack Hollingsworth, a professional photographer who has a passion in iPhoneography, shooting his Portrait Photography using the Olloclip Telephoto lens.

And one more thing … well … 4 actually

Not content with 3 lenses in 1 – Olloclip just recently has released a 4-in-1 lens kit. Same clip design as the original but with improved optics to deliver clearer image and less lens distortion.  This time it also has 2 Macro lenses; the first one with 10x power and the second one with 15x power. Oh, and a new white colour.

The Olloclip innovative idea from Patrick O’Neill has not only recognised by its fans (including Steve Wozniak himself) and others who are just discovering it (every time I go for a photo walk there is always somebody who didn’t know about Olloclip), but also by mass media and publications. The Olloclip lens are sold by major retailers online and offline, including Amazon, Best Buy and last but not least the Apple Stores.

An innovative design and engineering doesn’t need to be Apple indeed.

As a final thought here is a video of Patrick retelling the story of how he started this ‘adventure‘.