How To Put Your EyeEm Photo into More Than One Album – A.K.A Multi-tagging! 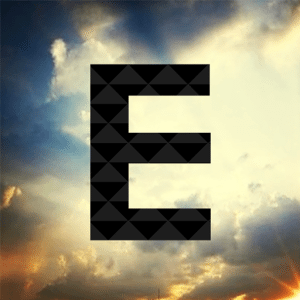 Many of you might had tried EyeEm as an alternative to Instagram, especially in the aftermath of the photo ownership issue late last year. EyeEm is for sure a worthy competitor to Instagram and many would agree that it’s even better. For one, you are not limited to post square format photo, and the community seems to gravitate towards a more ‘mature‘ and ‘artistics‘ crowds, you can check the Popular Page as the evidence. Even after the mass exodus from Instagram, the Popular Page is still practically free from self-portrait duck-face teenagers, or ‘what I am eating right now’, or ‘look at my cat/dog/pets’ type of theme which have been littering Intagram for so long. It’s truly refreshing.
But if there was one thing that prevent the Instagram crowds to fully move and embrace EyeEm fully was the lack of multi-tagging, or ‘album‘ as EyeEm would call it. EyeEm’s original decision to only allow one album per photo was understandable though, seeing what abuse people do with tags in Instagram. We even have a special term for these abusers, we call them Hashtag Crashers.
Nevertheless, having the ability to associate a photo with more than one tag, or put a photo in more than one album is often very useful. And this has been one of the major reason why people haven’t committed themselves fully to EyeEm.
Well, that day is finally over 🙂 Because since the last EyeEm update, you are now able to add your photo to more than one album!!! Thank you EyeEm, you really made my day!!

At first, I thought this new update only works for the Android version, because while I had seen evidence of multi-album photo on my feed, this hasn’t been mentioned in the last change list, nor have I seen any changes in behaviour on the way we upload individual photo (there is no button to add more than one album).
All were clear when I asked directly the EyeEm team about it, and they answer that this is not just for Android version but also in iPhone version too, and they continue to tell me how to do it 🙂 They admitted that it wasn’t on the last updates’s change list nor has it been announced officially as they had been busy to do other things. Though IMHO the real reason was that they don’t want everybody to know at the same time, maybe from the fear of overloading their server.
So, here are the steps on how to add your EyeEm photo into multiple album:

1. First thing first, even if you are able to add your photo to more than one album, you are still limited to only 4 albums per photo. I am really glad that they do this, we don’t want another episode of album-crashers now do we?
2. You cannot add more than one album when you upload your photo the first time. But after you the photo is up, click on the arrow at the bottom-left of your photo. This will show you a contextual menu. Pick ‘Edit Photo‘. 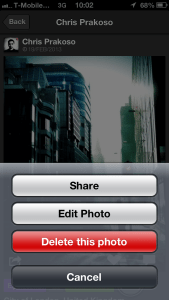 3. The Edit Photo page will appear. This is where you should see the first and only album and location that you picked for your photo originally. Notice the Add Album button 🙂 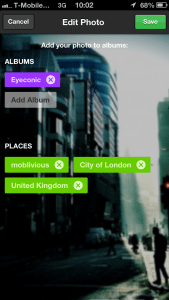 4. You may add up to 4 albums, just like the way you add it normally. You can also remove them, and change it to something else as long as there are not more than 4. 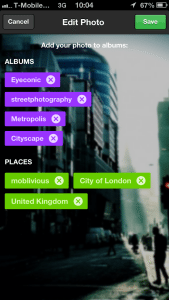 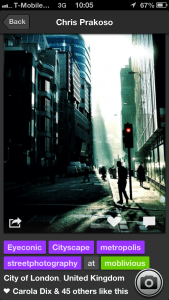 Now, I can truly say that now, for me at least, EyeEm is much better platform to share your ‘art‘ and ‘passion‘ of mobile photography, than Instagram. Multi-tagging is the last important part of the puzzle that has made the transition complete.

Have a go and try it yourself! Let me know if you like it (or not)!