VSCO Is One Of The Most Popular Photo Editing Apps, Make The Most Of The Functions. 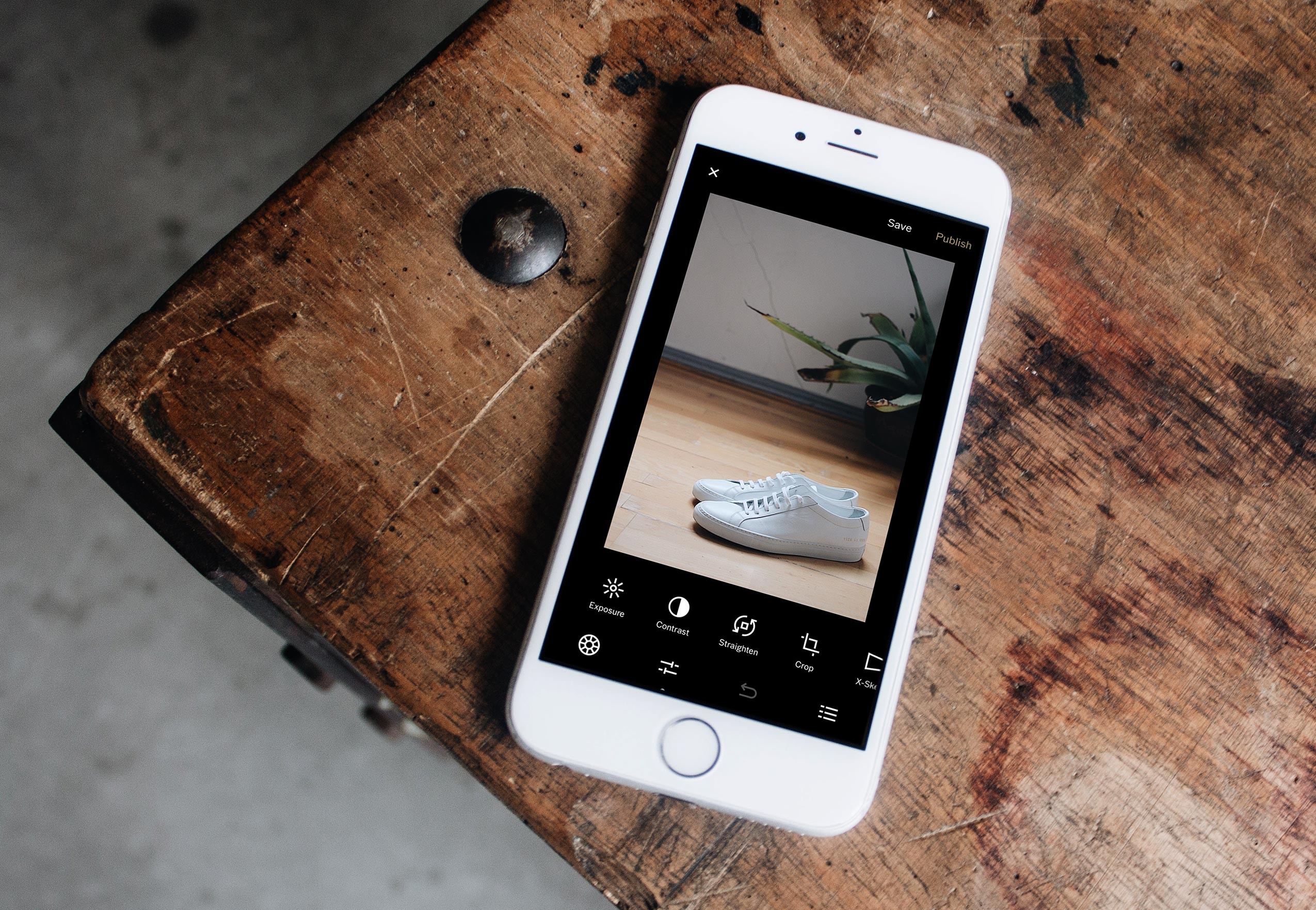 Thanks to smartphones, we now take well over one trillion (yes, you read that right!) photos a year. But what to do with all those pictures? VSCO filters can help you transform your casual snapshots into share-worthy photographs.

Quick Navigation
What Is VSCO?
VSCO’s Features
The Best VSCO Filters to Try
How to Get the Best Results from VSCO Filters
What Can You Use VSCO Filters For?
What Will You Do with VSCO Filters?

When it comes to editing photos, you have countless options. A handful of social media sites offer built-in features, and a laundry list of apps gives you even more choices. However, VSCO remains one of the most popular.

Many people love the professional-quality results this app offers. Plus, VSCO even has a built-in aspect of social media, since you can share photos through the app with other VSCO users. However, the VSCO filters offer one of the most compelling parts of the app.

But how can you put VSCO filters and the app’s other features to their best use?

VSCO lies in a unique in-between space. It’s not entirely a social media platform, but it’s more than just a photo editor. Where did this app come from, anyway?

Many other photo editors followed. However, VSCO filters offered a high quality that helped the app stay competitive. Plus, users can share photos on VSCO in a more casual way than most social media sites permit.

On Instagram, for example, you’re constantly reminded of how many followers or comments you have. But on VSCO, you can’t see these metrics. While posting on social media sometimes feels performative, posting on VSCO can feel a little purer.

This aspect has actually attracted a number of hip young users (mainly teenage girls) to the app. VSCO gives them an outlet for sharing a less-curated version of life, which appeals to people growing up in the social media age.

However, anyone can find value in VSCO filters, even if you aren’t interested in yet another social media app. This app offers valuable photo-editing features that anyone who takes pictures on a smartphone can find useful.

Let’s take a closer look at everything you can do with this handy app.

While the app offers many options, VSCO filters have been the key to its success. The preset filters help you get professional-looking photos (and videos) with just a single click.

You can also use more elaborate editing tools to get a more unique look. For example, you can play around with the saturation or contrast of a photo in the app.

And, if you discover an edit that you really love, you can save it with VSCO’s “Recipes” feature. That can save you lots of time since your favorite edits will only be one click away.

Connect with a community

VSCO’s “Discover” feature offers tutorials and other helpful information. If you want to become a better photographer, VSCO helps you grow your skills for free.

For an annual fee, you can unlock even more VSCO filters and features.

One of the coolest things the membership offers is the vintage preset selection. These filters let you recreate classic film photography styles, giving your photos a vintage twist.

The Best VSCO Filters To Try

VSCO filters give you lots of options. However, the number of presets you have to choose from can quickly overwhelm you if you’re not prepared.

To make things a little easier, try these top VSCO filters to give your photos the look you want. Whether you share the photos in the app or elsewhere, these choices will give you eye-catching results. Keep in mind, though, that some VSCO filters cost extra.

If you want something a little more intense, you might try P5. This filter gives photos a dark, edgy, vintage feel, kind of like a well-loved Polaroid. It has cool tones that look great with shadows. You can also add scratches or grain to P5 to amp up the vintage vibes even more.

G3 is one of the best VSCO filters if you take lots of selfies, or post pictures of people. It does a great job of making skin look clear and even.

G3 turns up the sharpness and contrast of your photos for a professional-portrait look. It also adds warmth and reduces the highlights that can wash people out in pictures.

If you want to turn up the color, C1 will add bright vibrancy to the colors in your photos. This filter works especially well if you love taking pictures of landscapes and nature.

Almost everyone needs a classic black-and-white filter option sometimes. VSCO’s B1 offers a simple black-and-white choice that doesn’t look overly edited. It also offers enough contrast, so you’ll still be able to see the details in your picture.

How To Get The Best Results From VSCO Filters

While these top VSCO filters will get you started, the app offers plenty of other options, too. And, if you pay for a membership or for paid filter sets, you can access hundreds more VSCO filters. But how should you put them to their best use? Try these tips to get better results.

You can edit your photos in any way that feels right. But if you want all of your pictures to have a “you” feel, sticking to just one preset (or a small handful) will help set your photos apart. This consistency can help your VSCO feed, Instagram profile, or any other place you share your photos look more impressive.

Most photos don’t need the preset VSCO filters applied at full strength. If you use them that way, you’ll end up with photos that look heavily edited and unnatural.

Luckily, VSCO lets you choose how much to filter a photo with a sliding tool. Play around with it and see how subtly you can filter your pictures.

When in doubt, add warmth

Some photos look great with cool tones. However, if you’re not sure what to do with a photo, adding warmth is often a good way to go. You can choose warm-toned filters, or add more warmth with the temperature editing tool.

Photos often look “off” when the horizon appears crooked. It’s easy to level your photos in VSCO to make the picture appear properly balanced.

When you edit photos, you can end up with strange, unnatural-looking skin tones. However, VSCO filters also have a skin tone tool so you can preserve your natural skin tone while filtering the rest of the image.

Once you’ve completed your edits, it’s usually a good idea to check back to the original photo. That will help you see if you’ve gone overboard with editing.

Unless you want a stylized look, edits should do no more than subtly elevate your photo. If they look excessive compared to the original, you can try a different approach.

To check the original image, all you need to do is hold your finger down on the edited one.

What Can You Use VSCO Filters For?

VSCO filters do offer some useful benefits besides just making your photos look better. Here’s how VSCO can help you reach your goals.

If you ever need to impress people online, a personal brand becomes important. VSCO filters can help you get the visual consistency you need to show off your brand.

Personal branding has value for artists, freelancers, entrepreneurs, and small business owners. While it’s not essential for everyone, it can help you get many more career opportunities by using your online presence wisely.

Professional photographers use fancy software, not just VSCO filters, to edit their work. Still, practicing with VSCO will help you learn the basics of good photography. Plus, the app offers free education to hone your skills even more.

Keep up with photography trends

VSCO also lets you follow other people to get inspired and learn about trends. If you want to elevate your photography or make your personal brand even more eye-catching, it’s valuable to learn which visuals are popular now.

What Will You Do With VSCO Filters?

If you take and post photos online, no matter the reason, you might want to give VSCO filters a try.

You can download the app for free, and playing with the filters can be fun. But it can also help you post better pictures and get more from your time on social media. You’re already posting photos. Why not post ones that will capture people’s attention?

For more photo editing tips, make sure to check out our guide to the hottest new iPhone photography apps!

Do you have a favorite VSCO filter? Any extra tips we could use? Let us know in the comments section below!

About the Author: admin