Fake Miniature Photos – How To Create Them Using TiltShiftGen 2 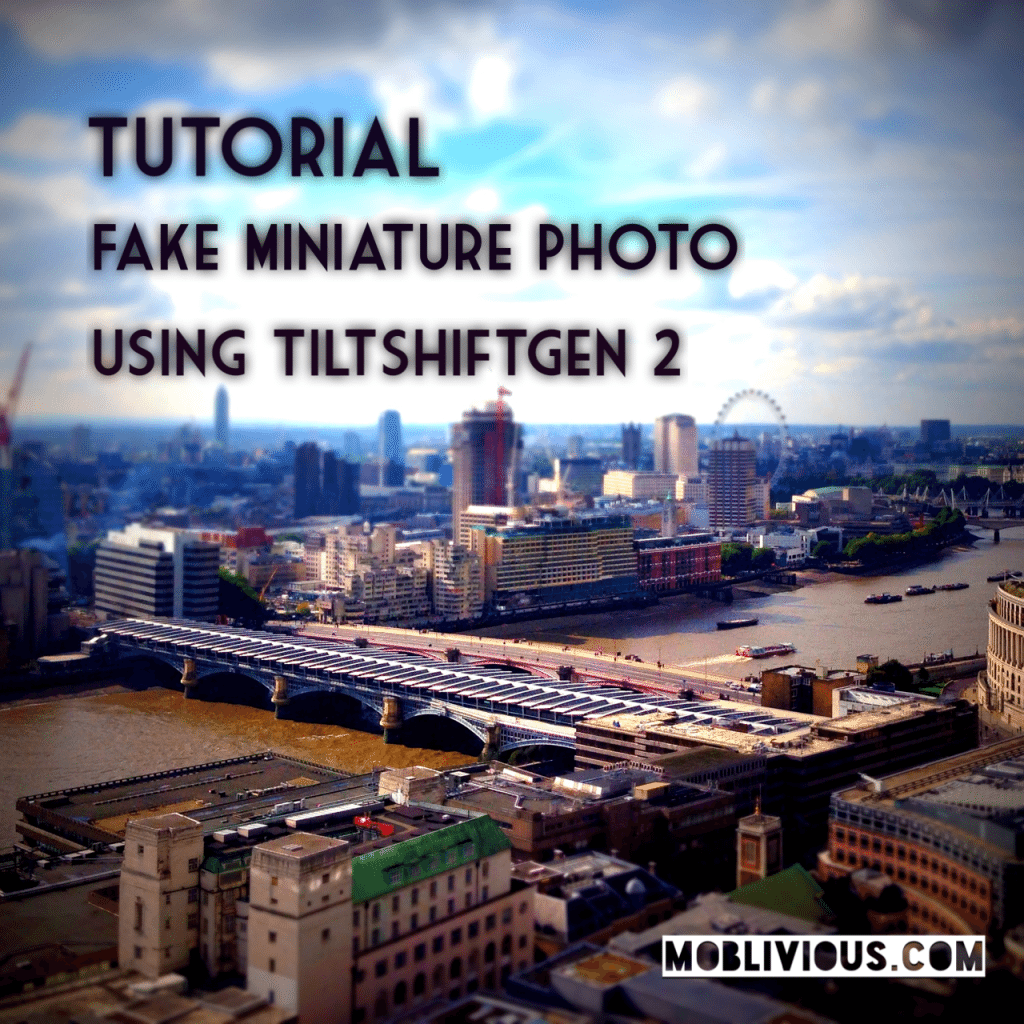 Tilt-Shift Photography is a special technique in mainstream photography that is usually used by Landscape or Architecture photographers. It’s called Tilt-Shift because normally you would need to use a special Lens, a Tilt-Shift Lens to create the effect ‘optically’. For our purpose, Tilt-Shift is often associated with the technique to simulate miniature faking or diorama effect. You’ve probably had seen one of these miniature photos where buildings seem like toys and people would look like dolls.

In this tutorial I will go through a step by step on how to simulate miniature effect using a Tilt-Shift technique. I will use an app called TilfShiftGen 2 (TSG2) to help me creating this effect easily and quickly. You may use other app to do the steps, but I recommend TSG2 as you would have already all the tools you need in one app. 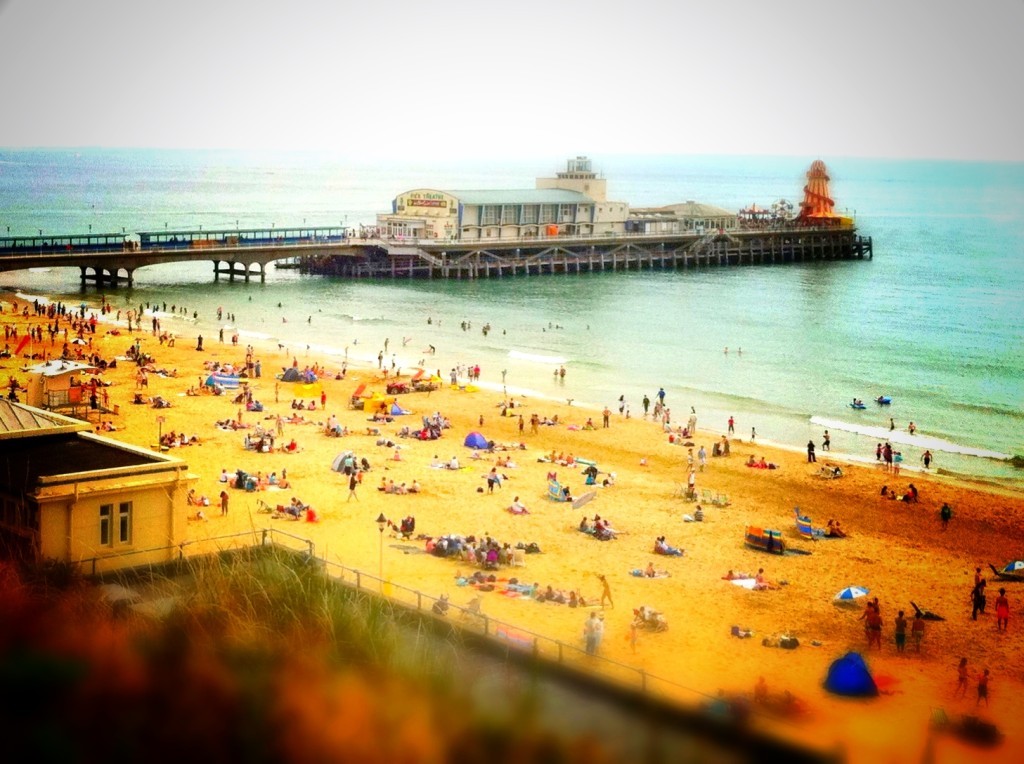 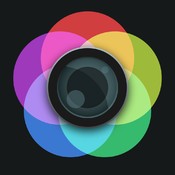 1. A particular angle of shot – Preferably a shot from a high elevated location looking down to the objects.
2. Shallow Depth of Field, also known as Blurring or Bokeh. Adding blurring effect around a centred focus objects will create an illusion that the objects are smaller than actually are.
3. Unreal colours.  Over-saturating or even changing the colour palette completely works very well to add the fake effect.
4. Vignetting. Last thing to add on the scene is the Vignette effect. This will create a feeling of selective focus on to a particular part of the photo.

Now that we know all the ingredients that make a good miniature photography, let’s go create one! 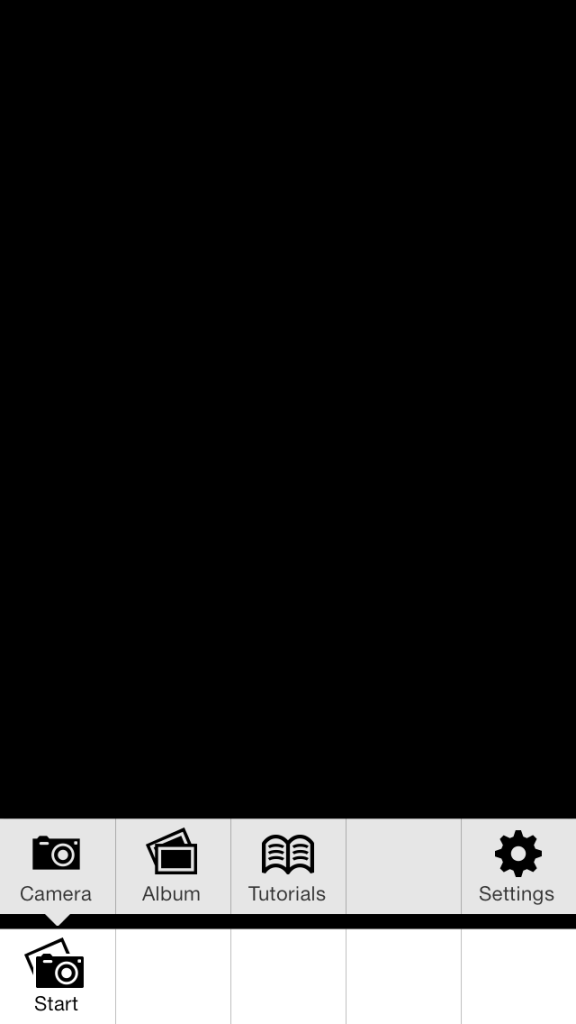 2. The first thing we need to do is to create a Shallow Depth of Field around (or along) the objects we intend to fake the miniature effect. We can do this by using the Blur tool. 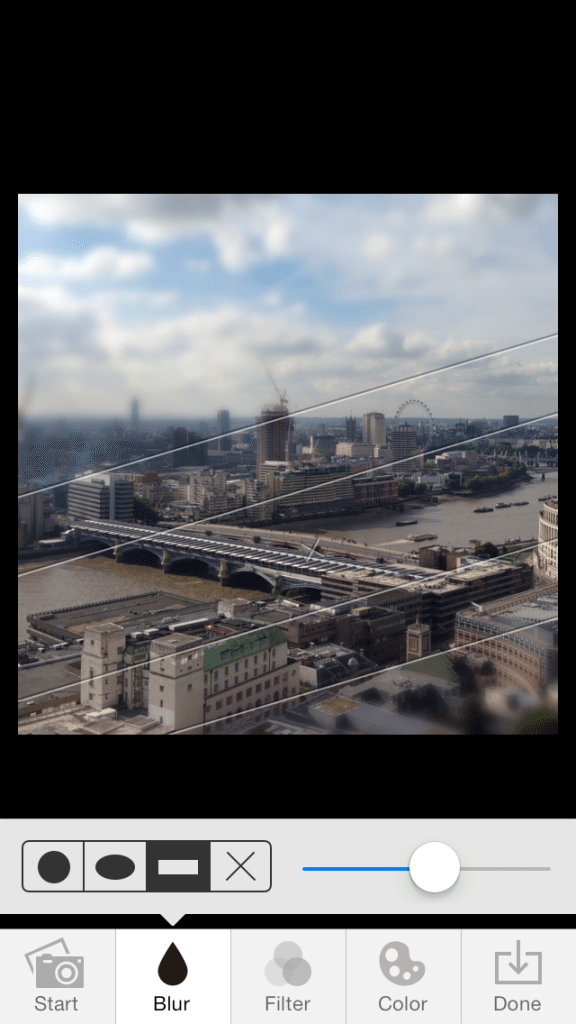 If you have used this tool in Instagram or other app that has Tilt-Shift feature you would’ve had been familiar with how it works. As you can see from the screenshot, the Blur Tool has 3 options for different blur shape, and one to turn it off completely. The 3 shapes are Circle, Oval and Linear. For this particular scene let’s choose the Linear Blur.
Each of the Blur Tool has 2 area, the inner area and the outer area, which are depicted with 2 borderlines. The inner area is where the object is the sharpest, in fact no amount of blur is affected here. The outer area is used to adjust how gradual the blur is applied starting from the the border of the inner area. Outside the outer area the blur is affected 100%. You can adjust the position, angle and size of the inner area using your fingers; while the outer area can be adjusted using the slider. Play around with the blur tool until you can see that the miniature effect is achieved optimally.

3. The next step is to adjust the colour. As I described above, we need to change the colour palette of the original photo into something a bit ‘unrealistic’. This effect can be created by making the picture more saturated, brighter and to have stronger colour contrast.  Finally, we can add Vignette to focus the photo more to the miniaturised object. 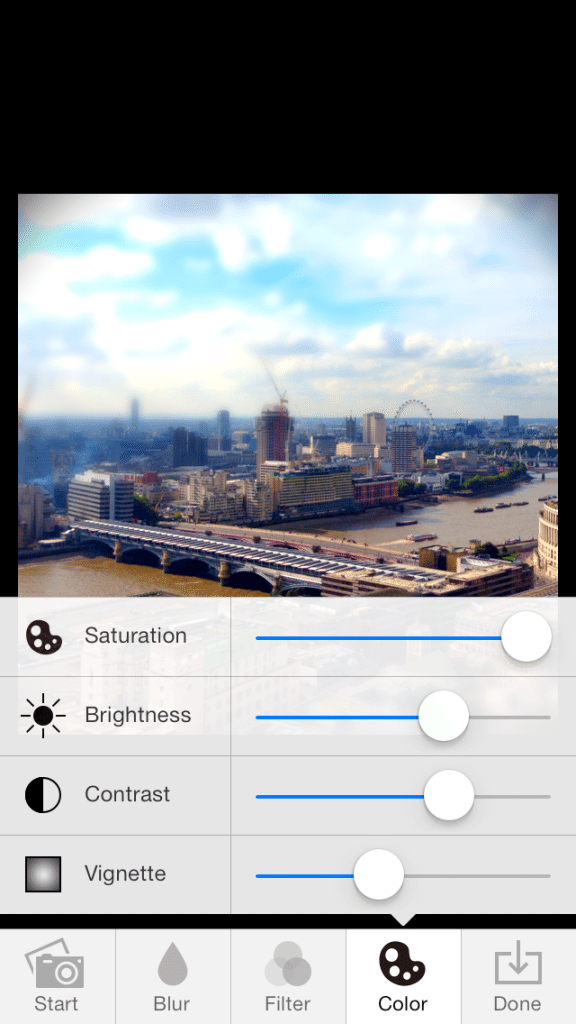 4. At this point you should have a good Miniature Photo that you can save to your photo album.
In addition to the above process, TSG2 also provides Filters which you can use instead of the colour adjustment. 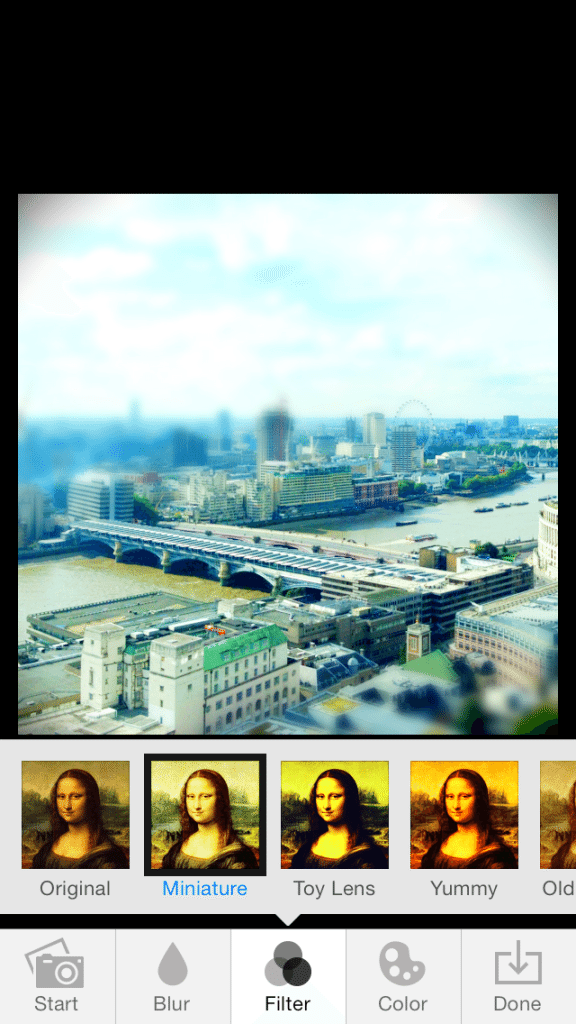 The key to a perfect Tilt-Shift photo is to know which scene is the best for creating the miniature effect. This as usual would take practice. But with the help of TiltShiftGen 2 you can easily and quickly create one from one app.

The only thing that I don’t really like on this version of TSG is the Vignette tool.  In my opinion the resulting Vignette effect on this tool is a bit on the ‘harsh’ side, the line is to pronounced.  On the contrary, the previous version of TSG has smoother Vignette.  I have notify the developer about this, let’s see if they will fix it on the next version.  In the meantime you can always use other apps to add the Vignette effect.  Snapseed or VSCOCam for example, make nice Vignette. 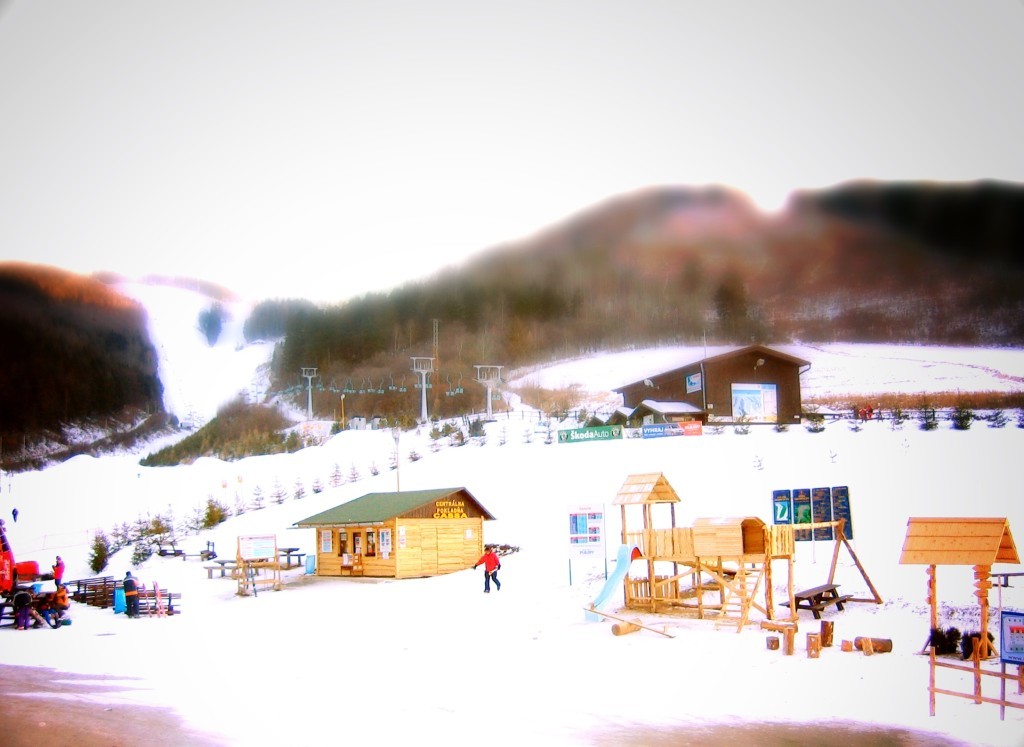