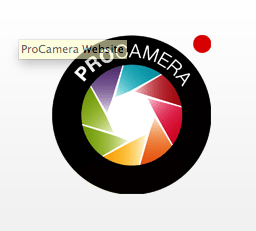 By now you should already know that ProCamera is my ‘Weapon of Choice‘ when it comes to ‘catching’ that unique moment. Recently, just in time for the release of Apple’s new iOS7 and iPhone 5c/s, ProCamera’s dev team has released a successor of ProCamera, dubbed ProCamera 7.

Before we go in more details, just a bit of heads-up for owners of the original ProCamera (I will call it ProCamera Classic), the ProCamera 7 is an entirely new app and not an upgrade of the original one. As a matter of fact, this version won’t work with any older iOS apart from the new iOS7. It’s not free either, although the nominal cost is minimal (compare to the $4.99 we had to fork for the original) that I don’t think you would have any problem getting it.

The team, via their blog post, explains the reasoning behind this decision. Apart from the obvious financial compensation (app development do cost some money after all), they also wanted to concentrate their development effort on the new technology, namely iOS7 and anything come out in the future, presumably without needing to think about ‘backward compatibility’ with older iOS. It is a brave move, and if we love ProCamera, we should support their development effort.

For new users, you may choose to get ProCamera classic (you can read my review here), or you may choose to get both, especially if you have the latest iPhone 5S and want to get the most out of your shiny new phone.  Which ever you choose you should read on for more detailed review about the new ProCamera 7, and if in the end you don’t feel that this version if for you you can still get the classic version.

And talking about getting the most out of our phone, the ProCamera 7 has been redesigned almost from the ground up. With the aim of making everything easier and faster, the user interface has been reworked. Most notably you can see the hint of the iOS7 flat design everywhere you look. Some of the advanced functionality has been move around to make it easily more accessible and less cluttered.

It has also gained a new editing suite and more importantly a big number of Professional Filters and Effect. Two sets of these filters were created especially for ProCamera by 2 ProCamera gurus and avid mobile photographer.

Let’s have a look in more details what has been changed or added to ProCamera 7:

Most of the important camera controls from the classic version are still there and have not been moved. Shutter Release, Secondary Shutter Release for Self-Timer/Anti-Shake, the separate Focus and Exposure are on the same place as you can see in the following screenshot. 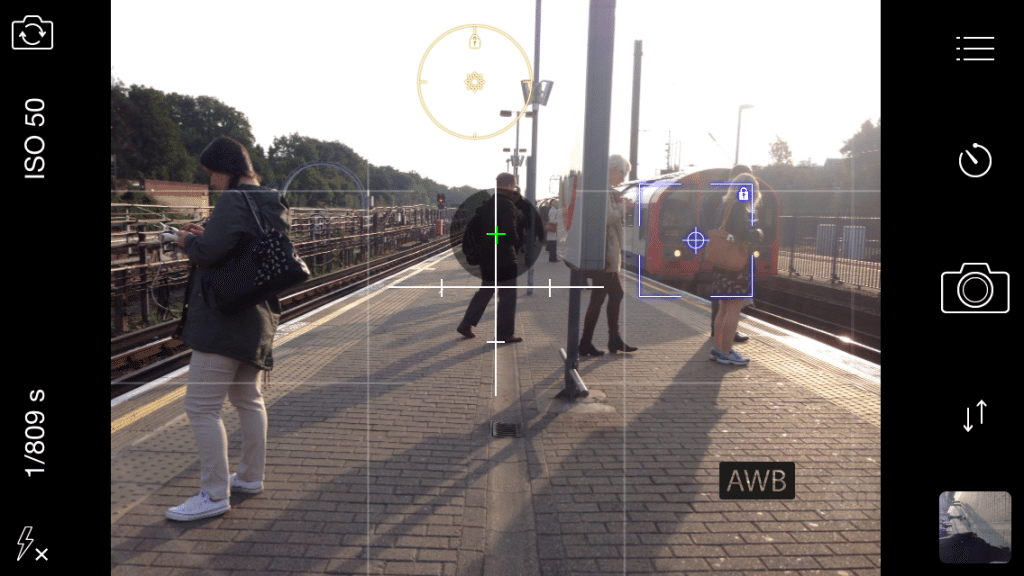 The Control Panel however has been slimmed-down and redesigned so that advance functions are more easily accessible. Let’s go through each of them:

1. Settings: Access to the app settings used to be located under the Pro button in ProCamera Classic and it is now has been moved here, which I think it’s a more logical place.

2. Anti-Shake and Self-Timer are still the same as in the classic version. These buttons works as a toggle, meaning if one is selected the other will get unselected and vice-versa. And depending on which one you choose, it will change the function of the Secondary Shutter Release.

3. Full Screen: This is a new feature. As I mentioned above, the dev team has reworked the the UI to free the app form unnecessary clutters so that we can focus more on the object that we shoot. The Fullscreen functionality will turn off most UI but the important ones (shutter release for one) and enable you to use the whole screen as viewfinder.

4. Aspect Ratio: This Capture Format function has gained some additional aspects. In addition to the classic 4:3, 3:2, 16:9 and 1:1 Square Format; it has also added 3:1 and the Golden Ratio format. 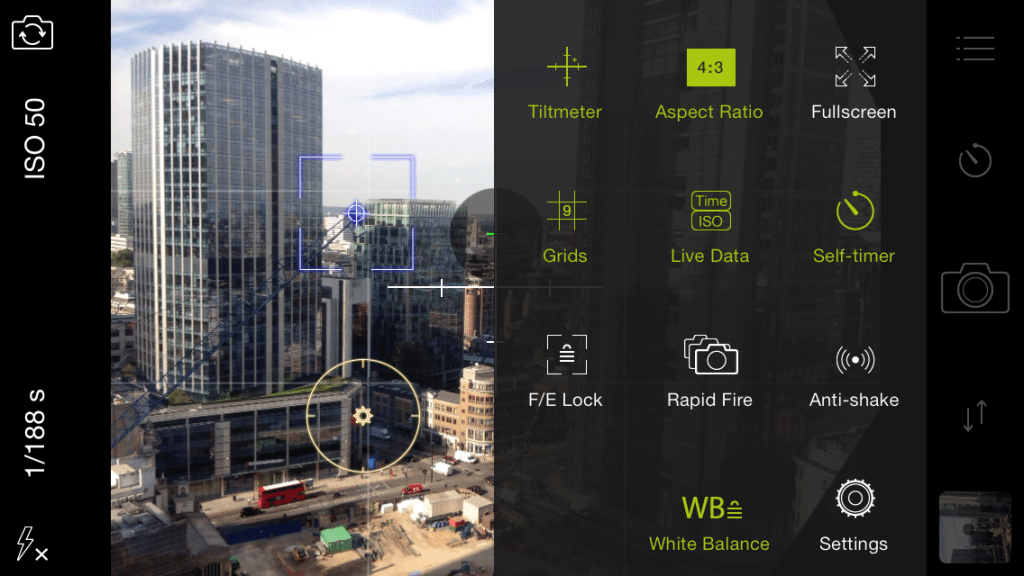 5. Live Data: This will toggle on and off the display for ISO and Speed indicator.

6. Rapid Fire: In the classic version you have to go to the app setting to turn Rapid Fire functionality on or off. In the new version this toggle is available directly on the Control Panel. When you turn the Rapid Fire mode on, the main Shutter Release icon will change to indicate that Rapid Fire mode is active. In addition with this Burst Mode the app will shoot photos faster in iPhone 4S (up to 4 shots a second) and in iPhone 5 (up to 10 shots per second).

7. WB Balance: This setting is a toggle to show or hide the AWB lock indicator. The AWB lock icon itself has been moved closer to the Control bar. You can then tap on the icon to lock the White Balance.

8. 3D Tiltmeter: Owner of Classic ProCamera will notice that the Compass and the Virtual Horizon are gone. Instead you will get this new 3D Tiltmeter. For me this is one the most important redesigns of this app. Let’s just say the old way of levelling your shot using the compass and virtual horizon was not very easy, there were to many moving parts that distract your from the actual job of capturing the scene. The new 3D Tiltmeter simplify this process by using only one moving indicator that works together with special static reticle in the middle of the viewfinder to indicate your level horizontally and vertically at the same time.

9. Grids: A must in every decent camera app, the Grids overlay helps you to compose your picture according to some rules. There is no addition in this function however, you will still have the option to turn the grid off completely or the selection of having the Small Grids, Rule of Thirds and Golden Ratio.

10. F/E Lock: This button replaces the Expert Mode option from the Classic version. If it’s turned on you will get one of the feature that makes this app the best camera app for taking Street or Candid photos, i.e. you can separately set the Focus and Exposure using the two controls, AND you can Lock either of them or both!

The next part of the app that gets additional feature is the Camera Mode switch (the one on the left of the main shutter). In the classic ProCamera this switch will enable you to switch among Video, Photo and QR Code mode. In ProCamera 7 you get the new Night Camera Mode. 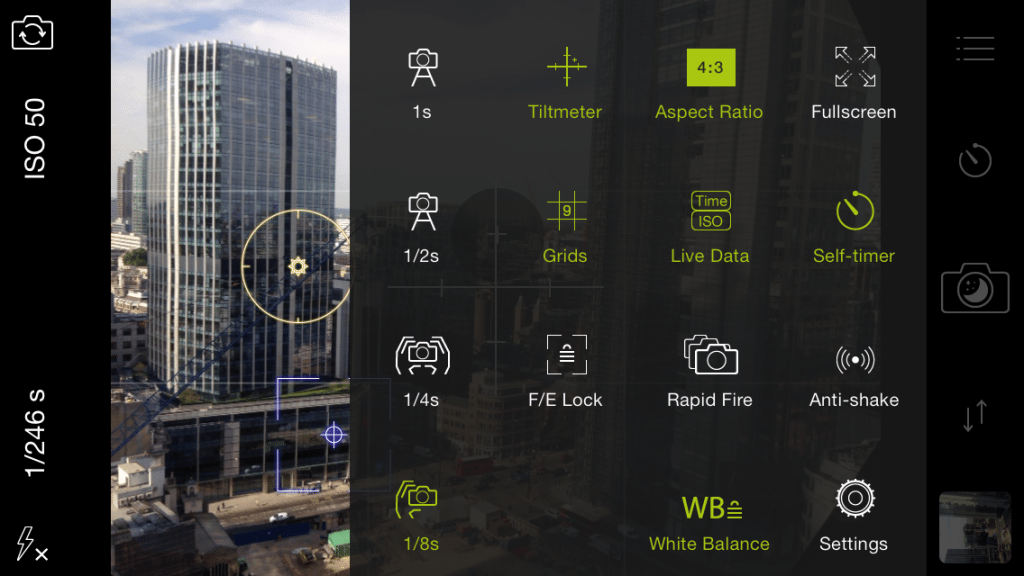 When you enable this mode you will gain an extra settings on the Control Panel, which will allow you to choose your shutter speed! You can now select between 1/8s, 1/4s, 1/2s and 1 second. Obviously when using the the slower shutter speed you need to care about camera shake which can make your photo to get blurry. Fortunately using the Anti-Shake or the Self-Timer (and a Tripod) function you can overcome this issue. An indicator will also be shown at the display info bar that will tell you whether the light coming in to the app is adequate for a particular shutter speed.

The Video Mode has also been enhanced and redesigned. Now, when you switch to Video Mode, the Control Panel will also contextually change accordingly, taking away functions that aren’t related to job and adding some video specific functions. 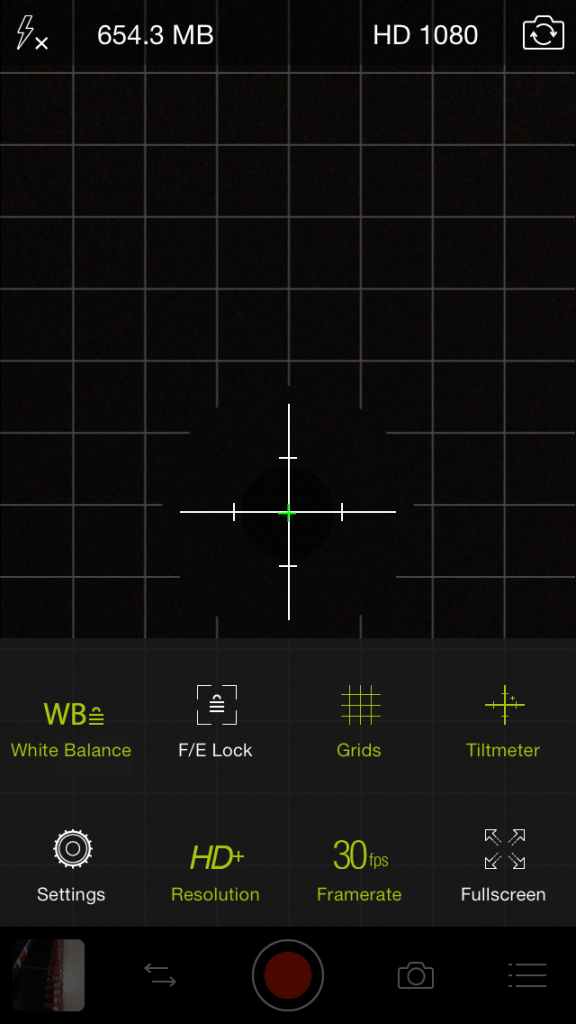 The first function is the Resolution selector. Using this selector you can choose between VGA, 720p, 1080p or Maximum HD resolution with maximum FPS. 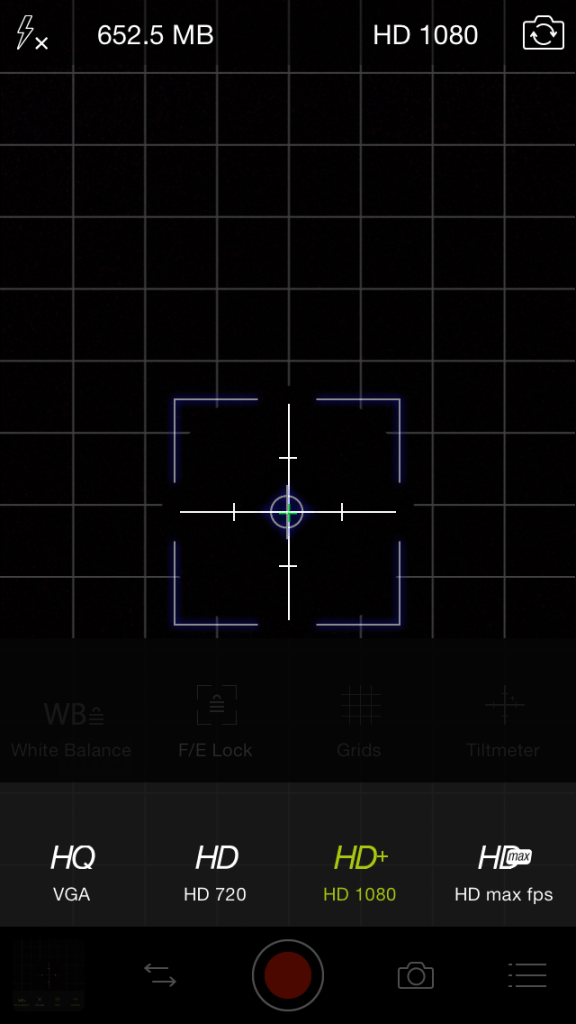 The second function is the Framerate selector. Using this selector you can choose between 24fps, 25fps, 30fpx or the Maximum framerate, which would be 120fps for iPhone 5S and 60fps for the rest. 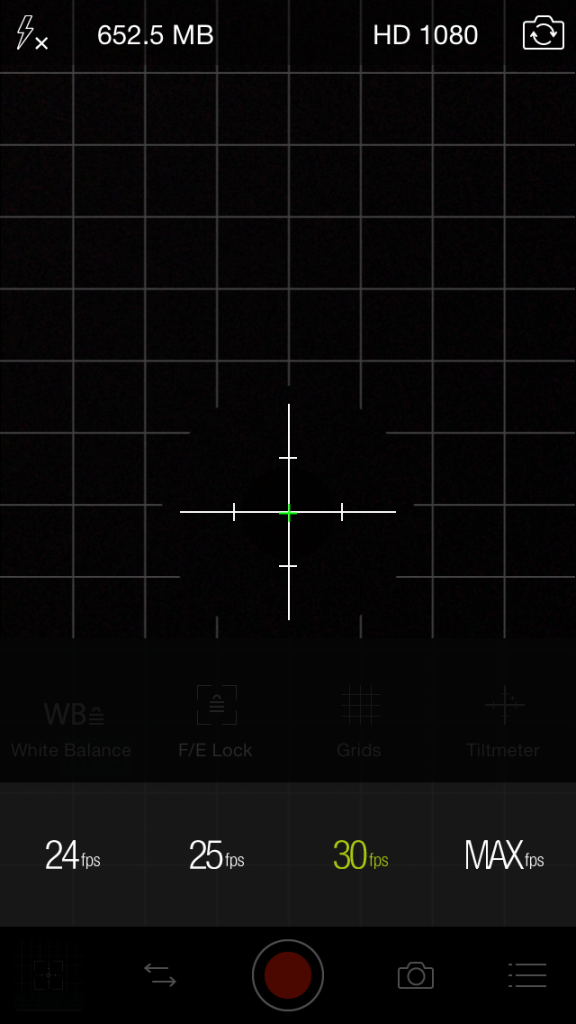 The selected resolution, along with how much memory space left available for your video will also be displayed on the Info Display Bar.

In all honesty, if there is one drawback from the Classic ProCamera, it’s got to be the editing tools and filters. I must say I hardly ever use these features. It’s not that they are bad, in fact some of the tools like the Tone Correction and the Histogram are quite unique to ProCamera, but in term of ease of use other apps are much better to use (Snapseed comes to mind). As for the filters, again other apps have obviously better ones (VSCOCam, Camera+, etc).

But with ProCamera 7, the dev team have redesigned the Editing Suite and made it easier to use. The PRO button on the classic version has been replaced with the Lightbox Preview button, from which we can access the Photo Album. From there we can then choose which photo we want to edit.

The UI of the editing suite now looks more familiar to general users who have been exposed to other editing apps. Tools and Filters are grouped together and can be selected from the bottom bar, just like any other editing apps. The control for individual editing tool (Brightness, Contrast, Saturation, etc) has been simplified. The old manual slider has gone and been replaced with finger gesture (ALA Snapseed), very easy to use and somewhat more precise. The Crop, Rotate and Flip tools work as per usual. Also they have added Sharpen, Vignette and Boost tools to complete the suite.

In ProCamera Classic, the addition of Filters there almost felt like an afterthought, something that the team added just to complete the suite. In ProCamera 7 the Filters have undergone a major change. The ProCamera team has developed 50 Free Filters with professional photography in mind. You can also control the filter strength by, again just like the edit tools, finger gesture – no more sliders.

In addition to the free filters, they have also specially developed 2 sets (14 in each set) of ‘Premium’ filters. The first set was created by Jens Daemgen, a ProCamera guru, inspired by his visits to San Francisco.

The second set was created by Misho Baranovic, Pro Camera’s chief blog editor and a renowned Mobile Photographer on his own right. This Black and White set was specially developed for Street Photographers (as Misho himself is).

Both sets can be purchased in-app with minimal cost.
I believe the ProCamera team has managed to retain all the best things from the classic ProCamera, to make them easier to use, and even to add a revamped editing suite as well as awesome filters to complete the set. Granted there are a few feature that didn’t make this version, things like Histogram and QR Code, but unless you regularly use these features, you wouldn’t miss them at all.  Besides, the dev team has promised that the missing features will be available on the next update.

For me ProCamera is still the best iOS Camera App, especially because I shoot Street and Candid a lot (the Fullscreen Trigger is a unique feature for ProCamera).