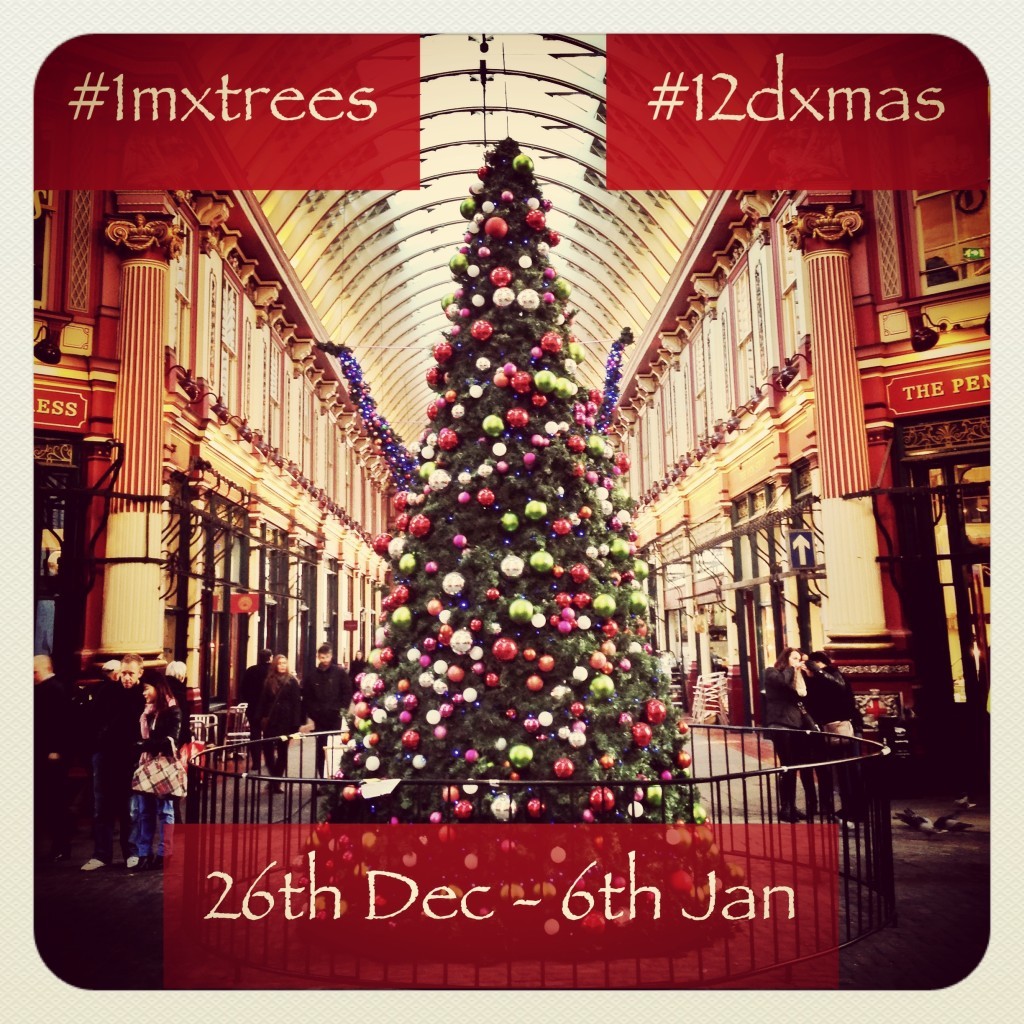 For the past 2 years now, I have been running similar Instagram challenge every Christmas. And this year we are going to do it again, the same goal but different time.

For you who doesn’t know what the challenge is all about, you can read my post last year at @1mxtrees,  but basically, we’ve been collecting as many photos of Christmas Trees (live or otherwise) as possible and tag them with hashtag #1mxtrees. It’s called 1mxtrees because we’ve been trying to collect 1 million trees 🙂 The first year we did it our target was 1000 trees which was broken in a week, last year we reached more than 10 thousand! It’s still far from the million goal I set, but this is not the most important part. The most important part is the spirit of Christmas, in a way that we, as community go and do something for the same goal. You can ask anybody who’s done it before, and they will tell you that they had a fun and good time doing it.

What you need to do:
1. Post photos of Christmas Trees as many as possible, it can be a live (but not the one that still on the ground) or plastic one, it could be also in a form of an ornament that symbolize a Christmas Tree.
2. Tag it with #1mxtress and #12dxmas – New or Repost only if you can. Please don’t tag photos older than December this year.
3. Spread the news
4. Follow @1mxtrees and @mahadewa for more info

Now, normally there are prizes to give away with the challenge, this time we will have them also, although it won’t be as many as before.

1. Calendagram: They are giving away a couple of wall and desktop Instagram Calendars. Please check em out in IG, the Website and download the App in Appstore (it’s Free).

Winners will be chosen personally by me and will be announced as soon as the time ends.

So, the more you post the more chances you have to get the prizes.

Have a great New Year and Happy Hunting!