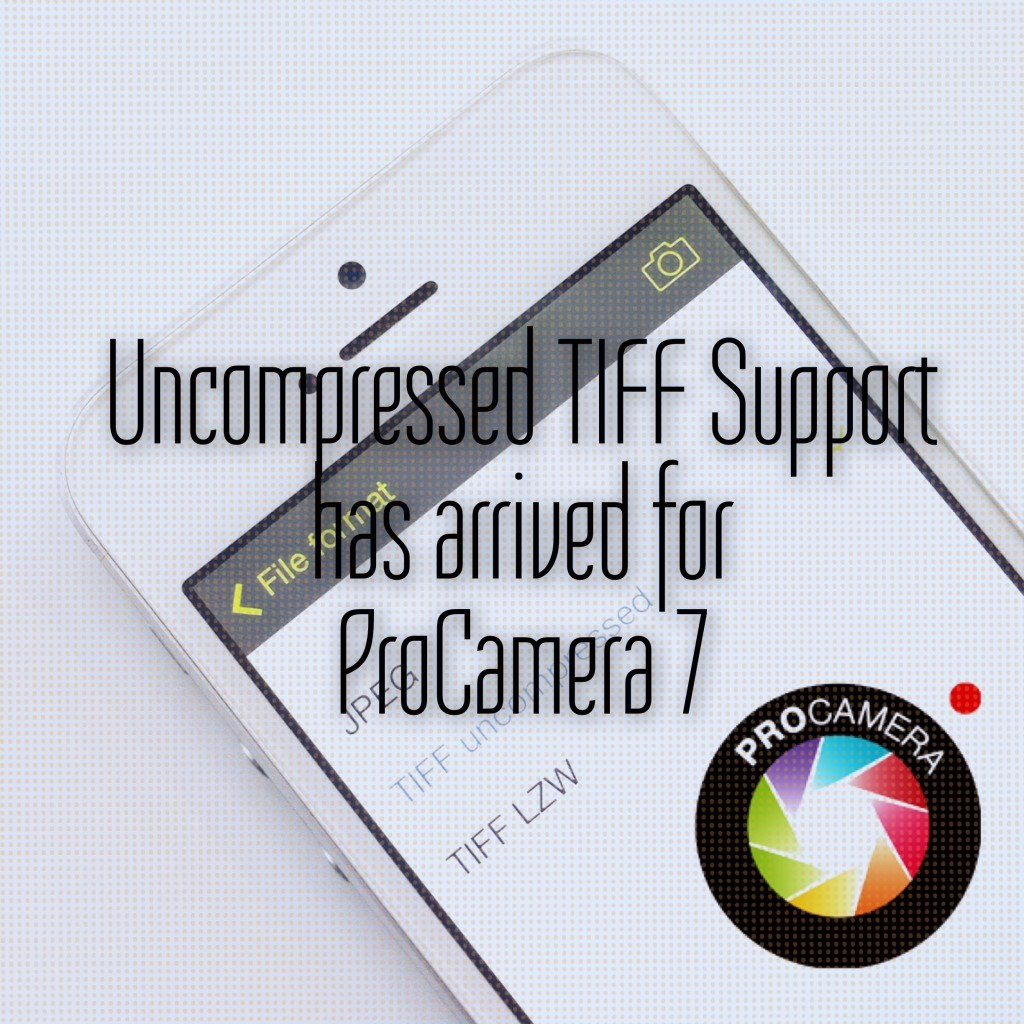 I was punching my hand in the air today when I read the list of new features that came with the latest ProCamera 7 update. I was so happy because one of my top item in my wish list was thetre. At last ProCamera 7 supports the uncompressed lossless TIFF format! Rejoice! 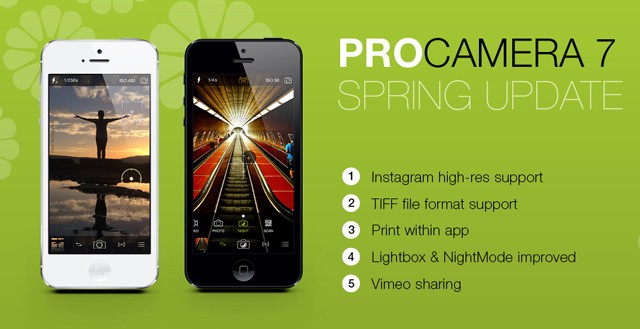 This very feature was the only one left, in my opinion, that put ProCamera 7 a little bit behind other iOS Camera replacement apps, such as 645 Pro MKII, Pureshot, ProCam 2, Mattebox, Hueless or KitCamera. Today I can say again what I had said before that Pro Camera 7 is definitely the iPhone Camera App every passionate Mobile Photographer must have.

Why do you need to care about Lossless TIFF?

As you know, our iPhone standard camera app, and practically all iOS camera replacement apps, would produce JPEG images by default. The JPEG format is an image format that uses a lossy compression method to keep the file size to minimum while trying to retain as much detail as it could. 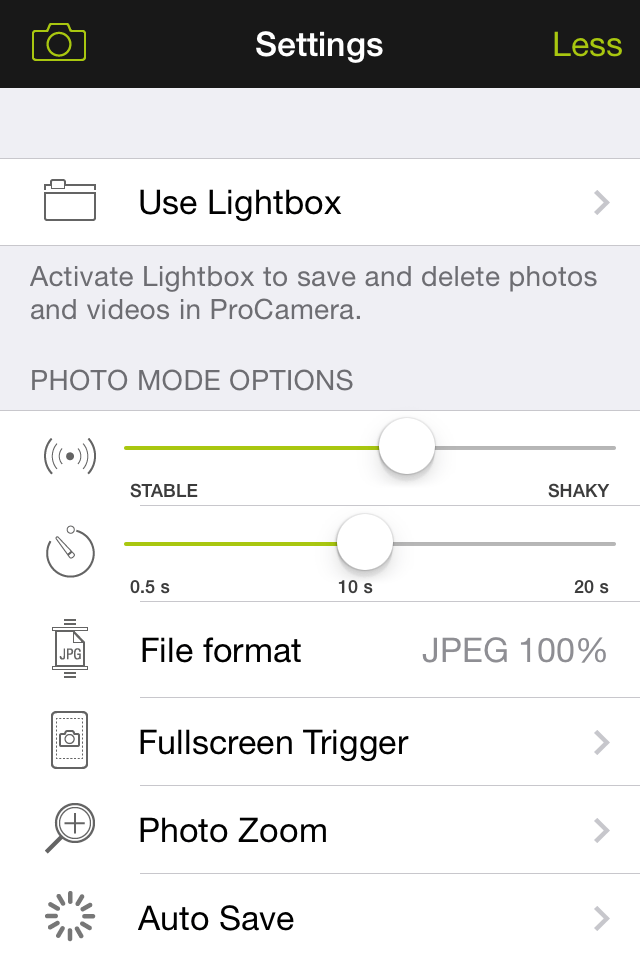 The resulting image quality is more than adequate typical uses, such as direct sharing to social networks like Instagram, Facebook, Twitter, Email, etc. Or showing them via digital displays like your iPhone, iPad, Laptop or Digital TV. Or even printing to various physical media is possible, we’ve seen mobile photography exhibition many times. I’ve seen and heard many people had been surprised to see how good iPhone photos turned out to be, considering that it was taken with a smartphone.

But the story is a little bit different for more serious mobile photographers as I know you all are. Mobile Photographers almost never directly share their photos without doing some post-processing first. This could be as little as fixing exposure, contrast or sharpness; adding some filters, effects or overlays; to as advance as doing manual HDR edit or multi-layering Digital Imaging. All of these require multi apps workflow which recently had been dubbed with the term ‘App-Stacking‘.

This is unfortunately where the JPEG format starts to show its weakness. JPEG format, or any lossy image format for that matter, suffers from what it’s called ‘Generation Loss‘. It means that each time you open, edit and re-save your image in one app, and then do the same in other app, for multiple times (exactly like when you do app-stacking); there is a good chance that the image looses a bit of details or quality, and compression artefacts start to show.

Not so if you use a lossless format like TIFF. Provided that the app you are using can re-save back in or export to TIFF, you will get no degradation in quality, compare to using JPEG. Moreover, the TIFF image file ProCamera 7 creates will contain the ‘uncompressed‘ image that is gotten directly from the iPhone. This is the same image the iPhone is also using before it compresses it to the final JPEG you normally get. Brilliant! 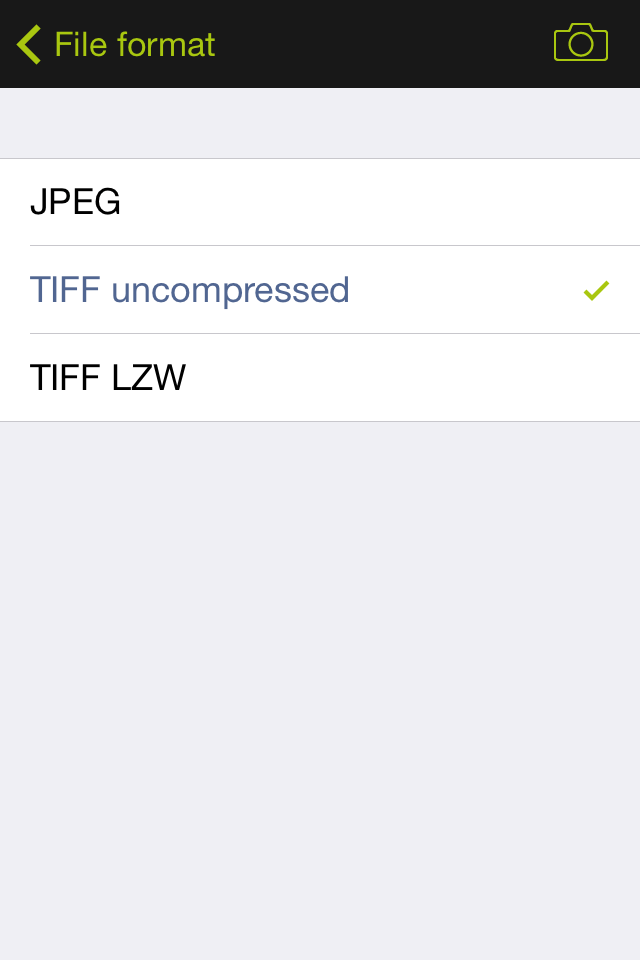 First and probably the biggest deal breaker when deciding to use Lossless vs Lossy format is by far the image size. The size of TIFF images created by ProCamera 7 are easily up to 8 times bigger than the normal size of compressed JPEG images. Consequently, you will run out space more often than you usually used to. Though this might not be a bad thing. Just like the old days with film camera, you realise that you have a limited space so you will think more before you shoot. It could be a good way to improve your photography, albeit in a forceful way. 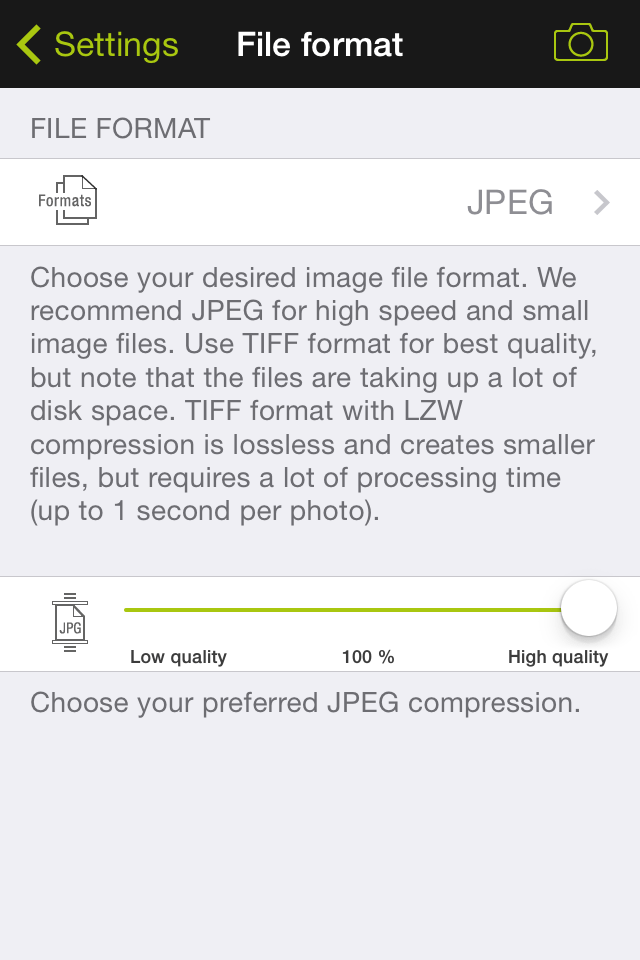 Also because the massive file size, it won’t be very ‘practical’ if you want to send it via email to somebody. You would need to re-save it to a smaller JPEG before you can do this. All photo editing app (that can open TIFF) can save image to JPEG, and all photo sharing app will compress your image anyway, so this doesn’t really matter so much.

Last but not least, as far as I know there is only one iOS Photo Editing app that support re-saving and exporting to TIFF format. Sure many apps are able to ‘open’ and edit it, but not to save it back or export it to TIFF. This cool app is Filterstorm Neue, a very powerful photo editing app loved by many mobile photographers.

It is worth to note by the way, that the uncompressed image we get here is NOT, as you might’ve led to believe, the RAW image you know the bigger DSLR can produce. The DSLR RAW is an image that comes pretty much ‘directly’ from the camera sensor, before any internal image enhancements are applied. It’s basically the image exactly as the sensor see it.

The iPhone uncompressed image sadly is NOT this. There is apparently a way to get the RAW iPhone image, but that road is closed (prohibited by Apple). So at the moment, this is as good as you can get to the source.

The ability to get the uncompressed image is a long time coming feature for ProCamera 7. So as you can see I am very excited about it. Having said that, I must admit that this is not for everybody. An average user will be more than satisfied with the standard compressed JPEG image and probably never have the need for the uncompressed one.

Using an uncompressed image as the base for your further image editing is more preferable then using a compressed image as you will keep the image quality more or less intact between edits. You should only export to a compressed format when you finish with all your editing and about to share it out or print it. This way you won’t loose much detail or quality until the very end.

The bottom line is, having uncompressed images to start with means that you have more freedom to do what ever you want with your images.  You can store them as archives or edit them to your heart content and export them to which ever format you need, all the time ensuring that you always have the highest quality possible.

Apart from the uncompressed TIFF format support, ProCamera 7 also supports TIFF LZW compression.  This is also a Lossless compression but with the resulting image having smaller size compared to the standard TIFF.  The trade off in using LZW compression is that each photo you take will take longer to save to the album due to more processing needed to achieve its ‘magic’.

And while we are in the topic of file format, if you have noticed from the screenshot of the setting page I’ve attached above, you would see that ProCamera 7 also supports higher JPEG quality.  This will create JPEG image with less compression (better quality) but 3-4 times the normal JPEG image size.

Last but not least the latest version of ProCamera 7 supports a Higher Resolution for uploading your photos to Instagram.  This is something I didn’t know before.  Typically if you upload a picture from your photo album to Instagram, the maximum resolution Instagram will use is 1024×1024 (it used to be 640×640 but it has changed since the iOS 7 version).  Apparently Instagram also supports higher resolution, which is 2048×2048, but only if you take the photo via Instagram built-in Camera; or upload it directly from other app that supports this feature.  This is what ProCamera 7 had been added.  With hi-res upload, your Instagram photo will generally look better.

For more info regarding all the new features included in this version, please visit ProCamera 7 blog.