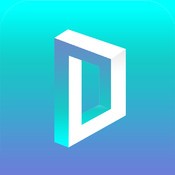 Anybody who watched the last Apple Keynote featuring the new and soon to be released iOS7 must know about one unique, if not gimmicky, feature of the new OS’s User Interface.

The feature is about how the OS icons are viewed in relation to the background. You have to see it with your own eyes to understand this, but basically as you tilt your device the icons would tilt respectively revealing some part of the background, hence creating the illusion of ‘depth’ or ‘3D’.  The term for this effect is Parallax View.  You can watch Sir Jonny Ive talking about these here.

Well, this new iOS app, Tadaa 3D, will create the same effect for you photo!

Tadaa 3D is created by the same team who brought us the Social Photo Sharing app Tadaa, which is one of Instagram’s greatest competitor (the other ones being EyeEm, Streamzoo and Flickr). But with Tadaa 3D the German-based team wants to take mobile photo editing one step further. Nikolas Schoppmeier, CEO & co-founder, says in his Press Release that they want to allow people to add a totally new dimension to their photos. He thinks that it’s quite unique and wants everyone just to have fun with it.

Basically with a simple tool, as simple as swiping your finger on top of your picture, Tadaa 3D then employs a sophisticated Edge Detection algorithm to detect which object needs to be masked and apply blur effect to the rest. The end result is a photo that has a shallow Depth of Field (DoF or also known as Bokeh) effect. In general Photography, Bokeh has been defined as ‘the way the lens renders out-of-focus points of light‘. In practice you see this effect when you see a photo that has a particular object (often located in the foreground, closer to the lens) with sharp focus, while the rest of the background renders out-of-focus or blur. This technique of Photography is reasonably easy to achieve using the traditional D/SLR camera, as easy as changing the lens to a telephoto one, but of course as you can imagine it’s almost impossible to do with our Smartphone Camera, at least not without the aid of extension lenses. 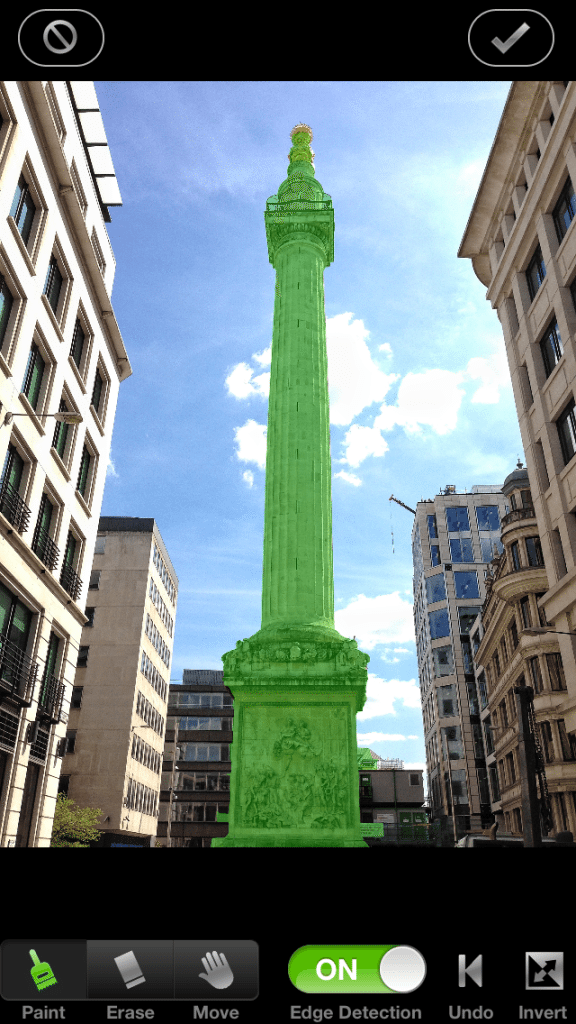 So for a long time mobile app developers have been creating apps to help us to recreate this effect in our smartphone. Hence, this idea is not new, a few other apps come to mind when talking about creating the Bokeh effect. For example Big Lens or Finger Focus. But as Friedemann Wachsmuth, co-founder and developer, explained to me when I asked him about its competitors and their feature:

“Regarding Biglens and FingerFocus: If you look closely, you will see how horrible their bokeh actually looks, especially at the borders to sharp foreground. They do cheap sprite rendering and alphablend at the edges, which is totally “unreal”. Tadaa simulates the physics of a true Tessar lens and renders physically correct bokeh (actually often more realistic then Photoshop’s DoF-Blur algorithm).”

Who am I to argue with German Engineering ;). Bokeh, however, is not the only effect that Tadaa 3D is good at, in fact it’s only half of the equation. The other half is what I have mentioned in the beginning of this post, the Parallax View. After you finish creating your bokeh picture and save it you will get to the second edit page where you can see your creation in Parallax View! 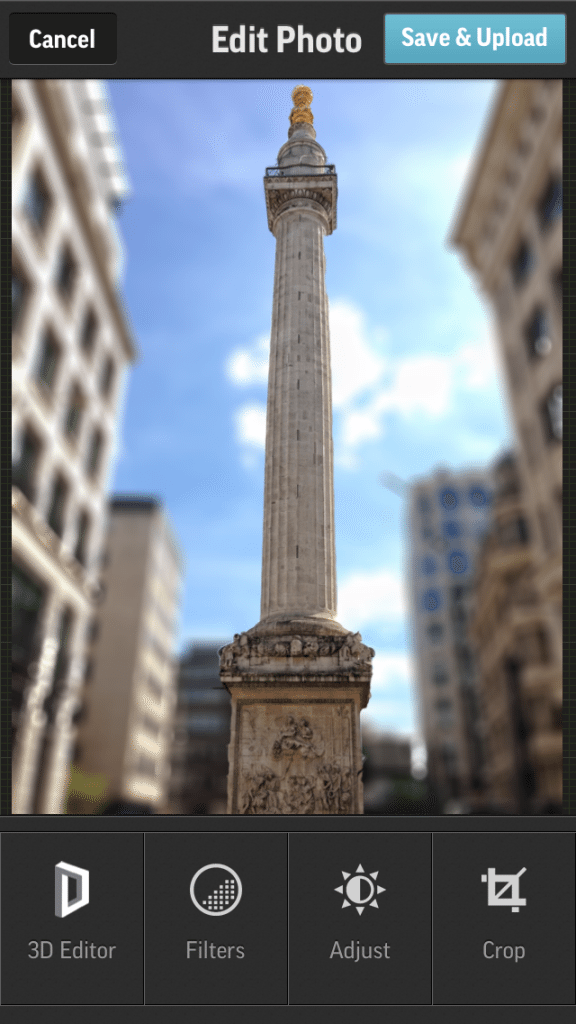 Tadaa 3D’s Parallax View is hard to explain with words, that’s why I’ve made this short video clip just to show you how it looks like in reality.

As you can see from the clip above, as you tilt your iPhone around, the object on your photo will also move accordingly. It is as if you can ‘peek’ what lies behind or underneath that object, giving you an illusion of depth in a three dimensional space. This is where the moniker 3D in the app’s name comes from.

I must say, depending on the photo and the placement of the object in the photo, the effect could be mind-blowing. The result can be a moving action shot, a floating ghost, or a funny incident. The possibilities are limited only by your imagination.

Apart from this special effect, Tadaa 3D also gives you a set of editing tools (Brightness, Contrast and Saturation), a set of Crop/Rotate tools, and of course a set of Filters. These filters are the same filters you can find on the original Tadaa app.

Finally, Tadaa 3D is not just a photo editing app, but it’s also a social app (I could’ve not expected less). As usual you can Follow people, Like and Comment on their photos. If you are already a Tadaa user, you can use your username to login to Tadaa 3D, and when you post something on Tadaa 3D it will be posted also at your Tadaa stream. 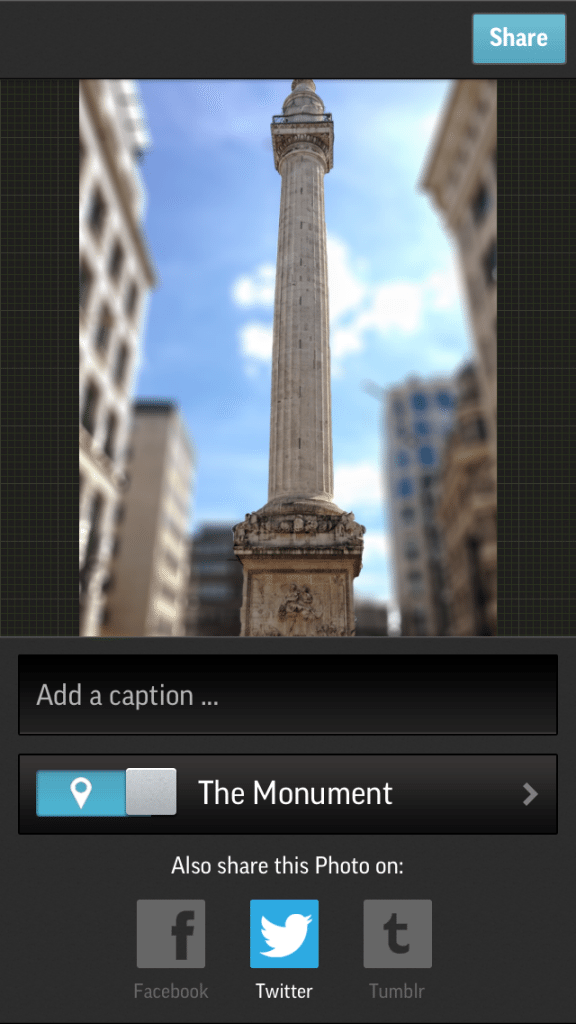 On Tadaa, your picture will retain its Parallax View when people view it, though there is also an option to view it directly in Tadaa3D. In addition to view the 3D creation inside the iPhone app, you can also view it on the web, which cleverly maintains the Parallax View illusion (move your mouse and you will see what I mean).

To get the URL link of your 3D photo, share your photo to one of the destinations listed on the share menu (the 3 dots underneath your photo), and you will get the link from there. Viewed on the web your photo would look like this:

For a first version, Tadaa 3D has shown a big potential. There are some drawbacks that I would like them to address, such as inability to save the 2D result to your Photo Album, and the lack of more precise control for the blurring process; but the developer had assured me that these will get fixed on the future version.

Speaking of future version, the next one has already been submitted to Apple and is waiting for verification. This new version should be available sometime next week. In the meantime I managed to get the change list for the upcoming version, which you can read here:

NEW:
• Swipe through 3D Illusions in Full Screen Mode!
• Advanced Blur Control for the Background
• 2D Versions can now be saved in your Library!

IMPROVED:
• Fixes Problems with Facebook Sharing
• Much faster Camera on iPhone 4
• Improved overall Performance and Stability
• 3D Illusions now can be shared to your tumblr blog

So what are you waiting for?  Download it right now!  After that, visit mine at @mahadewa and say hello 🙂