How To Kill/Close Running Apps in iOS 7

Apart from the ‘Missing Spotlight‘ problem, there is another important functionality from the previous version that seems to be missing in the new iOS 7. That is the feature to close (kill) running apps!

Everybody knows that since the previous iOS version, Apple turned true multi-tasking which means all apps can run simultaneously even when you open different one. They will just happily running in the background. And with this came the needs to be able to kill those running apps (to clear up some memories for example, or just simply to restart fresh).

To do this, in the past you would double click on the Big Button and the list of all running apps will be shown on a sliding up tray from the bottom of the screen. Here then if you tap and hold one of the app you will be presented with the ‘cross’ symbol you would already familiar with. Tap on the cross and you kill the app.

In iOS 7, you would do the same to get to the list of running apps as you would’ve previously had done, i.e. by double-clicking on the Big Button. Except that this time you will be presented not only with a list icons, but also a current screen-shot of the whole app screen.

Now if you try to tap and hold one of the icon or one of the screen-shot, in the hope to get the cross sign so you can close them, you will get ‘nothing’! Again, don’t be panic! Apple just making it more ‘intuitive’ to close the app. 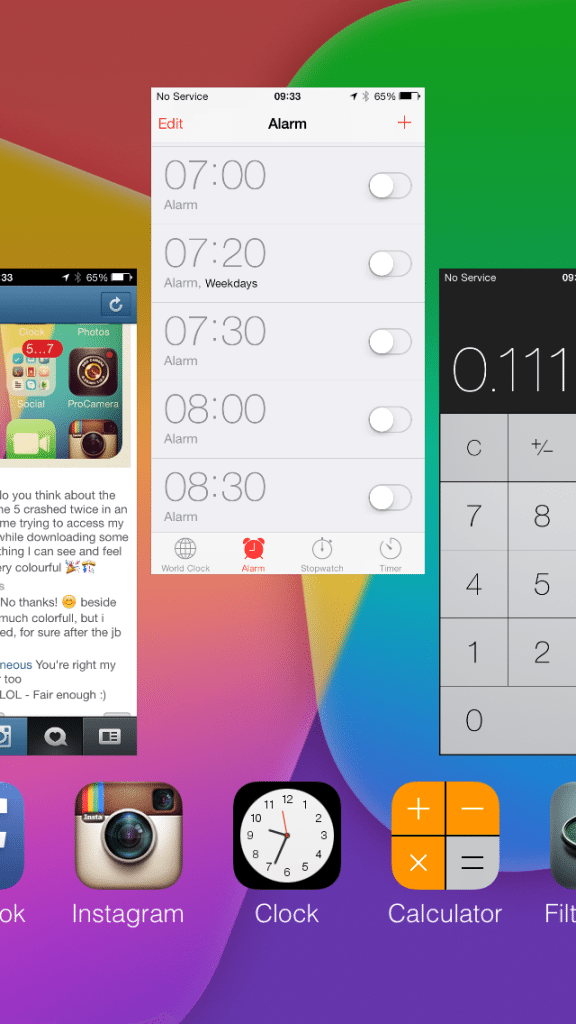 I must say, when I tried this the first time, it’s kind of hit and miss. Sometimes the screen-shot won’t Slide Up, and I had to do it again, firmer. But, it is what it is and we just have to get used to it now.