The iPhone 4 camera and its proceeding model the iPhone 4s were revolutionary not just to Apple products but to the world of smartphones as well. Their cameras set the pace for the future of iPhones while setting standards for the camera phone market. You know the name. Apple is an unavoidable company.

It doesn’t matter if you’re rabidly loyal to their innovative products or prefer Android, you’ve certainly at least seen their unique marketing campaigns.

Their inventiveness in pushing new technological boundaries alongside their fun approach to marketing has made them a force to be reckoned with. 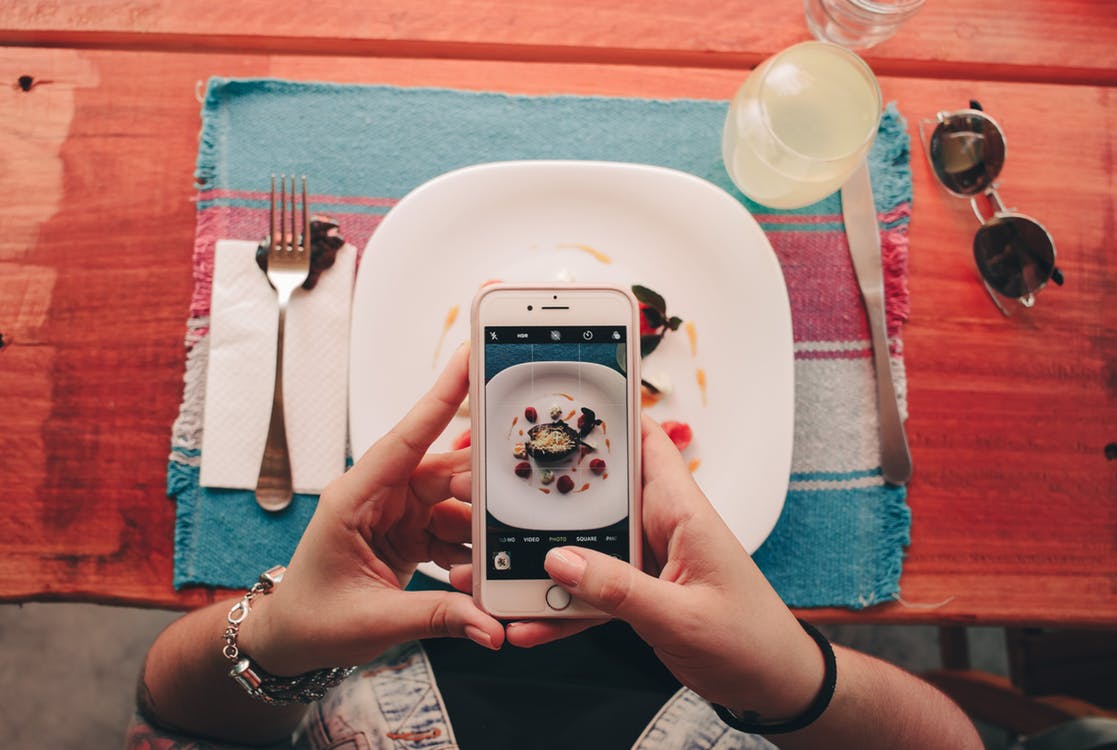 The iPhone 4 is a prime example of the type of product which made and continues to make Apple one of the foremost tech firms on the planet.

One of the enduring features about iPhones, and really all smart phones, is their ability to place several day-to-day consumer products and conventionally place them in palm of your hand. The iPhone 4 camera lives up to not only the smartphone’s trends, but to Apple’s innovative standards are well. 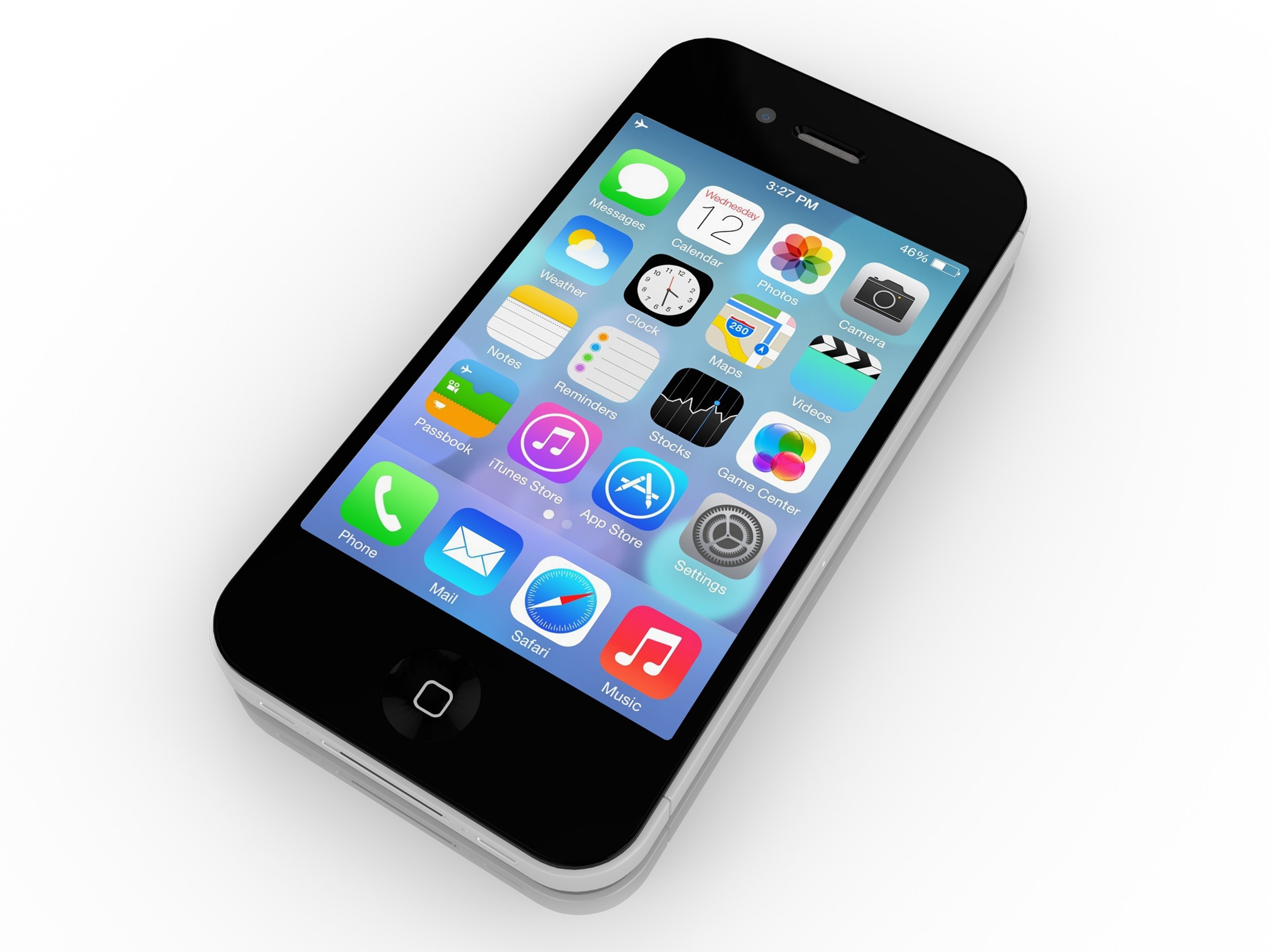 The iPhone 4 became available, and along with it, over 100 new features to separate it from its predecessor, the iPhone 3.

The 4 represented a complete overhaul for Apple. The 4 departed from the faults of the original iPhones while combining everything they had been working up to until that point.

In addition to a complete redesign of the body, this was the first iPhone to have a front facing camera and FaceTime feature. These developments are reflected in the iPhone 4 Camera’s overall capability, which in addition to its other upgrades, made it the most advanced iPhone of its day.

October 14, 2011 saw even further improvements to the iPhone 4’s groundbreaking debut with the release of the iPhone 4s. Apple had changed everything (again), by making the 4s even more formidable and fun than the its predecessor. It maintained the sleek new design while upgrading all of the fan favorite features that made the iPhone 4 so notable.

Arguably the most popular function of any smartphone is its camera, and the iPhone 4 camera and 4s camera set a standard for camera phones for years to come. The technology outperformed existing devices by exceeding their capabilities.

Both the rear and front facing cameras demonstrated impressive strides for Apple which made the iPhone 4 and 4s’ cameras the best they had produced to that date. It’s obviously important when reviewing a camera to consider its picture quality, but one thing that sets the 4 and 4s apart is the functionality their software provides.

What use is a great camera that lacks user-friendly capabilities? This was an obvious question that Apple had in mind, and one which the iPhone 4 and 4s’s cameras efficiently answered. 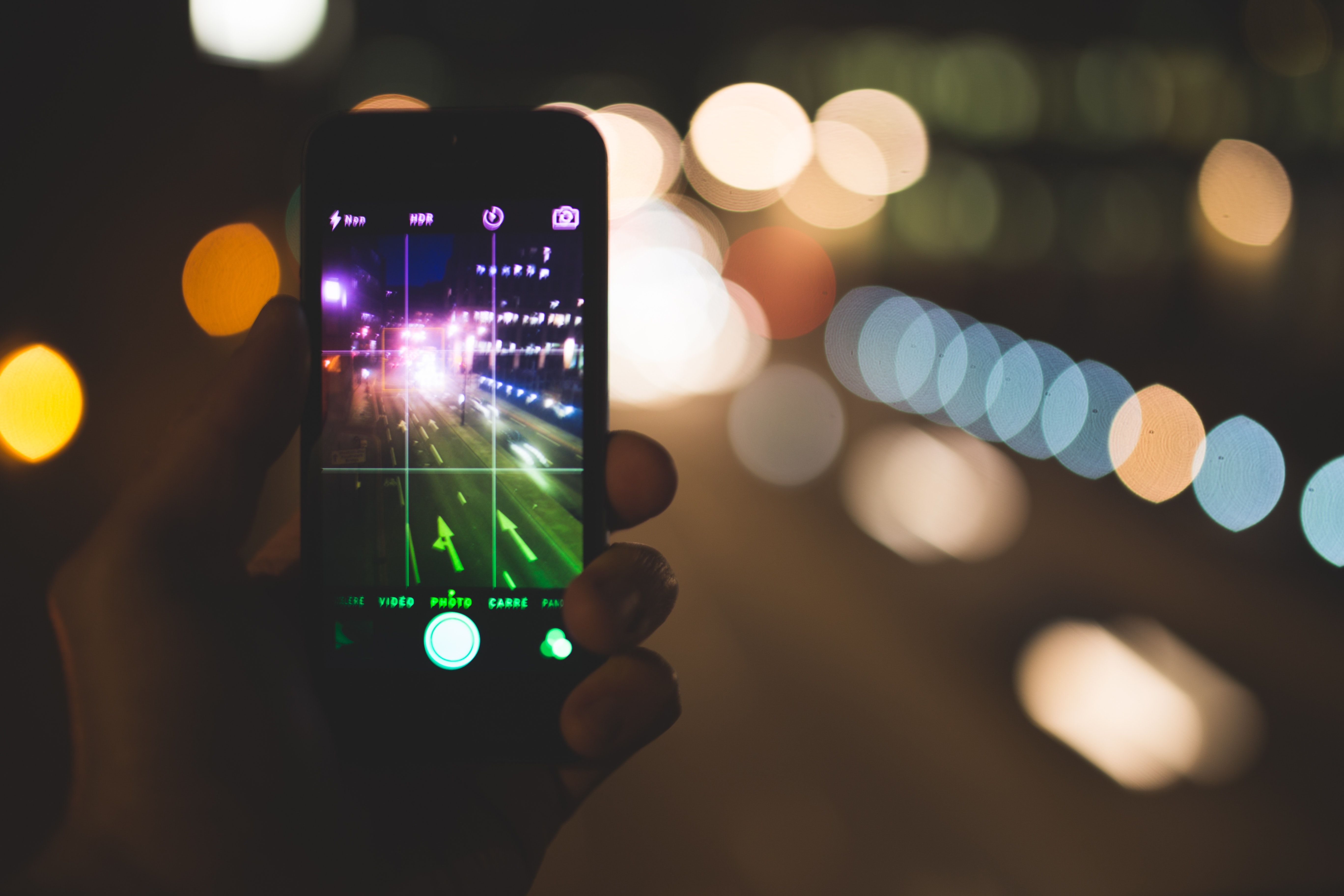 The data is in the details. The iPhone 4 camera was a huge upgrade to anything Apple had done with camera phones before.

The most noticeable change was the addition of the front facing camera for selfies. This change was as innovative as it was relevant since consumers love to take photos of themselves.

The rear facing camera is 5 mega pixels and is capable of 5x digital zoom. It’s also able take 720p HD videos and 16:9. The front facing camera takes VGA quality images, and additionally it can capture 1.4 megapixel still images and 360p videos. All of this is in addition to the camera’s LED flash which can be enabled for both photo and video.

Part of the beauty of the iPhone 4’s cameras is in how seamless it is to activate them. Both the front and rear facing cameras can be easily accessed when the camera app is in use and switching between them can be done with the simple tap of the camera icon.

The addition of the rear facing camera allows for Face-Time video calls with other iPhone 4 users, which works in tandem with the rear facing camera. You’re able to activate the rear camera to show what’s in front of it all while having your FaceTime conversation. This inter-app function also works while snapping portraits and sending MMS messages.

The iPhone 4 camera is fast. Even when its autofocus feature is engaged, it’s still capable of snapping photos with almost no lag time in between. However, it’s equipped for when you have a little bit more time to get the right image. Tapping on the screen where you want the camera to focus on allows you to adjust lighting and color balance.

This is an awesome camera. Apple has certainly advanced far beyond the functions of the iPhone 4 camera since its release, but it was a revolutionary product for its era.

Overall, the iPhone 4 camera gives you the ability to take beautiful photos using its front and rear-facing cameras. It takes high quality HD videos and it features user-friendly adjustment functions while shooting. It was the right product at a time of “camera phone explosion.” 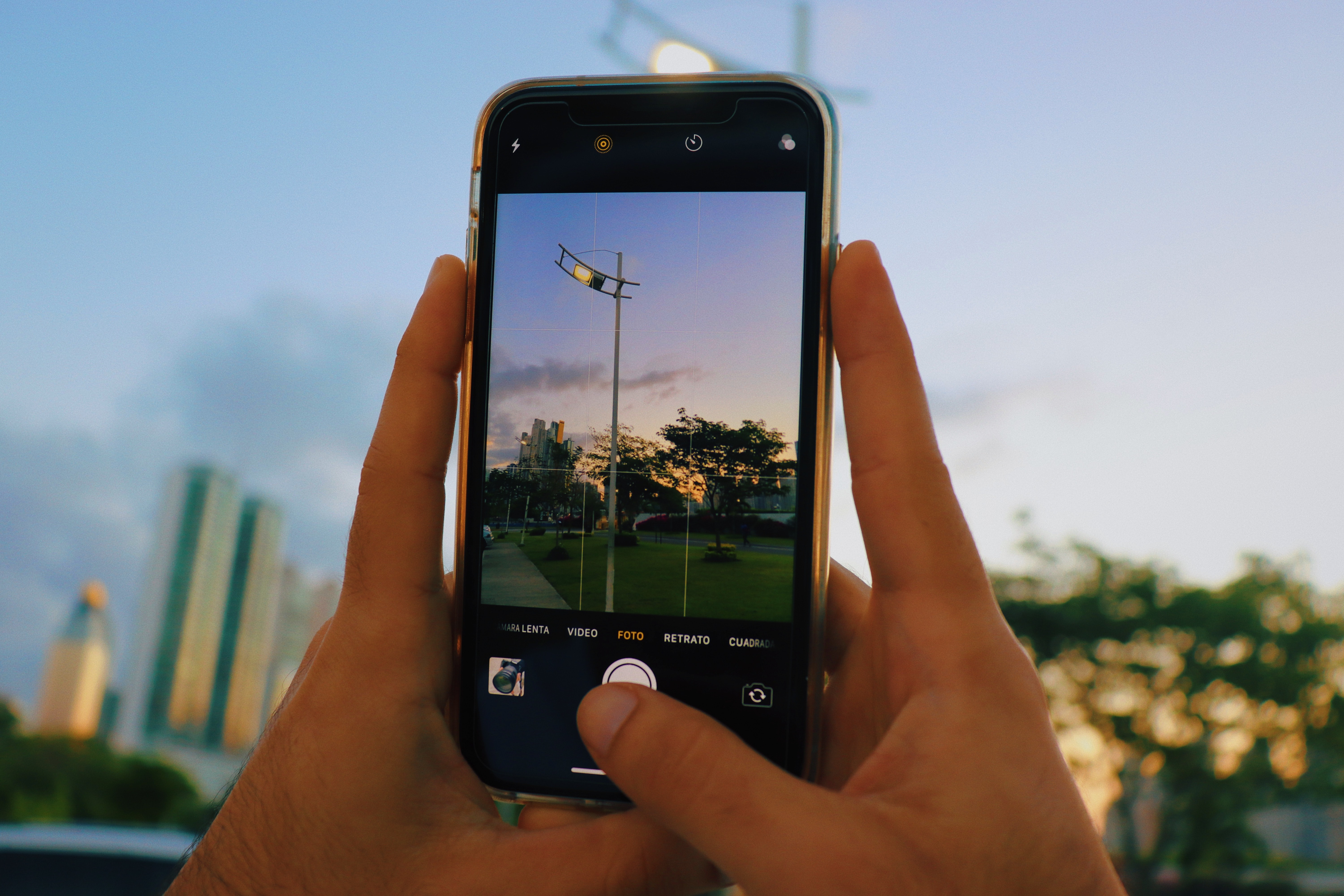 The iPhone 4s took the achievements of its predecessor to the next level. All the beloved features which made the iPhone 4 camera a revolutionary smartphone were improved upon, in addition to a host of other features.

The iPhone 4s camera has 3MP more than the 4 with a total of 8MPs. Pixels alone are great for making better images, but the updates go well beyond pixel count.

The iPhone 4s comes with a new sensor which is designed to hold larger capacity pixels. It’s not just more pixels, but more capable ones. This improvement allows for each pixel to have an increased light intake and creation of stronger signals, which ultimately result in cleaner and sharper images.

The iPhone4s was the fastest camera of its era needing only 1.1 seconds to take a shot. Its quick shot capability is only amplified by the its new f/2.4 aperture lens. If you’ve ever had issues shooting in the dark, this comes in handy by allowing more light for faster shutter speeds. Faster shutters speeds, equal less motion blur.

Another new in-app camera feature is the AE/AF lock. This function makes it simple to tap and hold on your desired shot allowing the lens to adjust for proper exposure and to take a series of shots. Also, the camera interface has added a viewfinder grid, HDR settings, pinching functions for digital zoom and swiping for photo gallery access.

It has better video quality than the 4 with 1480p, which is almost twice as much as the iPhone 4. The 4s’s faster processor in addition to increasing the phone’s overall functions allows for the camera to have real-time video stabilization. This makes all the difference in whether your video comes out shaky or smooth.

Close shots? Not a problem.

The iPhone 4 s has a wide aperture allowing you to take sharp photos of landscapes while maintaining an accurate depth of field. Additionally, the share zone function can be used to isolate targets situated close to the camera. Whether shooting near or far, there are features which allow you to get the shot you need.

Overall, the iPhone 4s camera is an impressive improvement on an already innovative camera phone. The hardware upgrades kept in mind the camera’s need to for high functioning processing and memory. The camera has an intuitive design, making it simple for you to take high quality photos and images.

Its functionality doesn’t focus so much on abstract photograph concepts. It takes simple ideas like photo quality, variety, and the user experience into consideration. With these things properly understood, it’s a phone which easily masters the major concepts of a camera phone.

The good and the not so bad 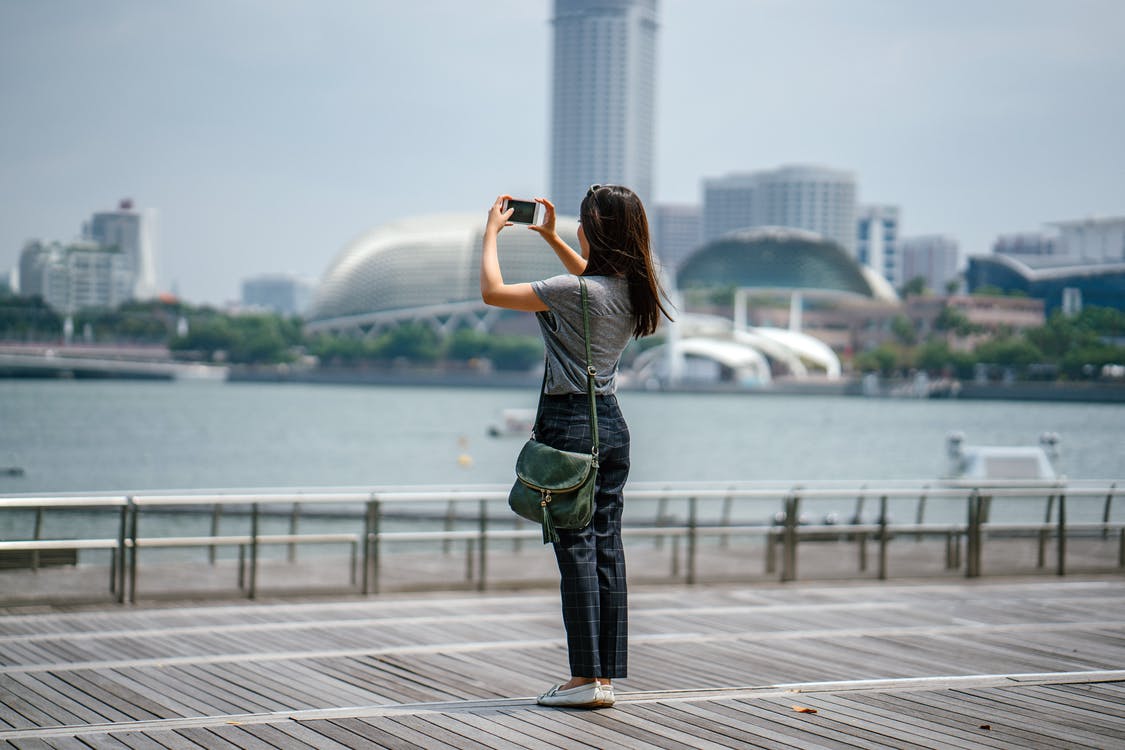 It’s easy to put out the few flaws in the iPhone 4 and 4s given how far Apple products have developed since 2010.

Despite great HD photo and video capabilities, the video was only capable of mono sound. File compression wasn’t very effective so 10 minutes of video footage took up 1.6gb or more out of the available 8g memory. Keep in mind that this memory wasn’t expandable, and iCloud was still in the works.

Filling Up Your Phone's Storage

Your biggest nightmare would be filling up your memory too fast between photos and videos (not to mention music and other space taking apps) with no way to recover them if they get lost. However, if you can manage your memory properly, it becomes increasingly difficult to badmouth the iPhone4 or 4s camera or any of its functions. Apple did a solid job in creating an all-around amazing smart phone with advanced camera capabilities.

There are certainly arguments in terms of phone editing capabilities and advanced photo options which can be made, but these are silly. For every fault you can find, there was some genius app developer or inventor who created a solution.

If the native camera software lacks options for the type of photo you want, simply download an app to enhance the camera’s ability. If the issue lies within the hardware, there are plenty of physical add-ons like lenses to transform your camera phone into a pretty amazing camera.

Chances are, you just want an amazing phone which can snap a great photo or video when the mood calls for it. If that’s the case, then the iPhone 4 is a pretty optimal choice.